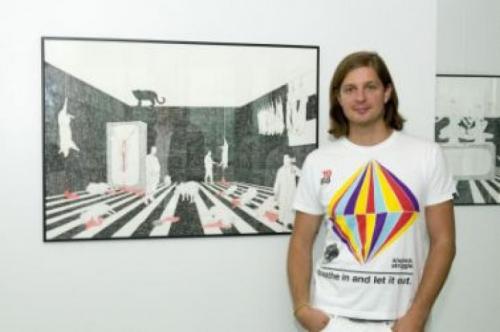 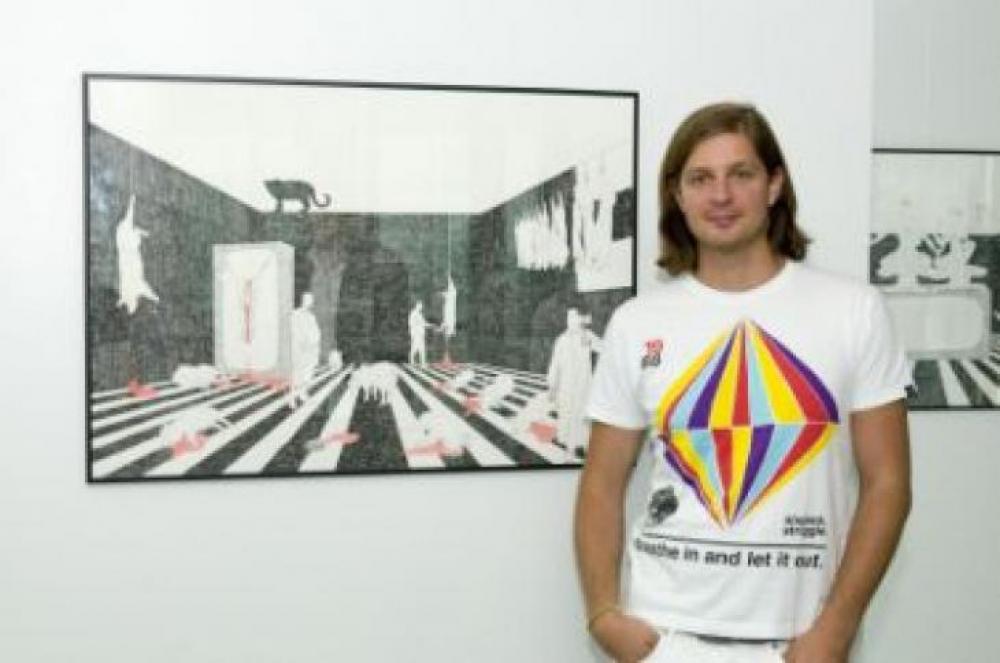 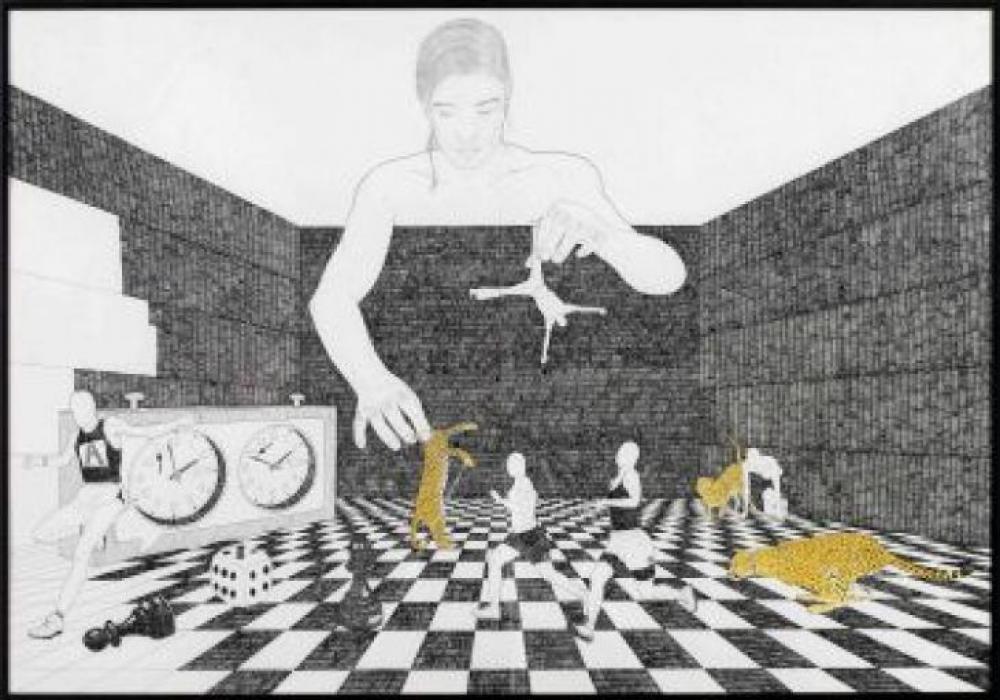 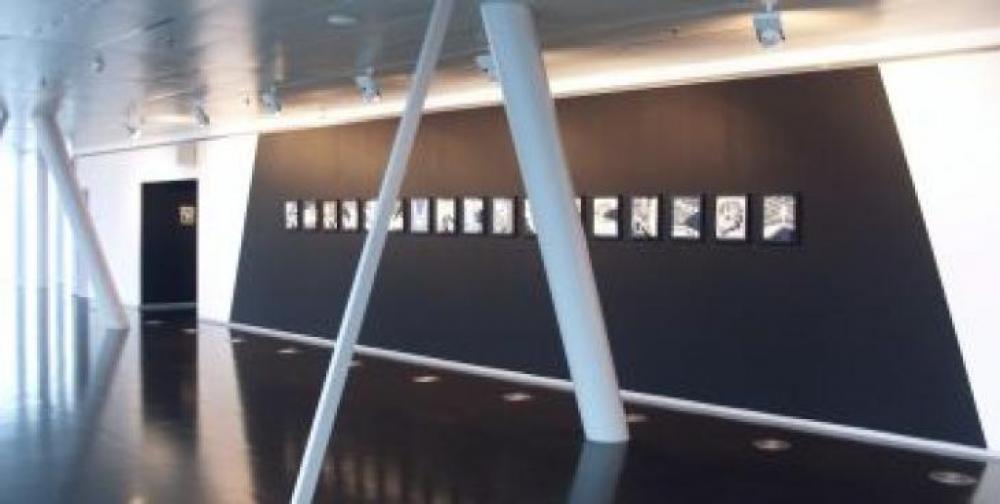 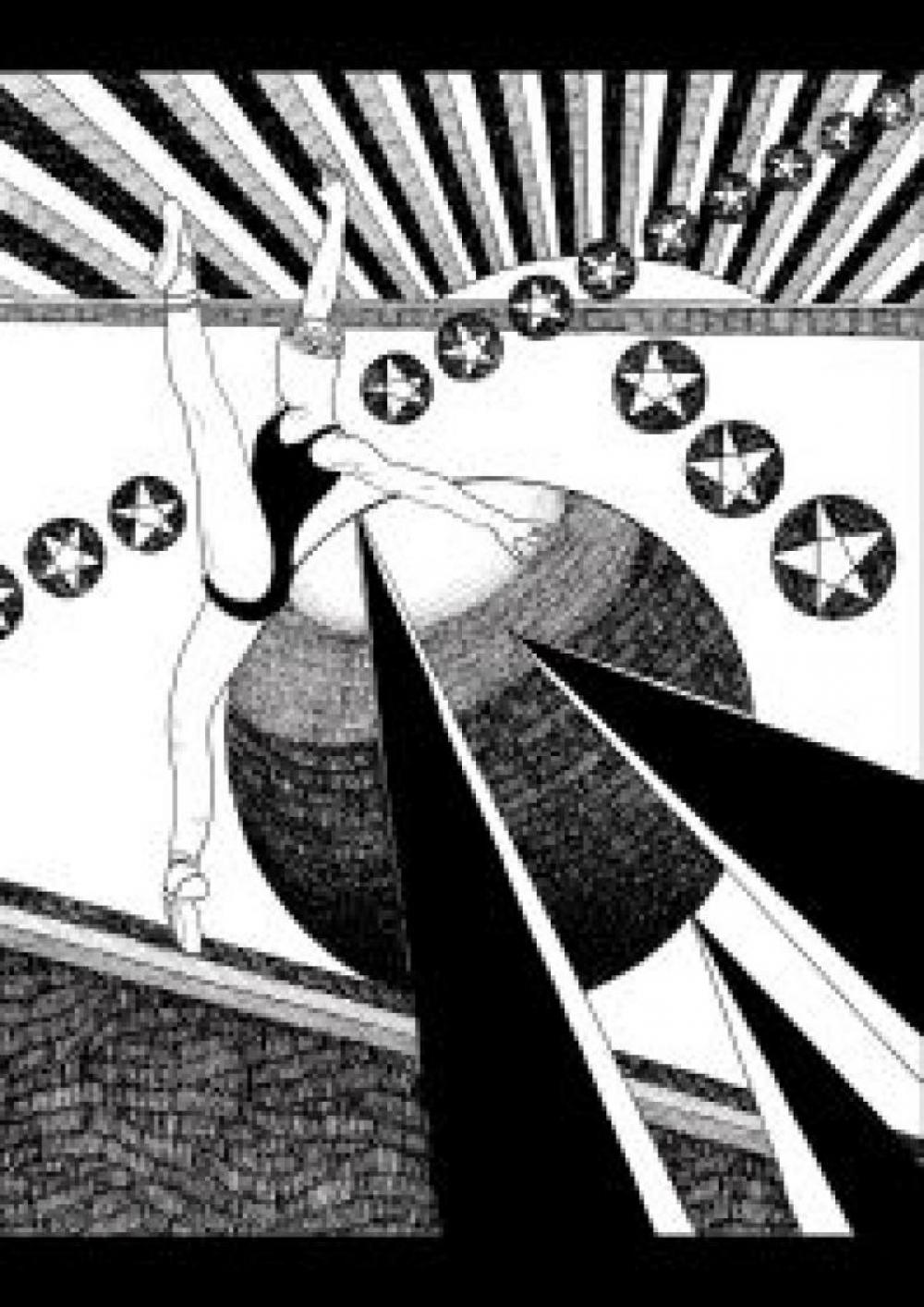 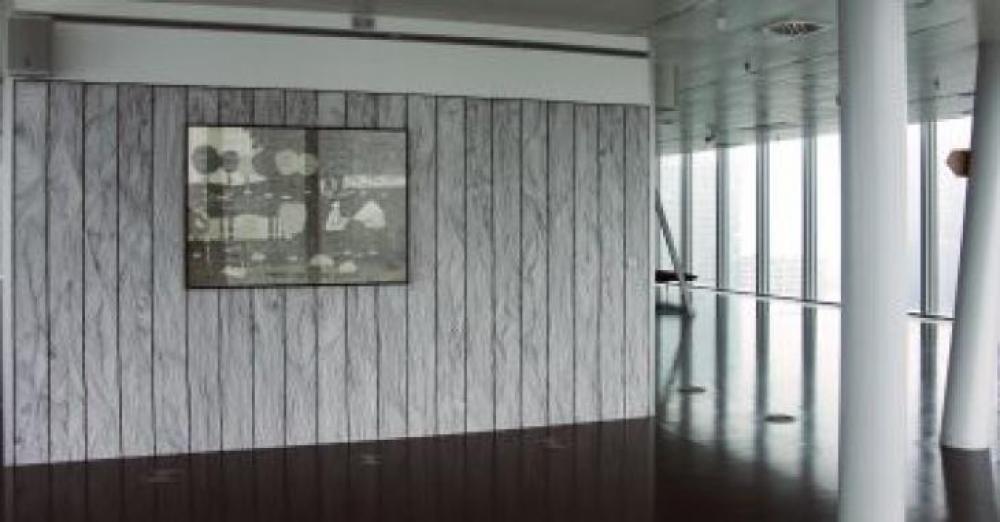 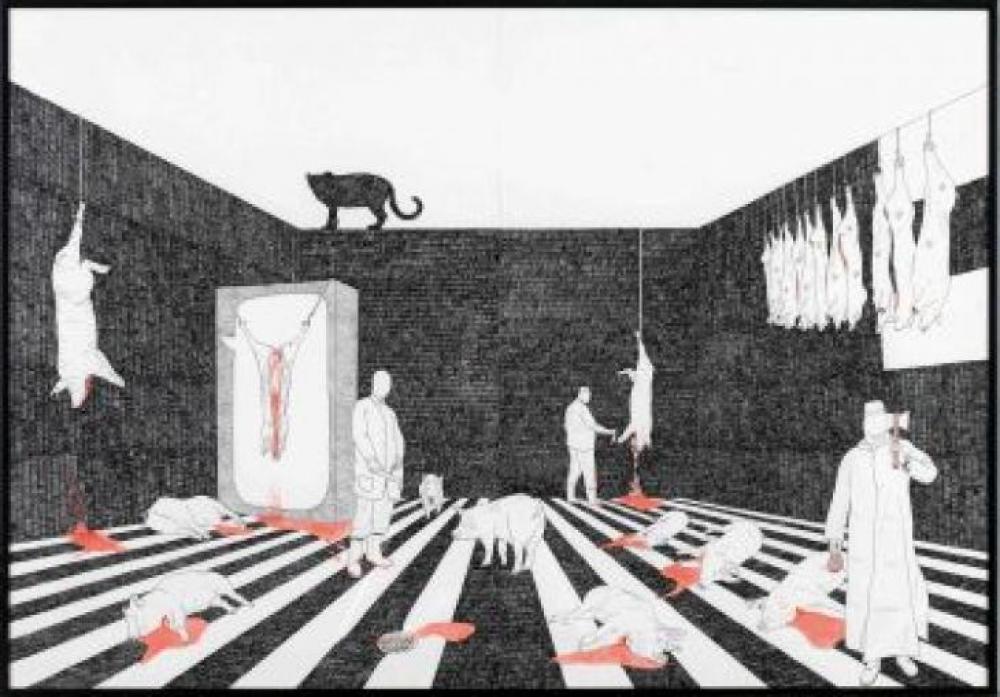 Scenes blending rites and dressage, experimental arrangements and compulsion confront us in spaces that open like a stage in Moussa Kone’s drawings. Humans and animals find themselves entangled in acts where they display themselves with a storytelling tone, but in the end they seem to taper off into emptiness after all, in an atmosphere that is as it were frozen and distant.
Hard contrasts characterize the picture, a shift between positive and negative forms, dramaturgically enriched by the sparing use of color. The visual presence of the surfaces stands in a tense relationship to the depth that is prescribed by the object of the picture. A striking characteristic is the consistent homogenous crosshatching that makes up the dark areas. Filling in the space, this persistent lining up of narrow rows creates a field that joins the organic with the systematic and downright exhibits the activity of the hand. It is not in vain that the artist sees writing and drawing in close connection.

What he shows is pervaded by skepticism as is his artistic implementation. In this regard, some areas seem to even be metaphorical – where the artist demonstratively refuses to complete the drawing.
Rolf Wienkötter, art critic