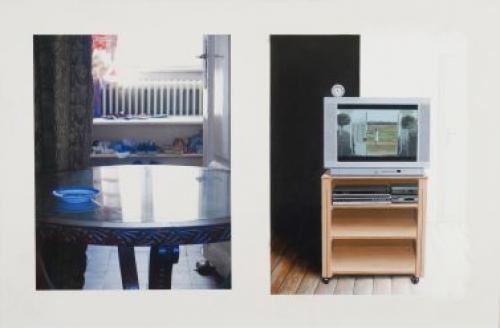 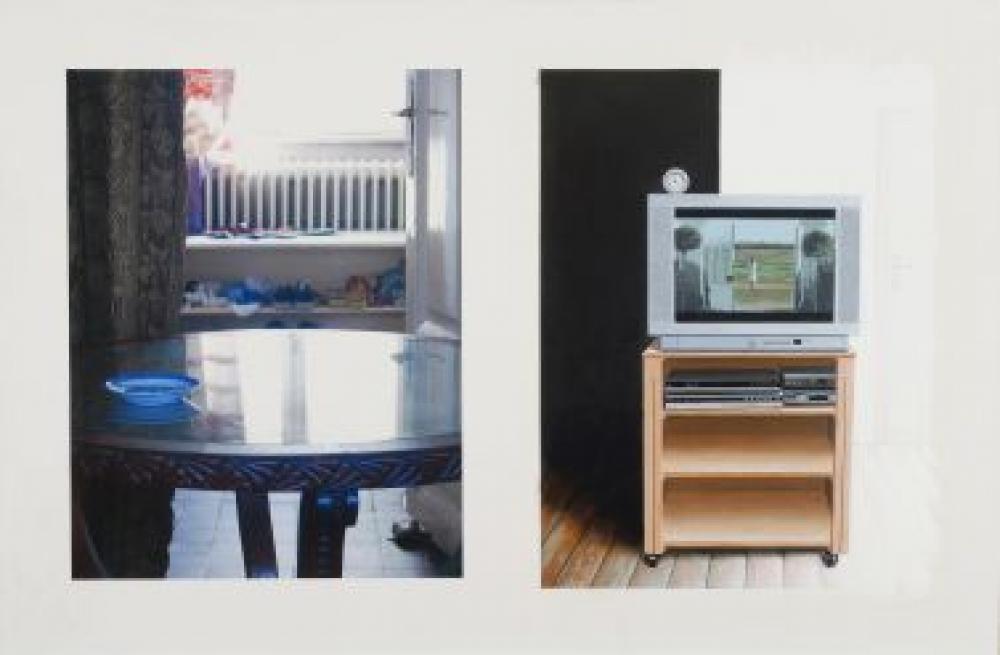 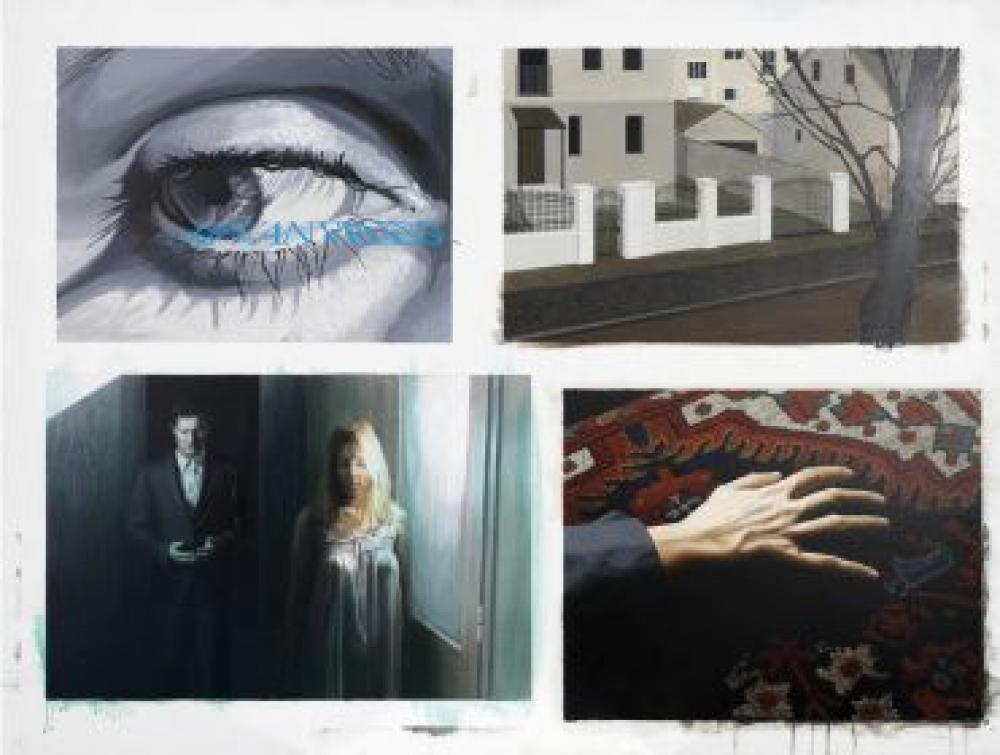 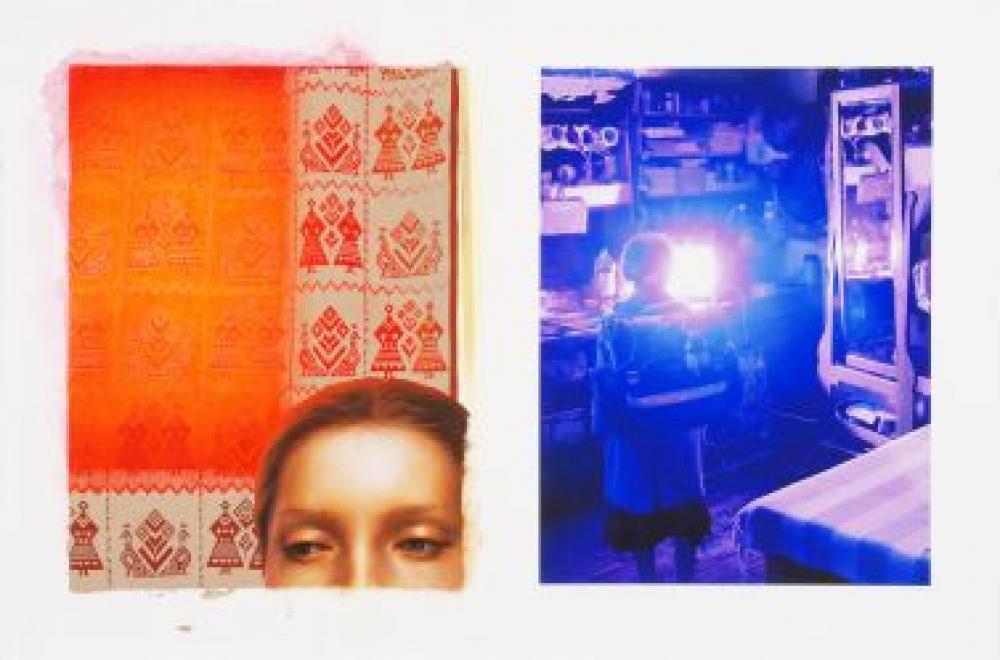 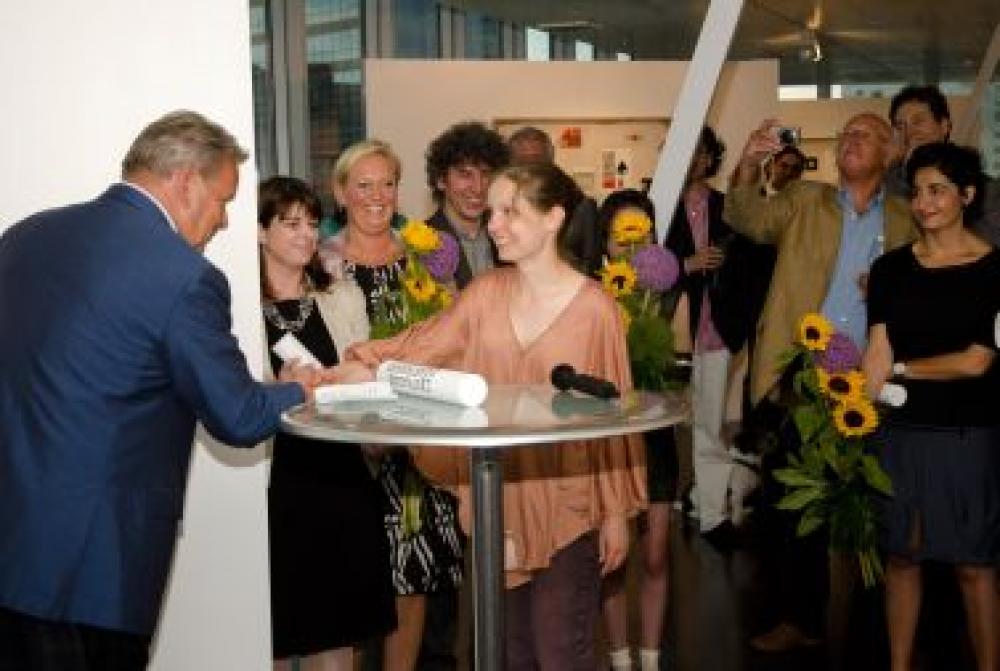 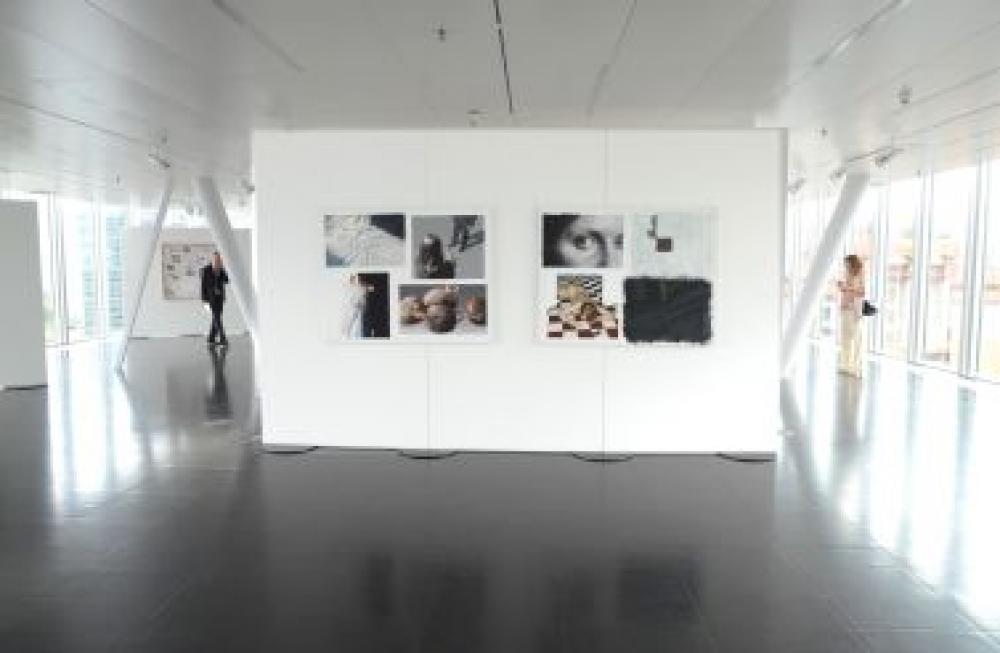 Our inner images are part of the mental machinery that controls fear, feeds on psychological injuries, transforms them into images and weakens their effect. This inner repertoire of images protects us from too much reality and materializes experience. The Hungarian artist Márta Czene combines realistic perceptions and snapshots with inner images, the projected forms of which often refer to films. Her artistic endeavors lead to the execution of a total realism - living images that come closest to the eclectic, networked method of our perception of daily reality. Their final interpretation is left to the audience. Brigitta Muladi, art historian, Budapest

An afterimage is a visual perception that persists after an object that has been viewed for a long time has been removed. Many of Márta Czenes' works are interpretations of the work of other artists, "afterimages" emerged from memory.

In the last few years I have mainly occupied myself with the narrative element in my works. By placing individual motifs next to each other, I try to create the impression of a narration in my compositions. I got this idea from cutting films. I was able to determine that just changing the object or the angle of view is enough to create the impression of a story. Films are also the starting point for some of my works. Because even in films that I don't find particularly interesting, there are scenes that sometimes just won't let me go. I then recreate different images of these scenes, change them, and make my own story out of them. I chose this way of working because I believe that through this way of storytelling, the viewer can be inspired to make up their own story. That means, in my painting, the given story of a film was replaced by my own personal, real or invented scenes. It is a psychological role-play of situations in another life. I liked that the viewer takes the script-like scenes in my works as a starting point and fills them with their own thoughts, like I did with Roman Polanski's film.