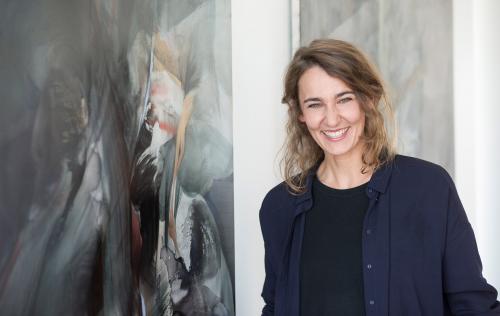 The STRABAG Artcollection – founded more than thirty years ago by Hans Peter Haselsteiner and Wilhelm Weiß – is primarily comprised of works by pioneers and outsiders of post-1945 Austrian art and representatives of Austrian informel, as well as key trends in painting from the 1980s and 1990s. At first, emphasis was laid on art from the Austrian state of Carinthia and on personal contact with artists through studio visits. This underlies the particularly strong representation of Carinthian artists in the STRABAG Artcollection. With the launch, in 1994, of Bauholding Prize for the Promotion of Young Artists – the forerunner of today’s STRABAG Artaward International – the collection’s range was extended to include young Austrian artists, and since 2009, international artists.

Until now, more than 350 artists have been represented with their artworks in the STRABAG Artcollection. The artistic development of many positions is followed continuously and over many years, so that an overview of different creative periods and series is given. As well as reflecting factors such as value and contemporary trends, the STRABAG Artcollection continues to be marked by diversity and the juxtaposition of very different artists. However, panel painting remains central, with acquisitions of sculptures being the exception rather than the norm. Many contemporary artists have given the medium of drawing a new and vital aspect, strengthening its autonomy.