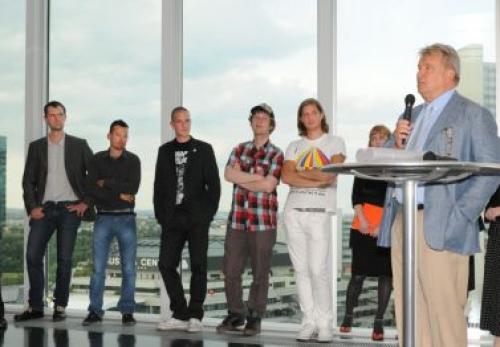 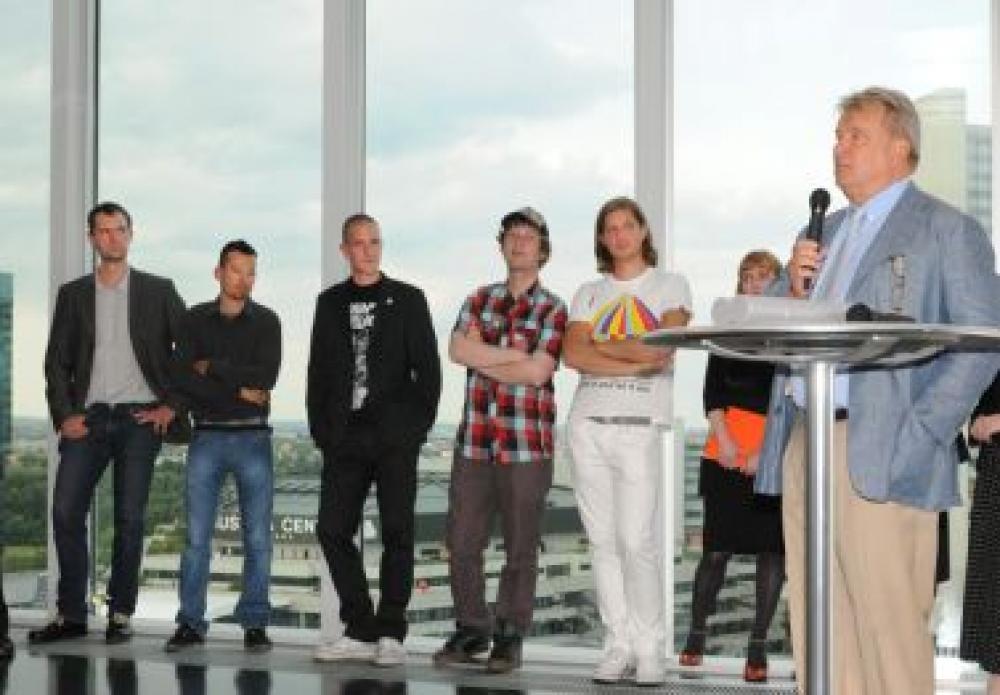 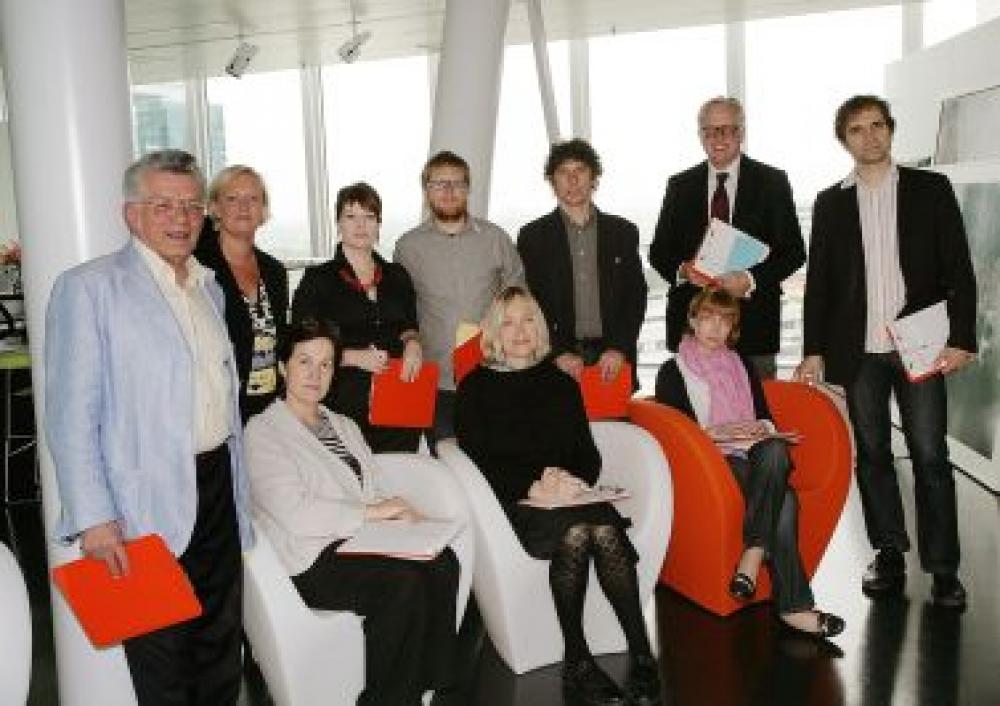 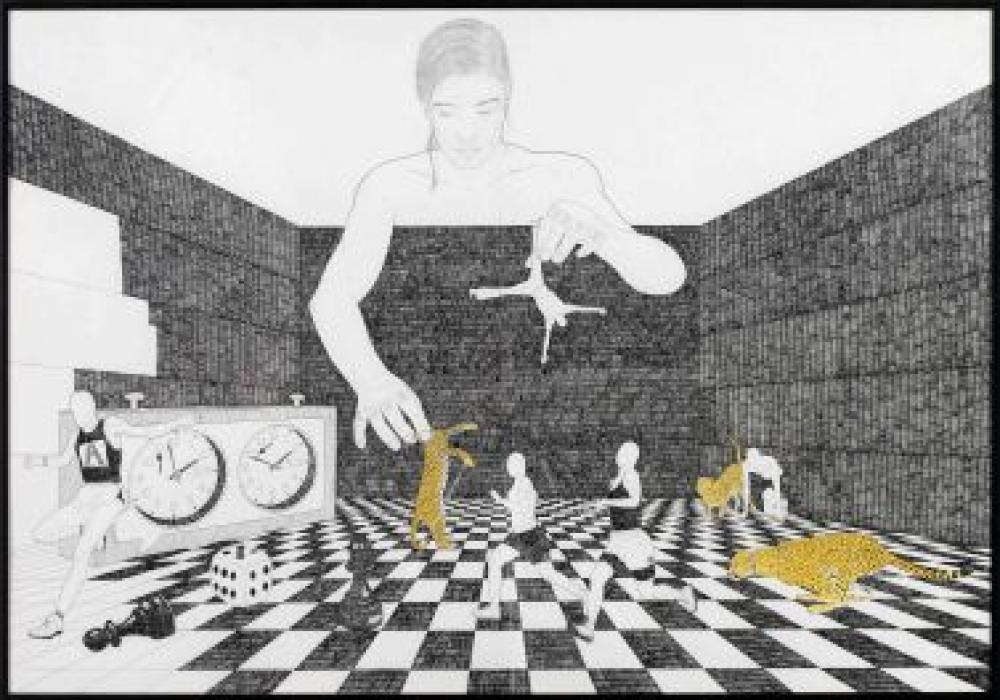 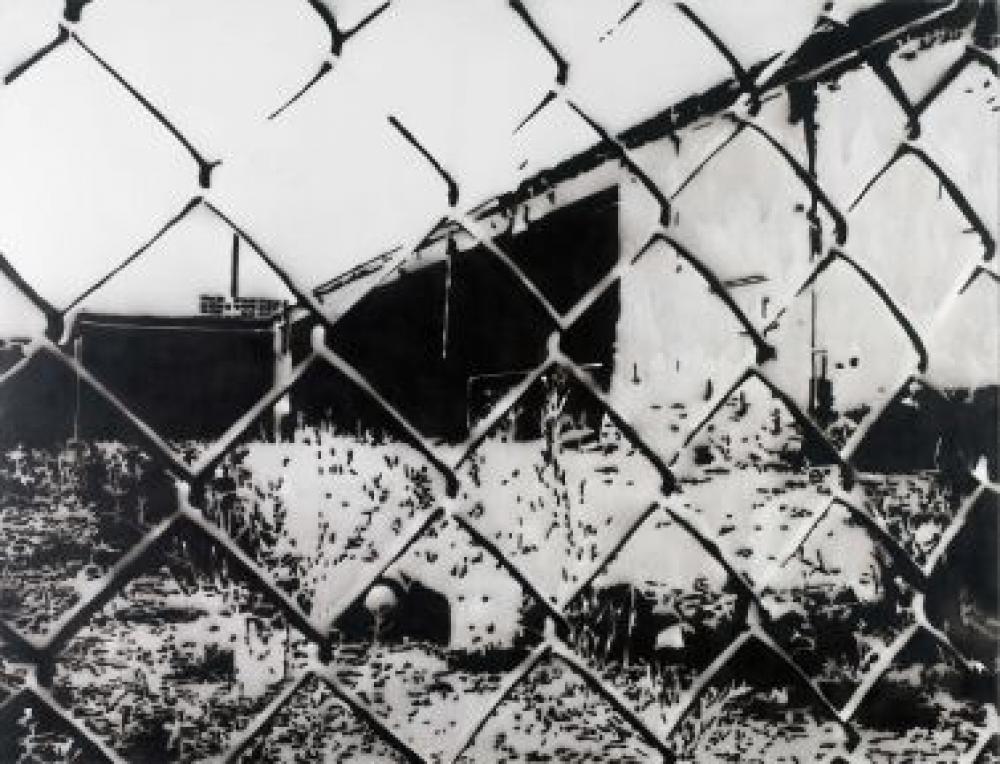 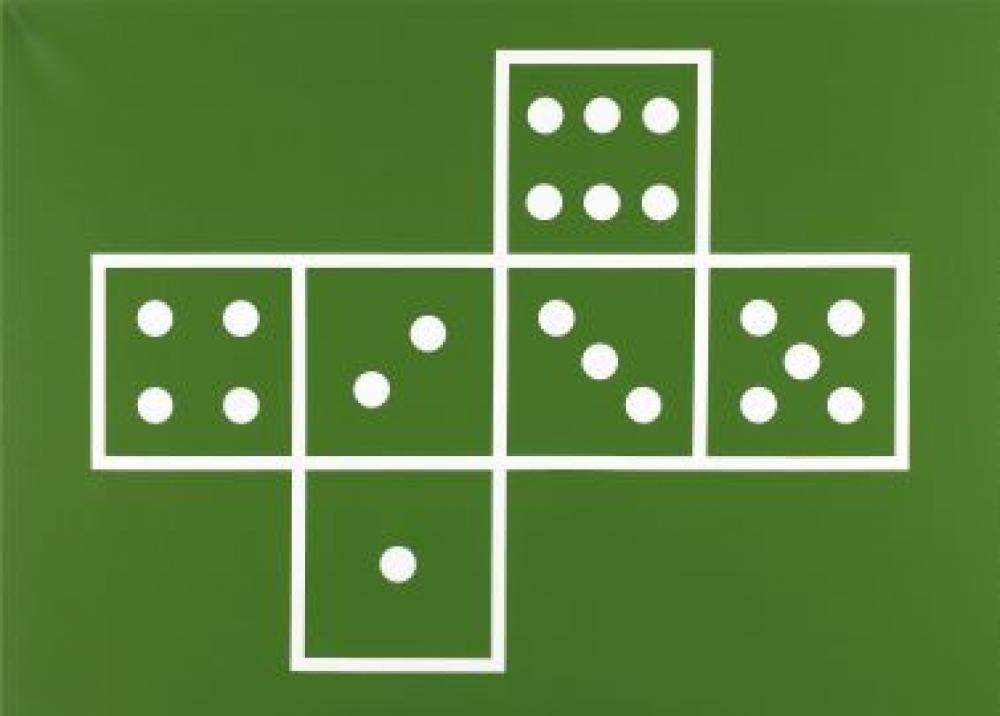 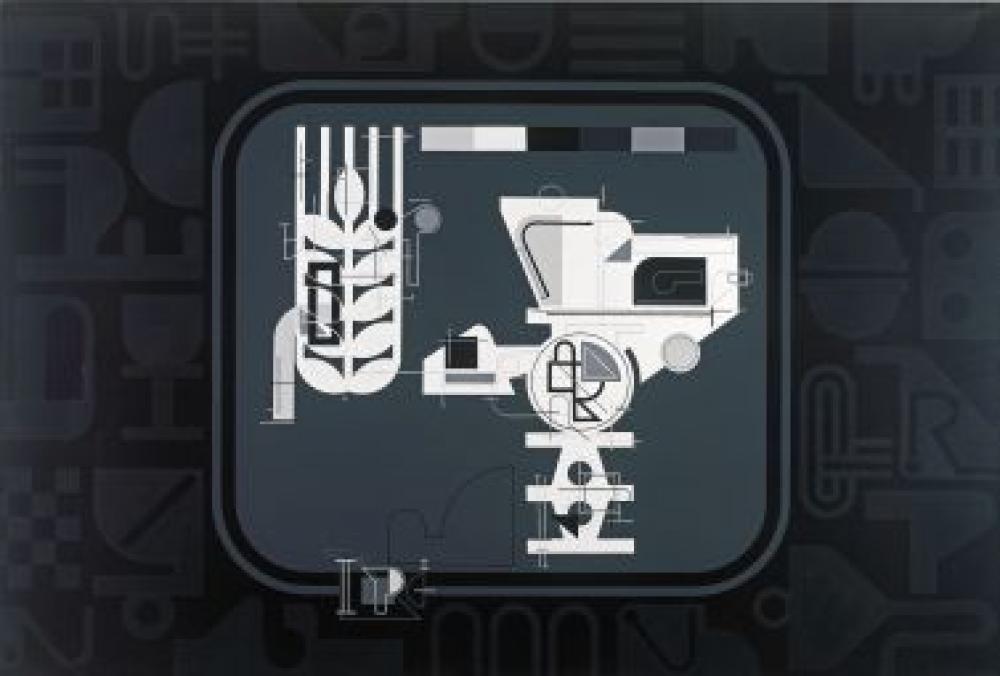 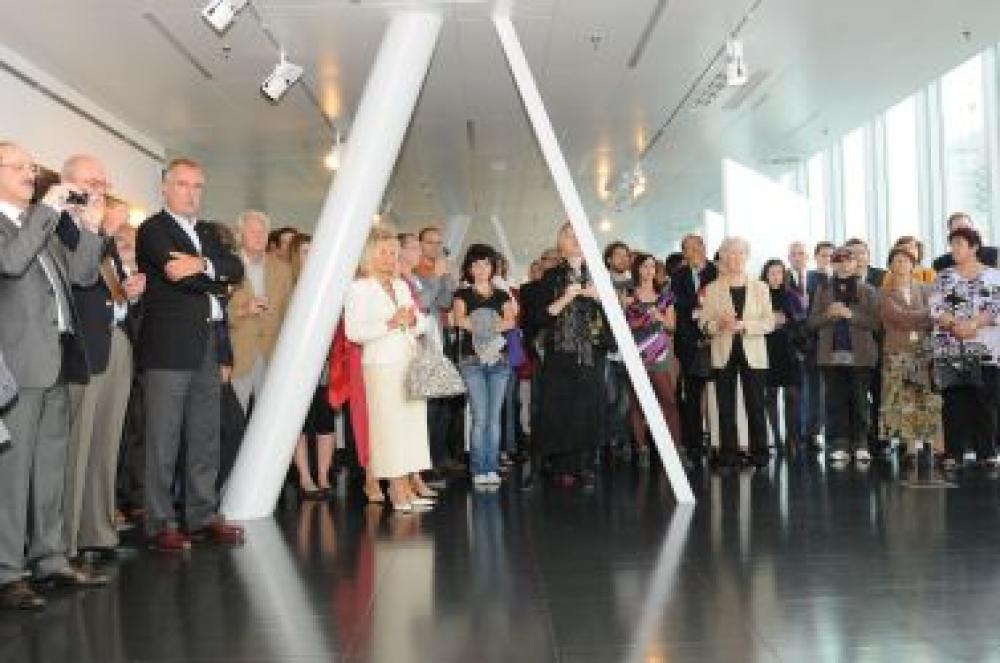 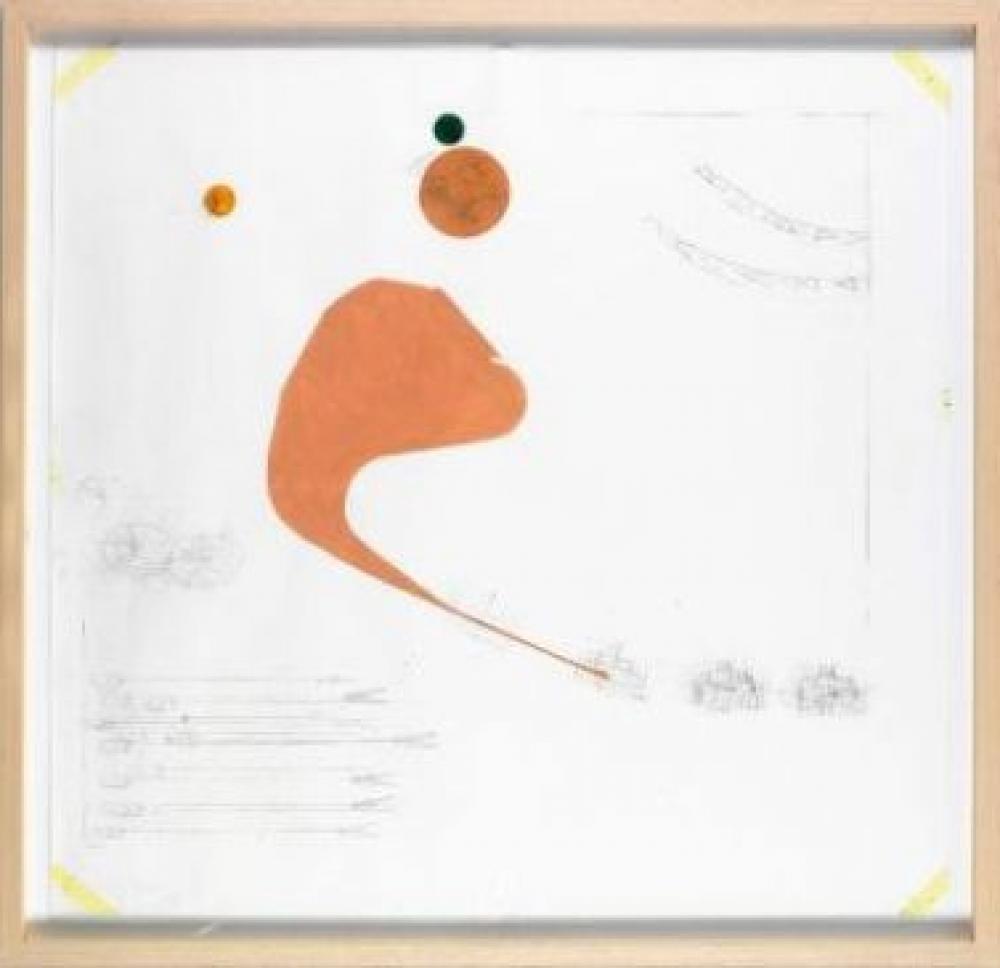 Exhibition of the award-winning works: June 5-26, 2009
Artlounge in Strabag Haus, Vienna
A catalog will be published for the exhibition in German and English.
Catalog request under: kunstforum@strabag.com

The newly founded Strabag Artaward International was awarded for the first time on June 4, 2009 in the Artlounge in the Strabag House. As every year, Hans Peter Haselsteiner personally presented the award and the four recognitions to the young artists. 300 international guests from art and business attended the award ceremony. It is a cross-border art promotion award for artists up to forty years in the field of painting and drawing. This prize is a continuation of the previous Strabag Artaward, which was given to Austrian artists for thirteen years, and is to be carried out for three years for four participating countries. From 2009 to 2011, artists from Austria, Hungary, the Czech Republic and Slovakia are eligible to participate for the first time.

Lives and works in Vienna (A) and Berlin (D)

Scenes between rite and dressage, test arrangement and compulsion present the set-like open rooms with which Moussa Kone's drawings confront us. Humans and animals find themselves entangled in actions that show themselves in the tone of the narrative, but ultimately seem to run into the void, in a frozen, remote atmosphere.
Hard contrasts determine the picture, an alternation of positive and negative forms, enriched dramatically through the sparing use of color. The visual presence of the surfaces is in a tense relationship to the depth of the image. The most striking feature is the consistently homogeneous hatching from which the dark zones are made up. The filling of the surface by persistently lining up narrow strips creates a field that connects the organic and the systematic and really exhibits the activity of the hand. The artist does not see writing and drawing in close connection for nothing.
Skepticism permeates what is shown as well as its artistic implementation. In this regard, places where the artist ostentatiously refuses to complete the drawing have an almost metaphorical effect. Rolf Wienkötter, art critic

Jan Šerých's paintings, objects and video works are, so to speak, conceptual trompe-l´oeils. The formal abstract language, which refers to the geometric tendencies in painting and typography, is quoted in his works. The constructivist aesthetic assessed by history is transformed into emptied signs in Šerých's work. Regular geometric or typographic shapes are revealed as polyfunctional surfaces intended for reuse or obsessive observation. Šerých stimulates and ironizes the independence of the arrangement and aesthetics and creates private systems at an organized distance.
David Kulhánek, curator and editor

In addition to the drawings and pictures that I have made mainly on paper, on which I am constantly working, I am looking for the possibility of creating larger (intermedia) complex objects. Based on this, I study various phenomena such as visual and mental habits, layers or, for example, the mechanism of appropriation. Through the interaction of the elements and through this "setting in scene", I search for their possible analysis.
At work I use photos, conventional techniques, but also projections and various means such as lenses, condensers, adhesive loops.
Although the installations are independent of one another, they contain several aspects that build on one another. I try to deal with it every day as well as with the photos assigned to them, sometimes only serving as a starting point, which I take in parallel. Zsolt Tibor, artist

For a long time Vasilko tended in his painting to a unique creative program, which was rooted in the romantic enthusiasm for production and useful machines, various mechanisms, production halls and robots. In Vasilko's paintings, “mechanisms” function as the heroes of the story. They are carriers of ideological or philosophical messages and symbols. The important moment is the absurdity in the "Frankenstein" role reversal between a human being and his creation - an inanimate mechanical object. Within this transformation process, the author constantly plays with a classic iconography and at the same time uses its formal content dogma. His personal version of the painting agrees with its technically pure leitmotif base. An extremely clear handwriting, geometrically exact lines and clear areas dominate here, which allow light compositions and a milder color scheme to emerge. In his most recent works he is moving towards a more graphic expression. The paintings become almost monochromatic and rely largely on linear relationships. Peter Králik, artist

Clemens Wolf, born 1981 in Vienna, has his artistic roots in street art. Even though he now works on canvas, the reference to urban space is a central part of his work. Years ago he started looking for dilapidated buildings and making them the subject of his paintings. The aura of decay, the ambiguity of destruction and the threat posed by the sight of these places fascinates him so much that he strives in his works to capture the aesthetics in the moment of decay. In the large format pictures of the series “the great mess”, the young Viennese painter counterpoints the eroding monuments, the decaying architecture in the middle of urban spaces, using a structuring combination of oil and stencil techniques. It is his way of dealing critically with post-industrial and social developments without being overbearing. The current development of the world economy gives Wolf's monochrome aesthetic of decay additional current explosiveness, as some of the motifs symbolize the decline of industrial companies during the economic downturn of the last century. Other motifs, such as the burned down Sofiensäle in Vienna, bear witness to the inexorable end of a historical place and thus a piece of contemporary history. Geronimo-Noah Hirschal, editor and journalist

The recognized art promotion award is one of the most highly endowed awards from an Austrian company for the fine arts and is worth 15,000 euros. In addition, four recognitions of 5,000 euros each will be awarded. The international jury evaluated 730 artists. After the award of the award and the complete exhibition of all award-winning works, each of the five award-winning artists will receive a solo exhibition in the Strabag Art Lounge as well as acquisitions. The artists who have been awarded a prize are invited to an artist-in-residence stay in the Strabag Artstudio.