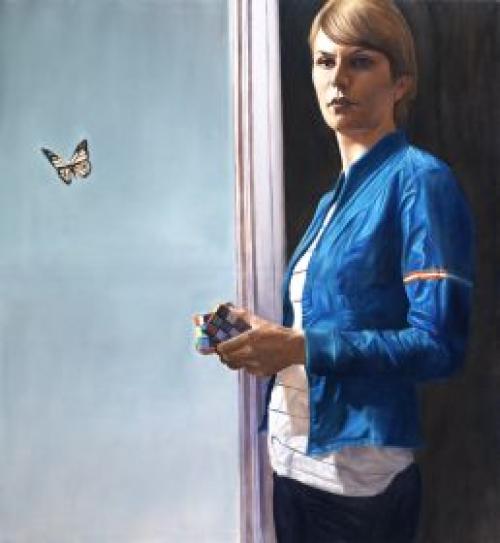 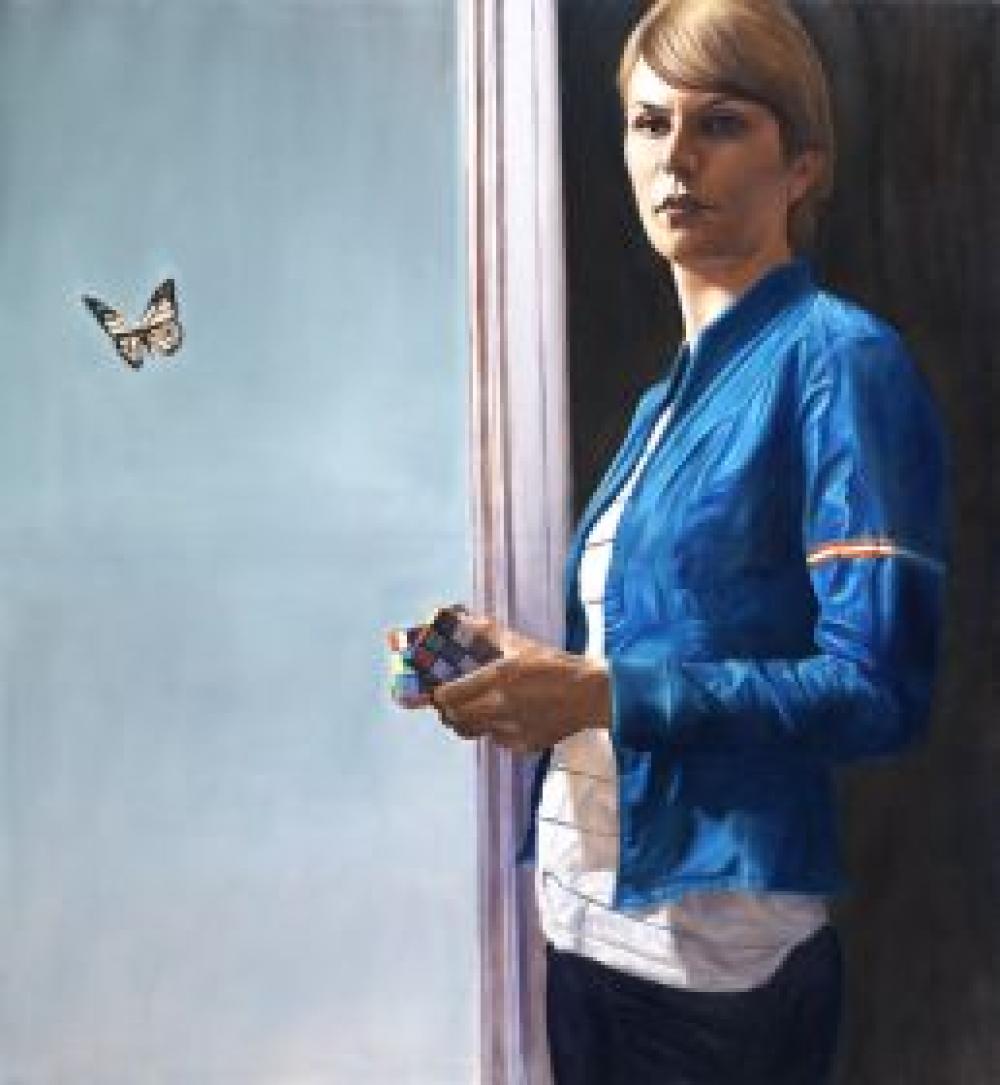 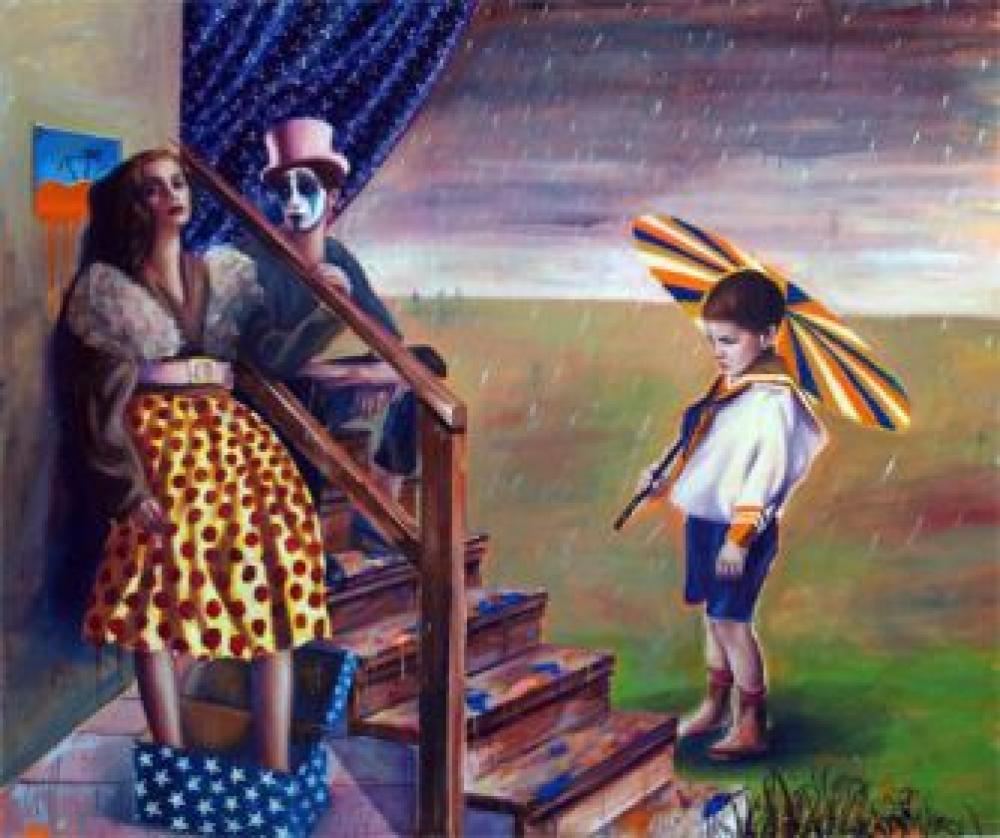 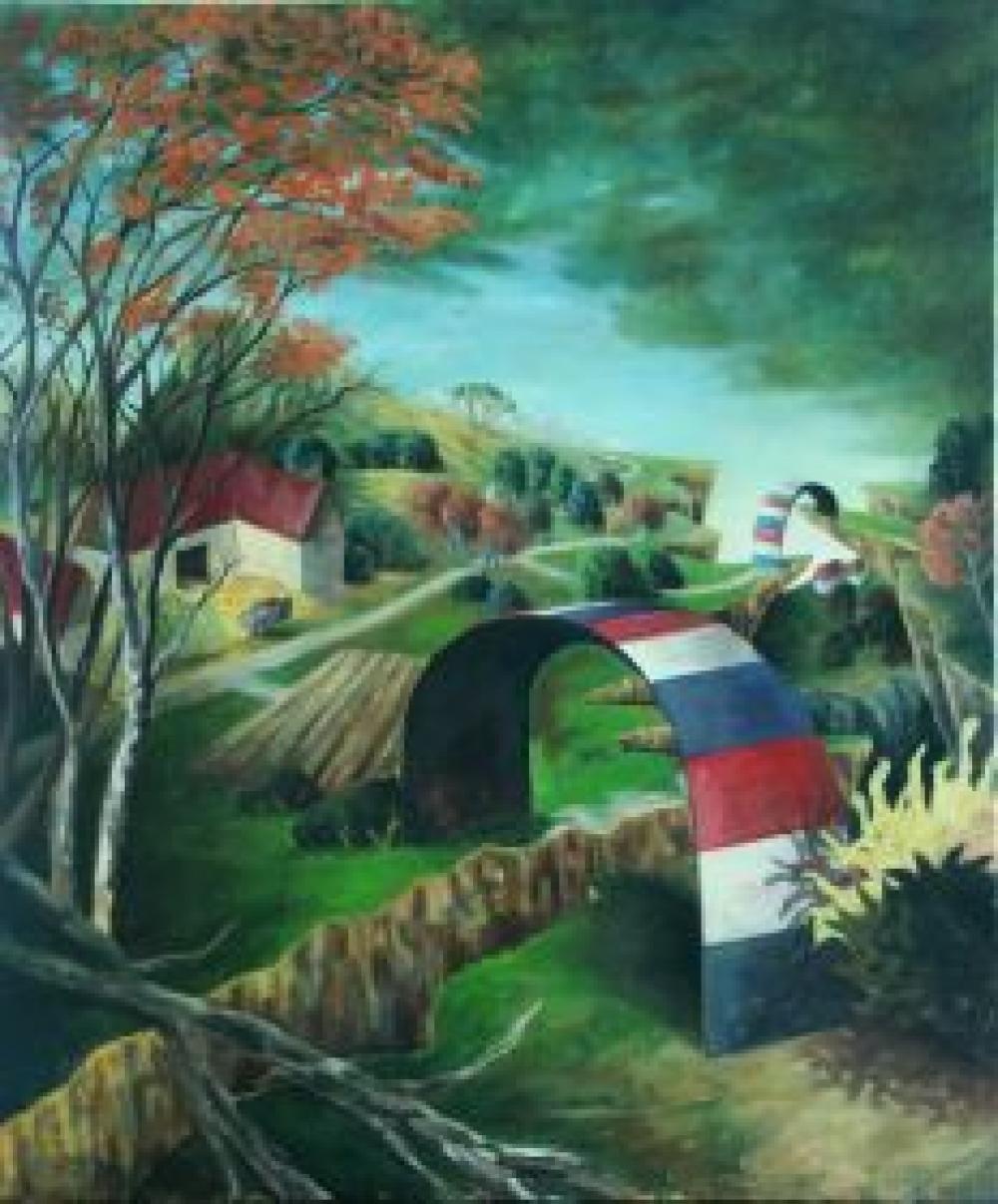 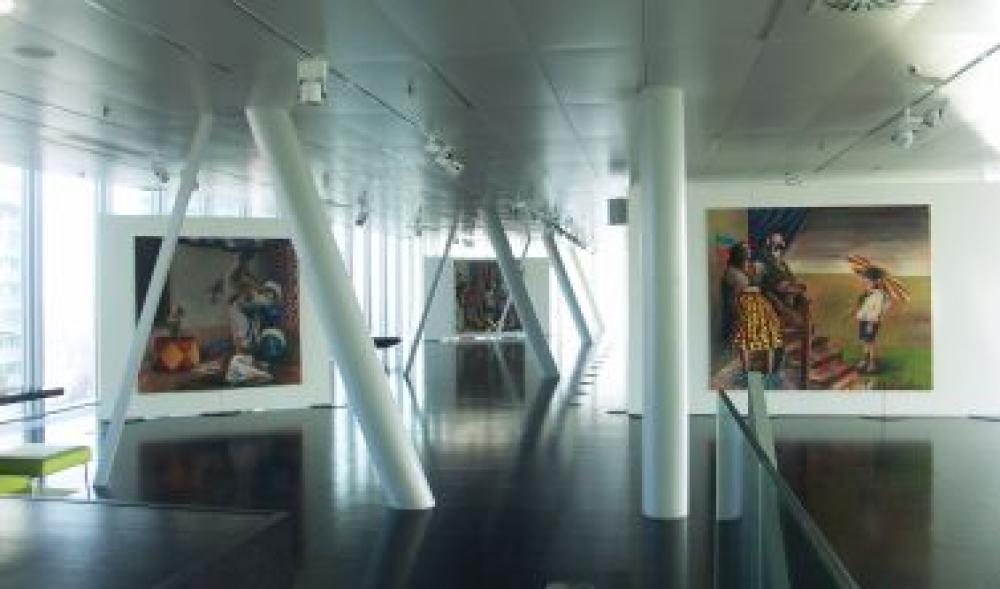 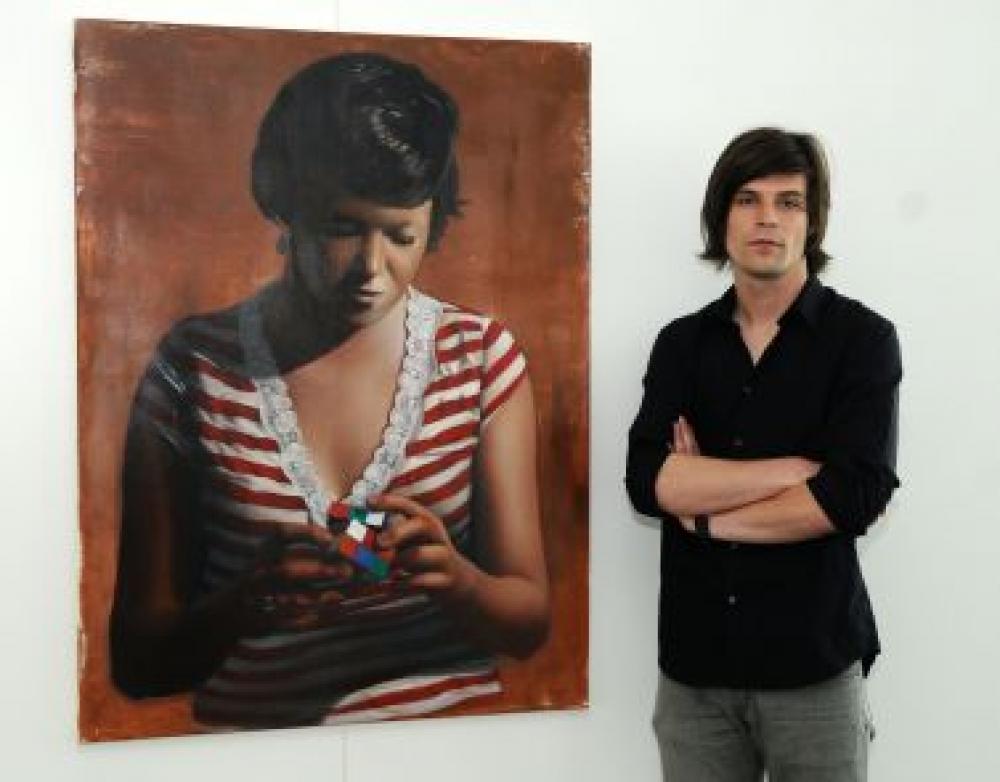 Bernhard Buhmann produces his figurative works with great technical ability, which is reminiscent of the achievements of the old masters. Reducing his work to this fact would be just as much a mistake as trying to draw a direct comparison from art history. Because although Buhmann is interested in Jan van Eyck and his circle and his lighting is reminiscent of Caravaggio, his subject matter is highly contemporary. In terms of content, he transfers the formal, hard-set shadows, the tensions that arise through movement and standing still, to his discussion, e.g. with the problems of the "internship generation" to which all the portrayed belong. Not only because of his already completed studies in sociology, but also as a result of his real life as a student at the University of Applied Arts and his own social environment, Buhmann occupies time-relevant topics: the innovations of our media age, the general speed that our society seems to have grasped , and the associated demand for flexibility and inexhaustible adaptability. And just as exaggerated as these ideals are Buhmann's colors and shadows - the plasticity and brightness of the front picture space with regard to the dark indeterminacy of the background is a contrast opposite to reality. The apparent ambivalence of light and shadow, detail and blurring, in a figurative sense, tell of the fluctuating indeterminacy to which the portrayed are subject.
Evelyn Klammer, art historian, Vienna

Bernhard Buhmann's new works are no longer about perfecting the realistic image conception, but about turning to painterly abstraction, playful composition, color effects and plasticity. His pictures offer a stage for posing figures, for bizarre props and irritating elements. The content of reality is reflected on it in ambiguous metaphors. Like in a circus tent, behind masks, draperies, sliding walls and curtains, new perspectives and horizons open up. In this surreal, abysmal world landscape between nostalgia and modernity, there is scope for balancing acts between meaning and senselessness. Barbara Baum, excerpt “Because they don't know what they are doing.”, 2008

"What fascinates me about painting is its long tradition. And you have to deal with it, because nothing can be reinvented today - but it can be combined anew. The search is a big topic for me. I find it It's exciting to move through time like a collage and take parts out. You could see it as an eclectic, postmodern approach. I always try to lean out - at the risk of it going wrong. But this challenge is important for my development ". Bernhard Buhmann