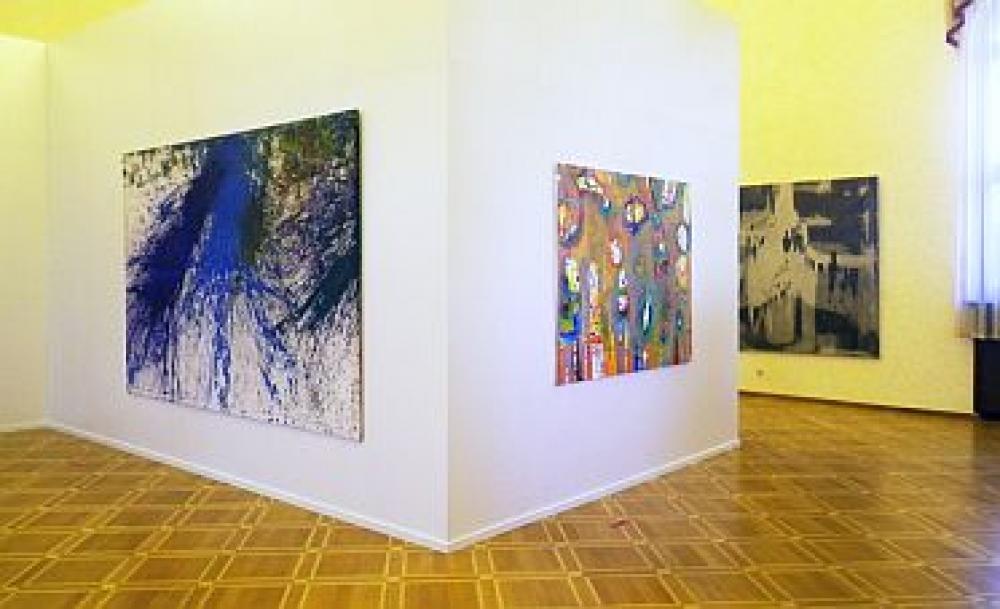 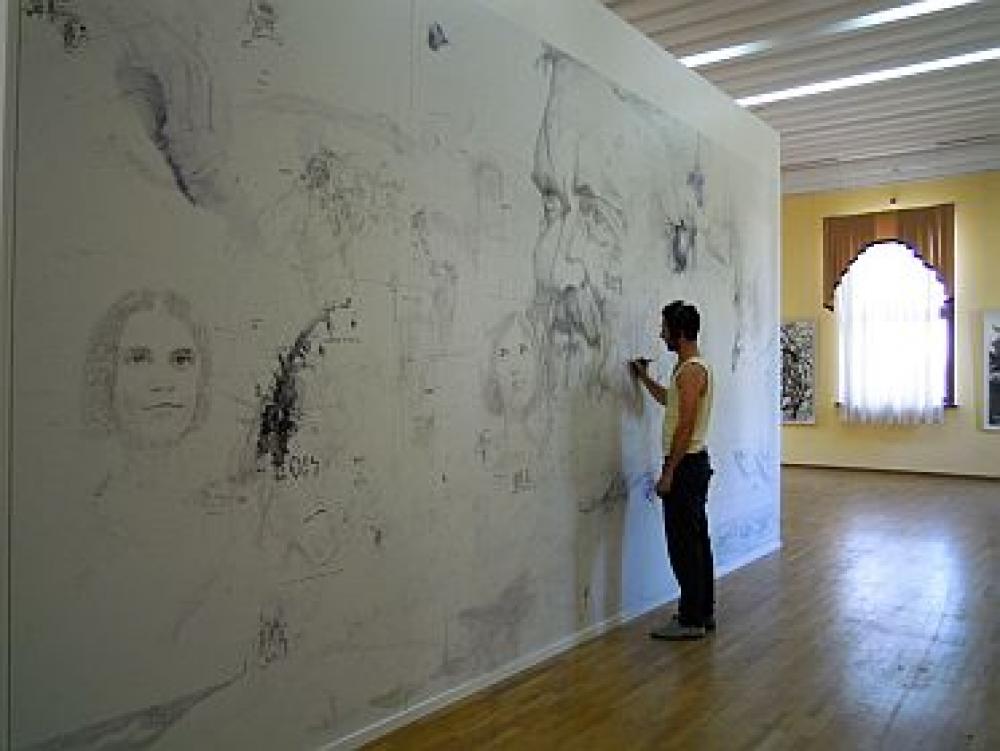 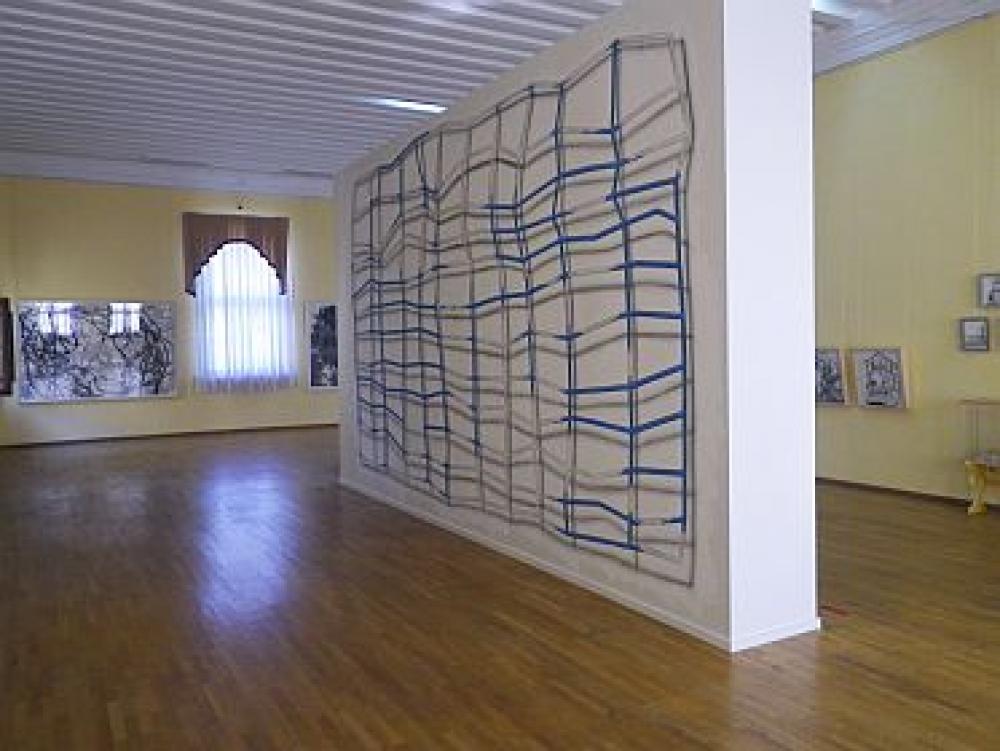 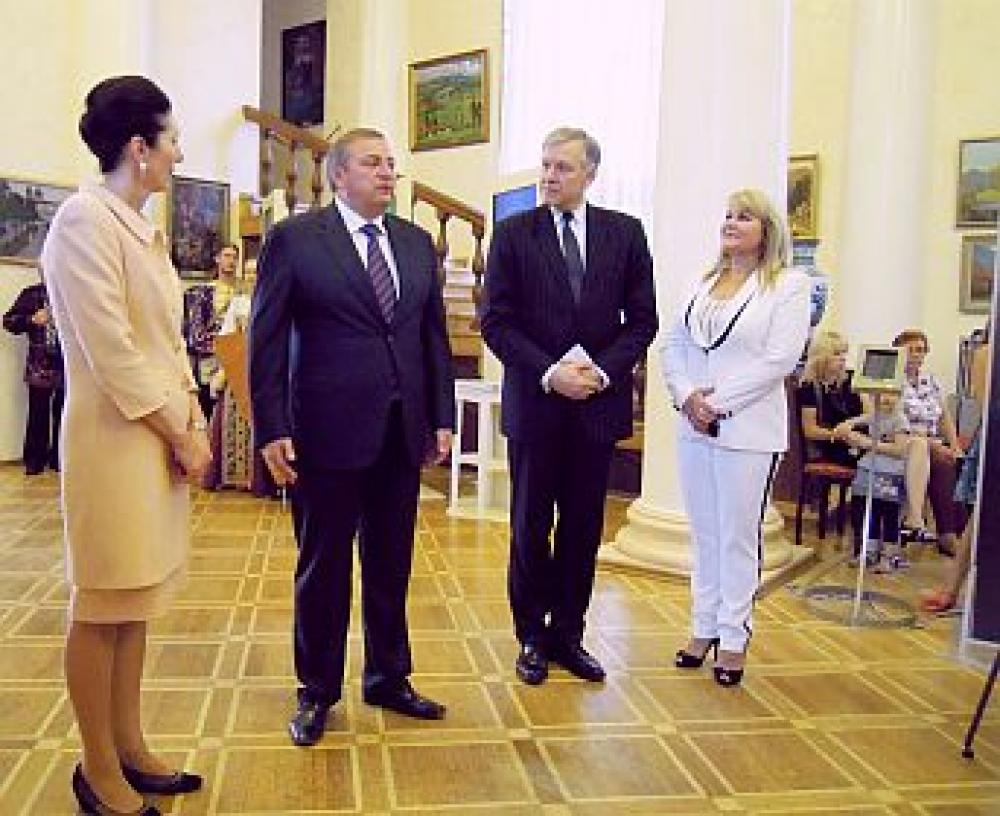 The exhibition, compiled on the basis of the Strabag Collection with loans, shows two contrasting but representative aspects of contemporary Austrian art: abstract and non-objective painting of the older and middle generation, as Informel - "The first world language of art!"- also a dominant feature of European art to this day, as well as figurative, respectively representational tendencies of drawing of the younger and youngest generation.
From the many stylistic varieties of abstract, Austrian post-war painting - between lyrical, expressive and gestural-actionist - above all works were chosen that most directly express the liberation of color and form from the fetters of the object. This painting, called processual, demonstrates above all the methods of its production itself, with a large abandonment of composition, incorporating the accidental. It is a pure expression of painterly energy and accordingly tends to expand into the very large format. The play with figurative, spatial and atmospheric associations is therefore by no means excluded. The artists in the selection are among the most successful and internationally renowned in Austria.

In stark contrast to the "L`Art pour l Art" of such painting is the drawing. It turns partly again completely to the representational world of the here and now, which it sees, experiences and interprets subjectively and unconventionally. The thematic range is wide: introspection and private sensitivities, social and political concerns, the dreamy and the fantastic. The influence of photography and photographic vision on drawing is unmistakable, as is a tendency towards large-format imagery. Also exemplarily represented are strategies of contemporary art such as the analytical self-reflection of the medium and the transgression of its boundaries.

Although not developed according to art historical criteria, Strabag's diverse collection of more than 2,300 works has two quantitative and qualitative focal points, which also correspond to important developments in Austrian and international art: abstract painting since the 1960s and figurative tendencies in drawing of the younger and youngest generation. These two outstanding parts of the collection are followed by an exhibition concept whose intention is to show not only the "best of Strabag", but also the "best of austria" in the selected segments. However, this required substantial loans from artists, for whom we would like to express our sincere thanks. Edelbert Köb

Christian Schwarzwald is a draftsman without limitation, but in the sense of an expanded and analytical concept of the medium. His motivic palette is as broad as his stylistic repertoire: human, animal and plant, traces, structures and temporal events. He works through his subjects in smaller and larger cycles almost encyclopedically, experimenting stylistically and with drawing means. Among his stylistic devices born the clear, open lineament, expressive condensations and superimpositions, soft tonalities, harsh black and white contrasts and painterly brush drawings. The latter are always monochrome in the primary colors, so as to leave no doubt about the graphic character of his work.Schwarzwald's interest, however, is above all in the function of the pictorial object in spatial contexts, on the wall and in the overall space. He arranges and supplements his works to form complex systems of signs by underlaying picture arrangements with areas of color, combining them with objects, or merging them with apparent spatial elements such as fences, grids, and grids to form a new larger whole. The abolition of the autonomy of the image in super-ordered contexts can also be understood politically: as a metaphor for the relationship between the individual and society. Stefan Tasch

In Constantin Luser's work, drawing, painting, sculpture, sound installation and participatory forms of action in the social and artistic field intertwine seamlessly. Drawing, however, is the starting point and bracket of his complex oeuvre; it is the medium of his perception, world-experience and world-reflection. In his branching cosmos of images, inner and outer worlds, thoughts and feelings, reality and imagination overlap. Whether in small or large format, his sheets are seismographic on - drawings of a consciously reflective as well as uncontrolled and associative rambling thinking and imagining. For this he has developed a lucid and vibrant drawing style, a superior and unmistakable aesthetic equivalent. He calls drawing the "accounting of my life", himself its "accountant". Like thinking, the flow of his images is not linear and one-dimensional, but all-over, spreading out in superimpositions and interweavings without direction, with a tendency to take possession of walls and spaces. The diary sheets of a journey from Moscow to Kiev presented in the exhibition and the wall drawing created in three days in the museum are site-specific examples of his artistic recordings. Stefan Tasch