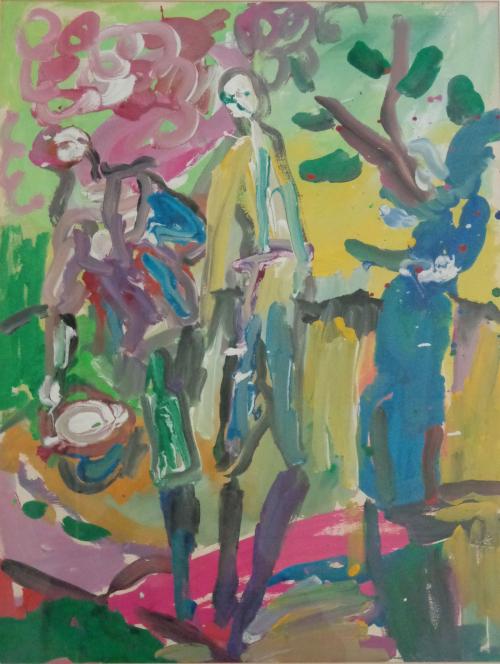 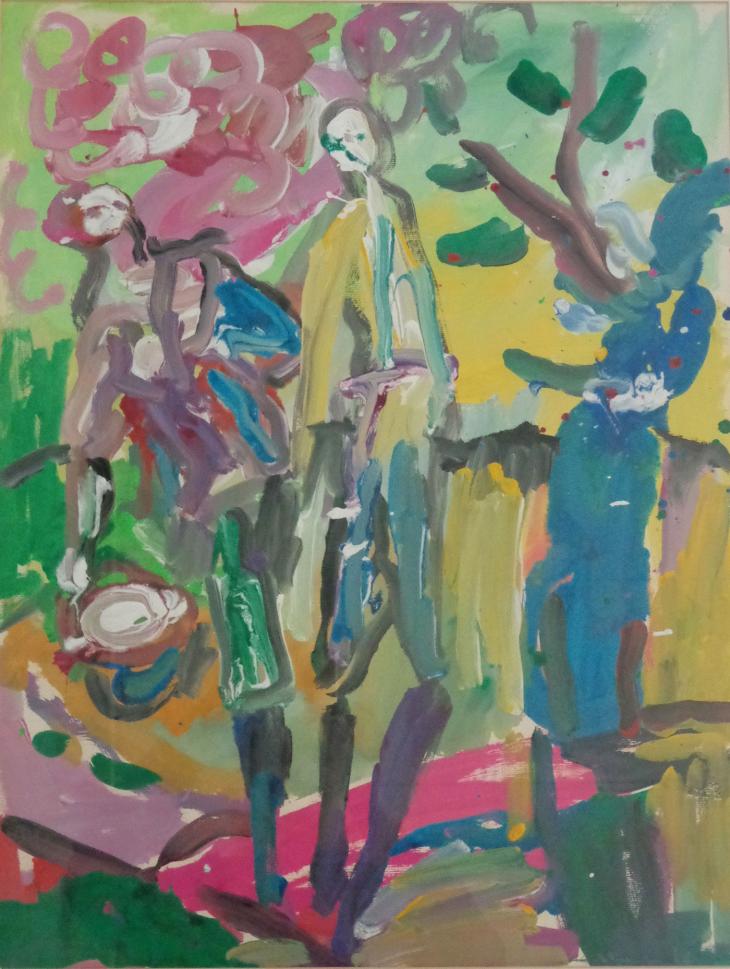 Alois Mosbacher (Strallegg 1954) has been working with figurative painting since the early 1980s and is constantly expanding his work through installations and new media. Mosbacher studied at the Academy of Fine Arts in Vienna and has won numerous art prizes, including the City of Vienna Prize for Fine Arts in 1994 and the Georg Eisler Prize in 2001. Thematically, the Vienna-based artist circles around nature, humans and animals, and especially the forest as a play space and stage for adventure and the unknown. A fresh colorfulness characterizes Mosbacher's works, which move fluidly between narration and abstraction, between drawing and painting.