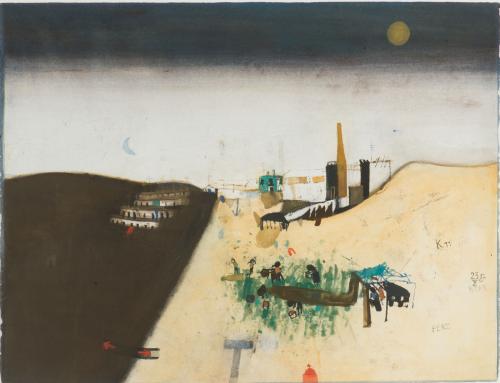 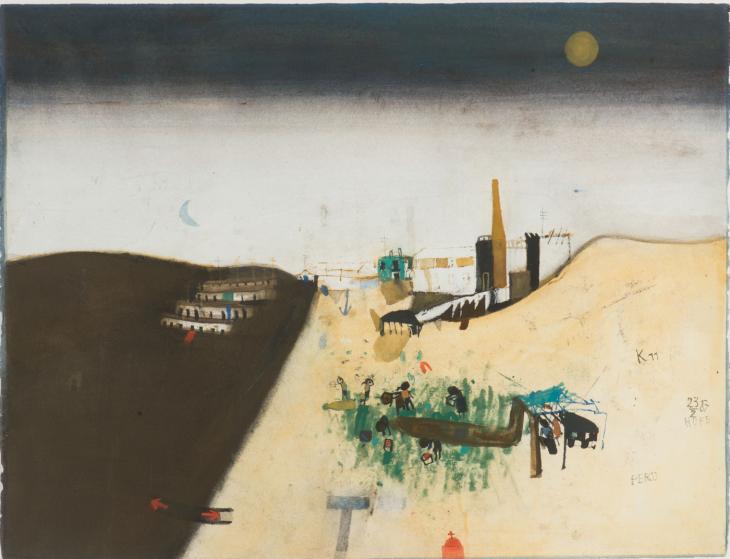 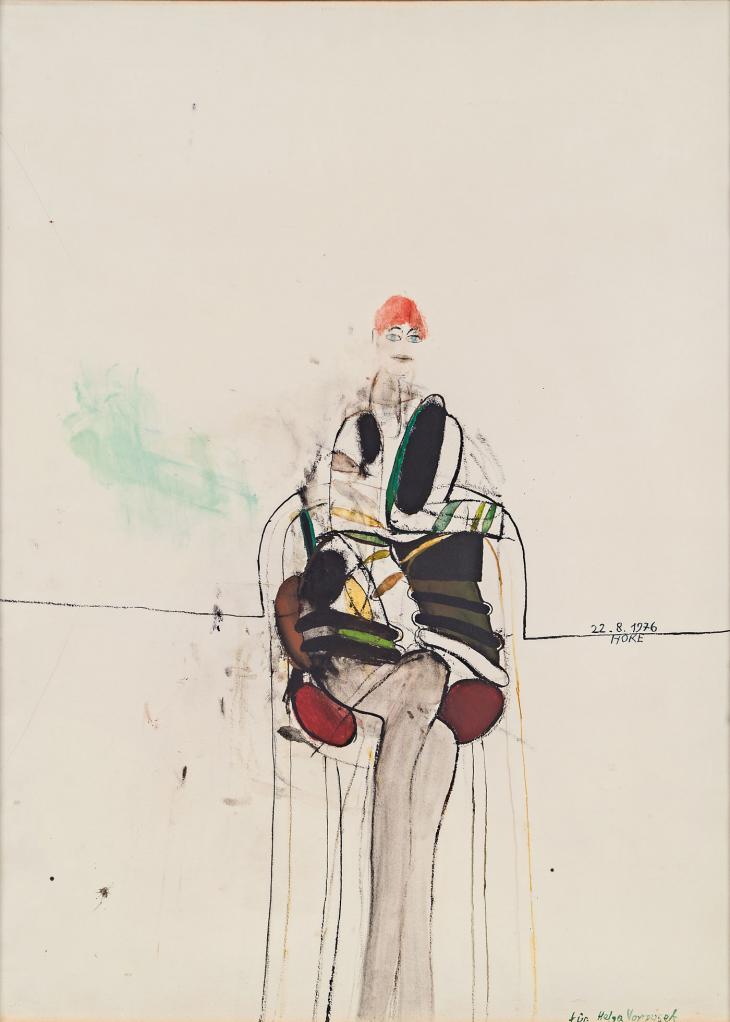 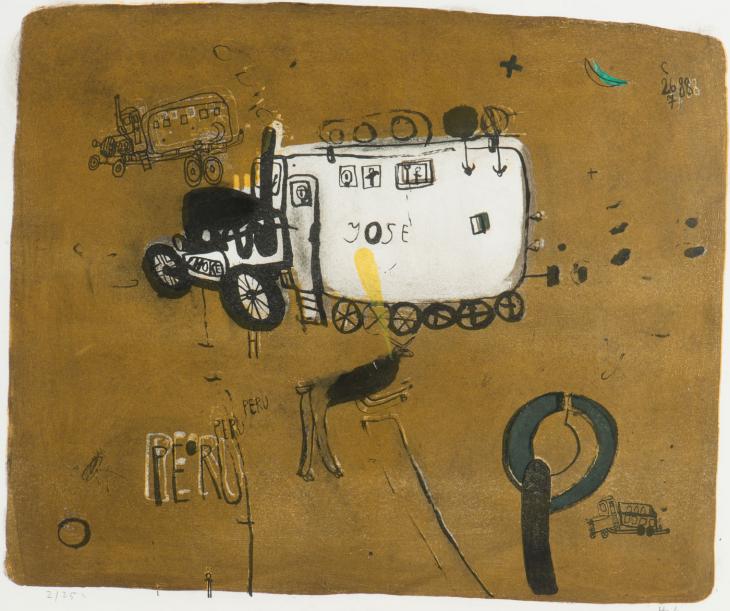 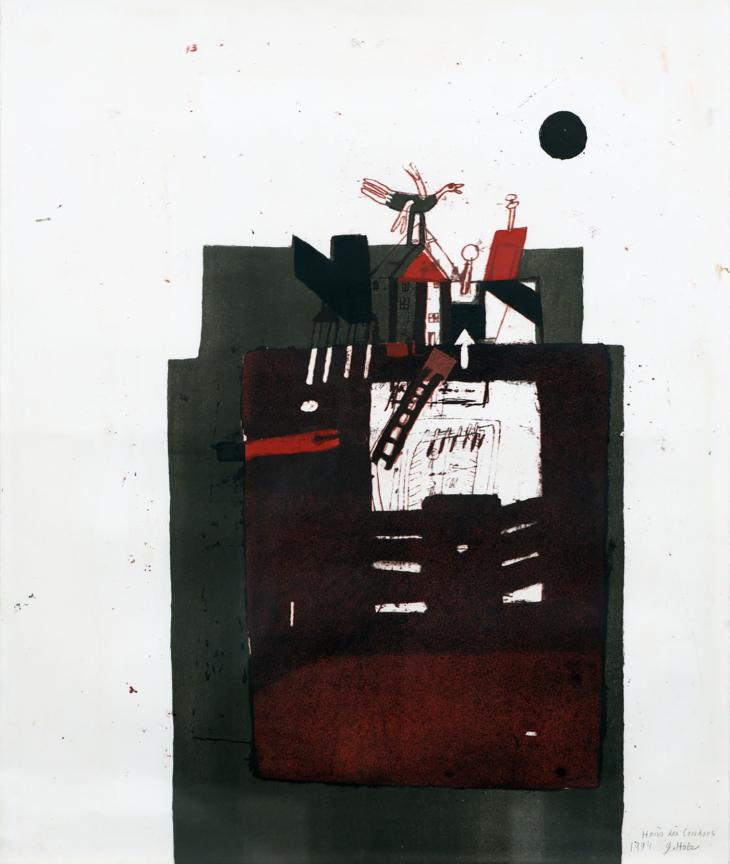 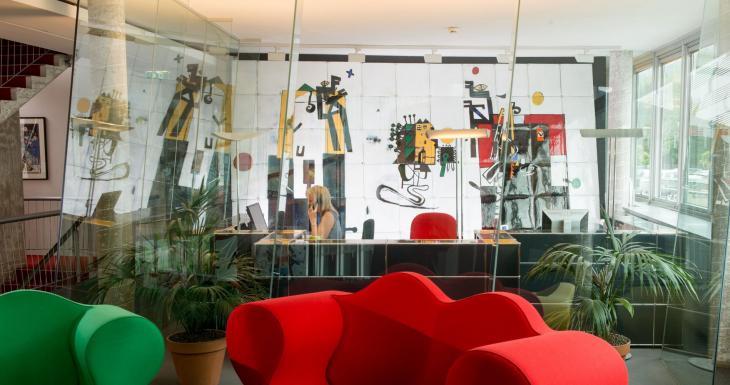 Giselbert Hoke (Warnsdorf/Bohemia 1927-2015 Klagenfurt) is considered a master of monumental painting and a major representative of Austrian post-war modernism. His multi-layered oeuvre, which includes paintings, prints, frescoes, enamel and glass walls, initially focused on large-scale mural designs, huge nudes and portraits of women. On numerous journeys through remote, unspoiled regions of Peru and Spain and stays at his Tuscan summer domicile, Hoke internalized the motifs of his later landscape painting with its characteristic monochrome surfaces, which he continued to reduce until his death. In addition to numerous paintings and graphic works by the artist, the STRABAG Artcollection includes two monumental enamel walls (The Builders), which are installed in the entrées of the Group's buildings in Spittal/Drau and Cologne.