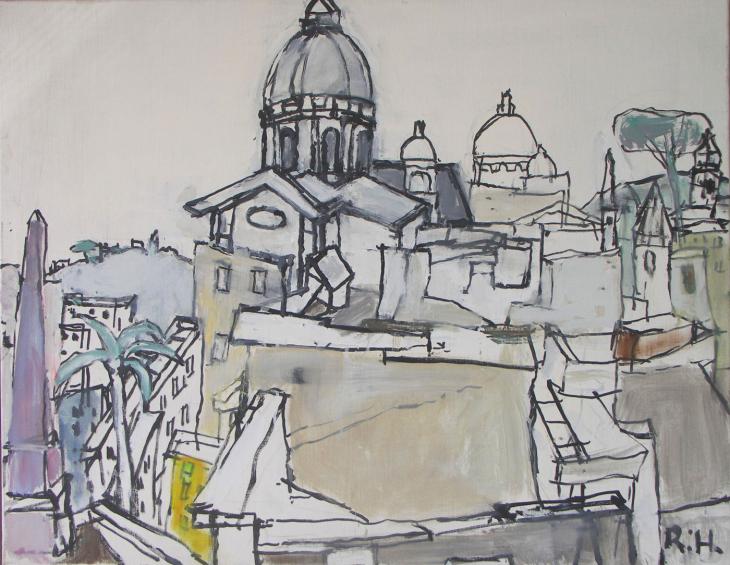 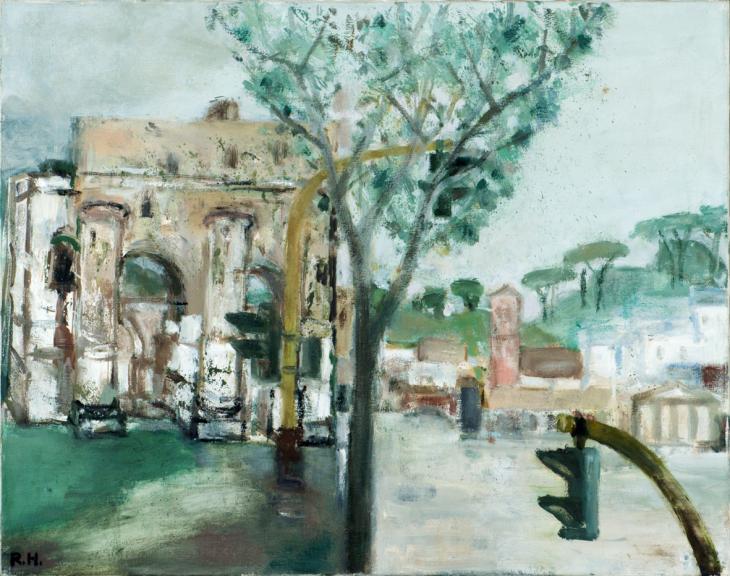 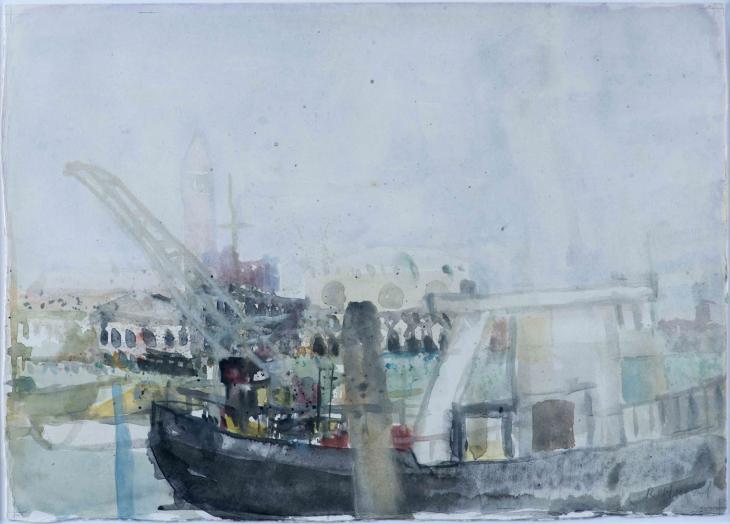 Salzburg-born artist Rudolf Hradil (Salzburg 1925-2007 Vienna) studied at the Academy of Fine Arts in Vienna with Robin Christian Andersen and Herbert Boeckl and is one of Austria's most important draftsmen. His city impressions and landscapes are striking, modern and timeless. Sketchy, with quickly set, fragile, black lines, the cityscapes spread out on the paper. The artist did not aim to draw an exact reproduction of what he saw, but rather to highlight a small section of his impressions. Some details are left out, while others, often secondary in perception (such as electric wires or street signs), come to the fore. Despite the often distorted perspective, the viewer still manages to recognize the places depicted. Rudolf Hradil left behind an extensive oeuvre of paintings and drawings with often unusual views of Vienna, Salzburg, Rome or Venice. The artist is represented in the STRABAG Artcollection with numerous works on paper and canvas.