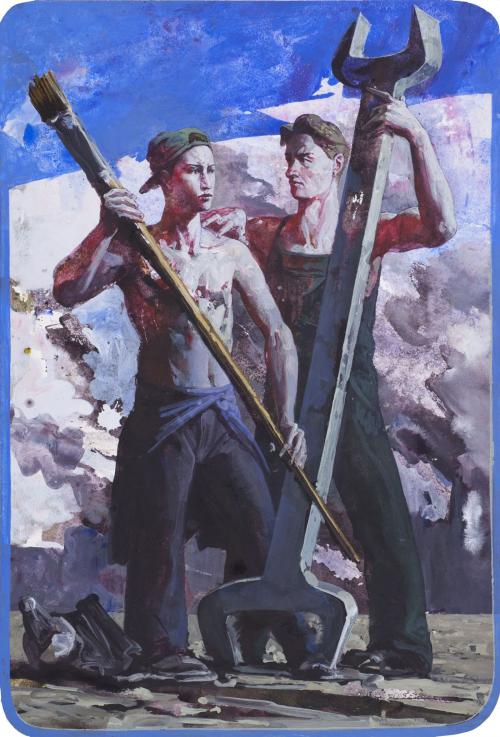 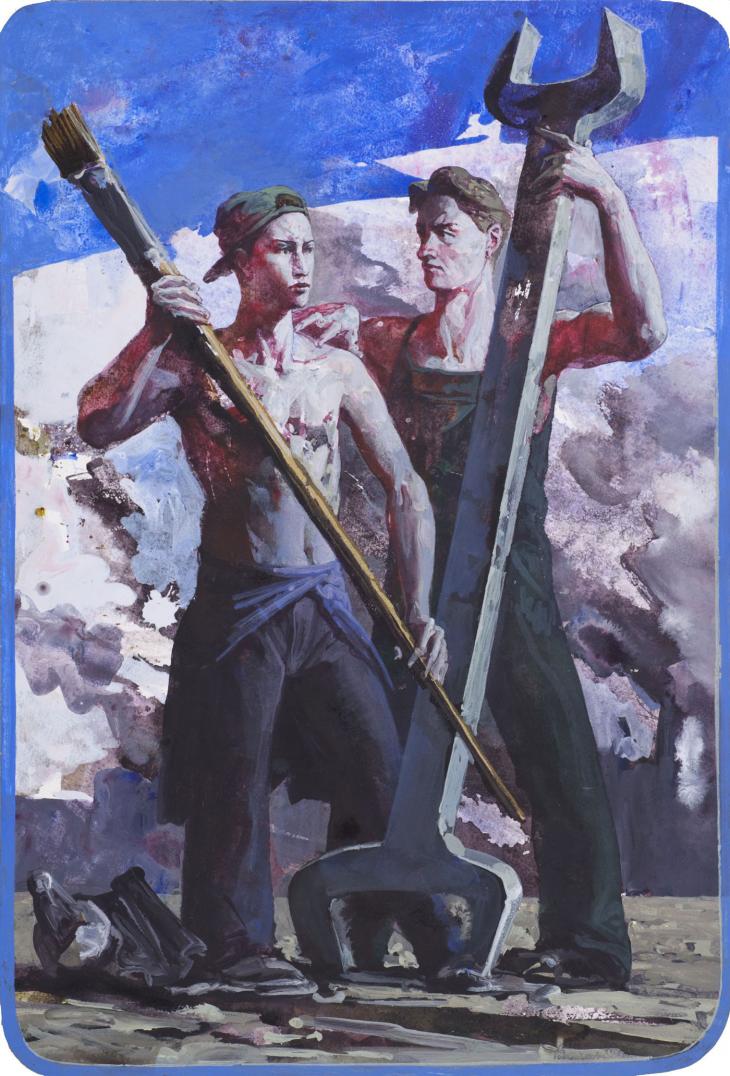 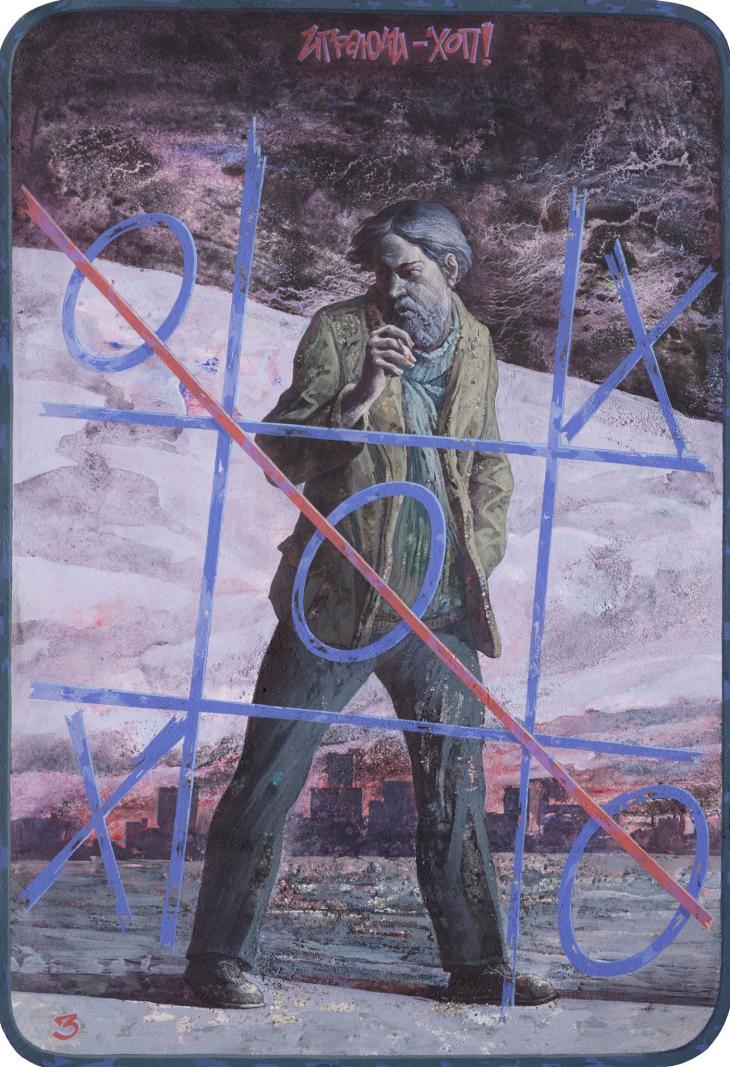 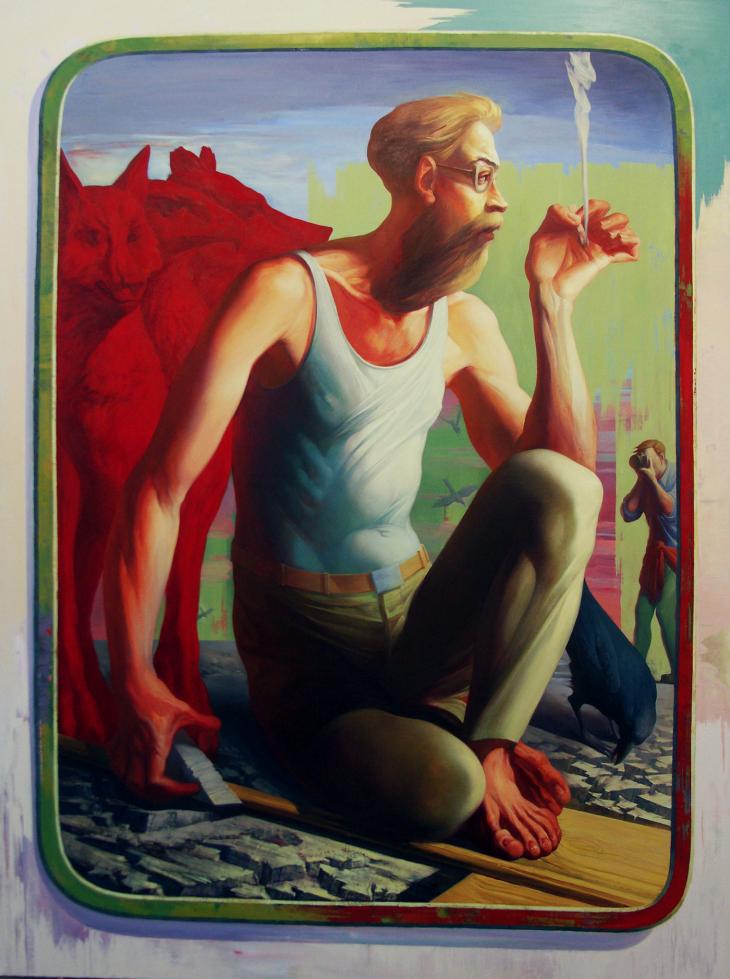 Egor Koshelev (Moscow 1980) succeeds in ironically reviving the Russian image of an artist who is both at home in academic circles and has a profane mind - he serves a kind of Romantic cliché: We see here a painter who is masterful with the brush and whose art strangely resembles either the great masters of the Renaissance or even the Baroque - or perhaps the monumental Soviet style with its colossal heroism and pathos - but away from historical stylization and neo-academicism. This visual language acquires an unexpected topicality due to constant interventions by different visual contexts - street art and the Internet. Koshelev loves to shock the viewers with sharp stylistic contrasts and let them be art experts and hipsters at the same time. And as soon as the wild eclectic experiments give his art a postmodern touch, the artist once again changes his intonation and creates simple and sincere works full of sympathy for the common people. Vladimir Ovcharenko