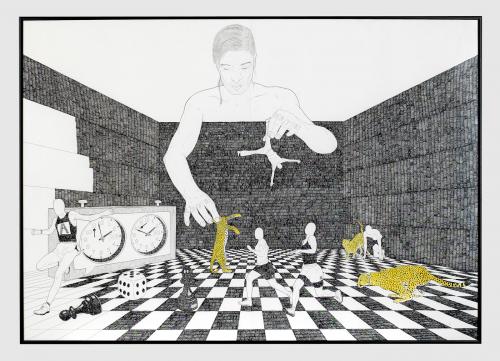 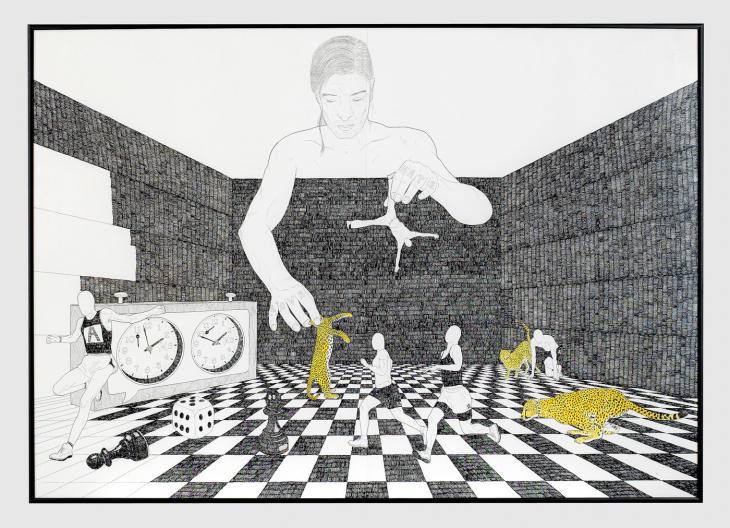 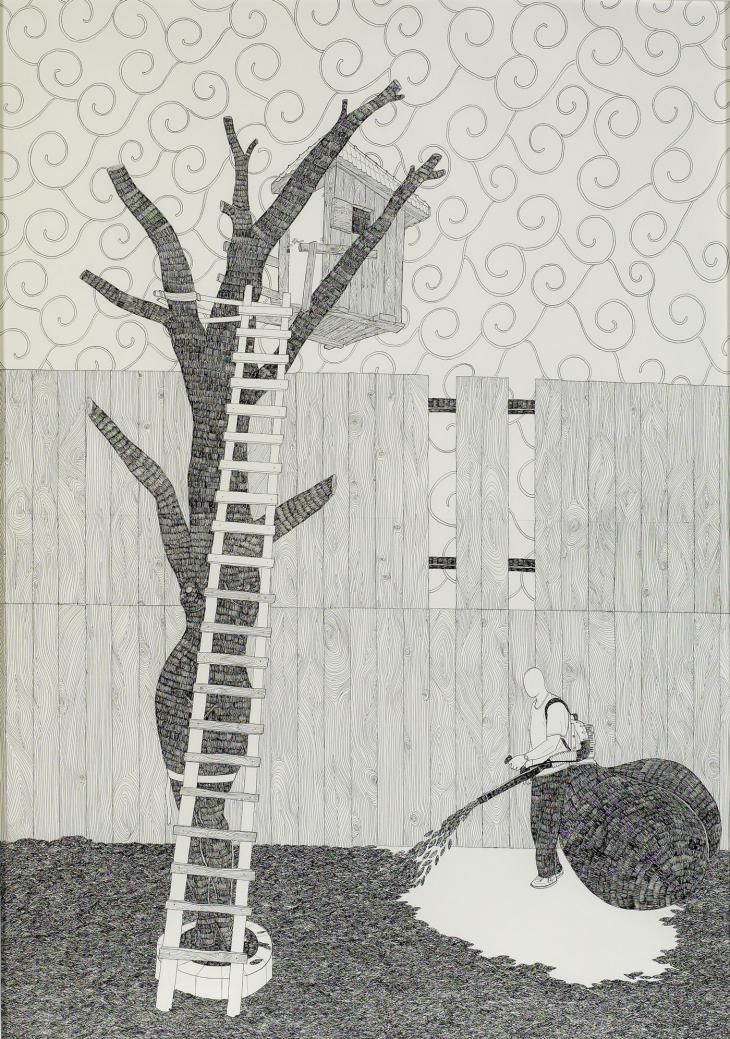 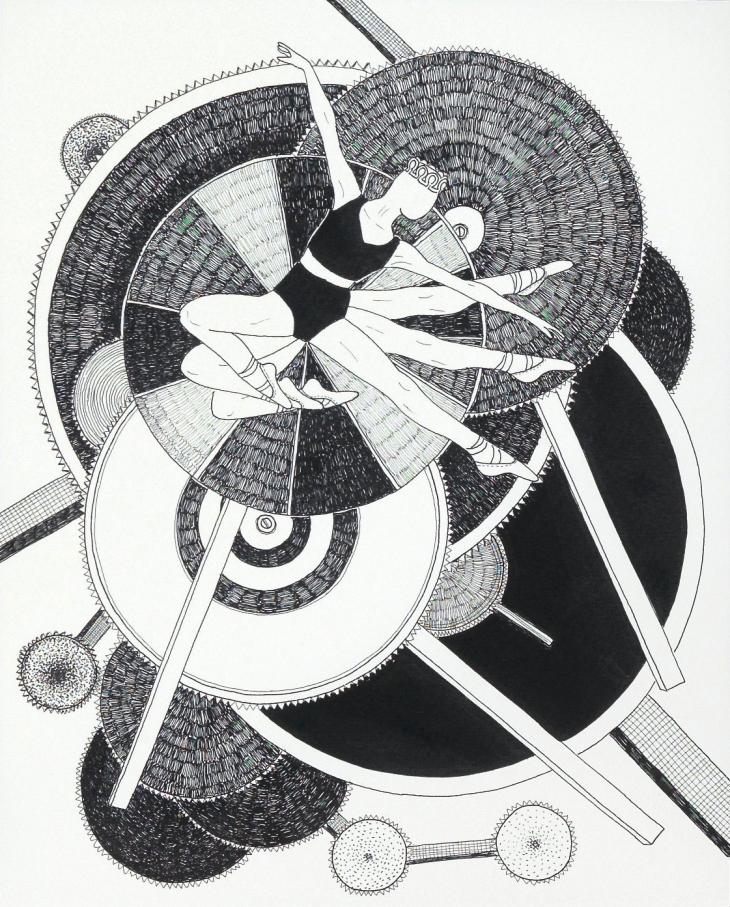 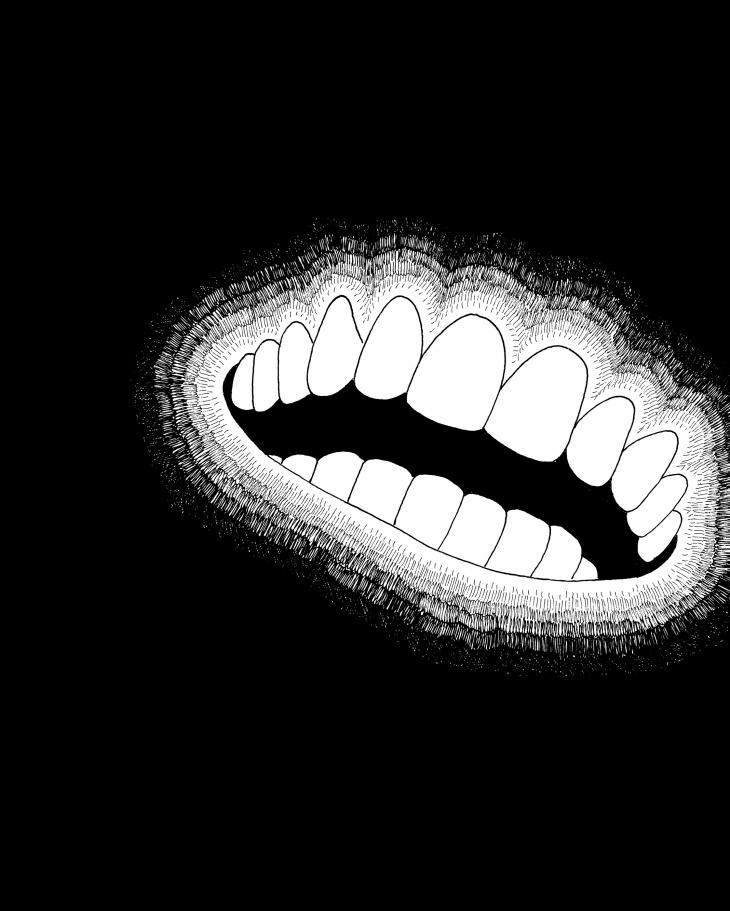 Moussa Kone (Scheibbs/Lower Austria 1978) studied at the University of Applied Arts Vienna with Adolf Frohner. In 2009 he received a recognition award of the STRABAG Artaward International. His precise, finely detailed ink drawings are fascinating because of their ornamentation and symmetry, which hold the composition together, while the figures - people or animals - are always depicted in a very reduced and faceless way. The artist wants to refer to the tight corset of social conventions that constricts his protagonists. Five sheets from the 30-part series en pointe are in the STRABAG Artcollection. In which, faceless ballet dancers balance in front of geometric patterns, circles, triangles, hatched walls and abstract city silhouettes. The extreme precision of the execution corresponds with the dancers' absolute body control. The Chelsea Smiles series references social interaction and smiling as one of the most complex and ambiguous forms of interpersonal communication.