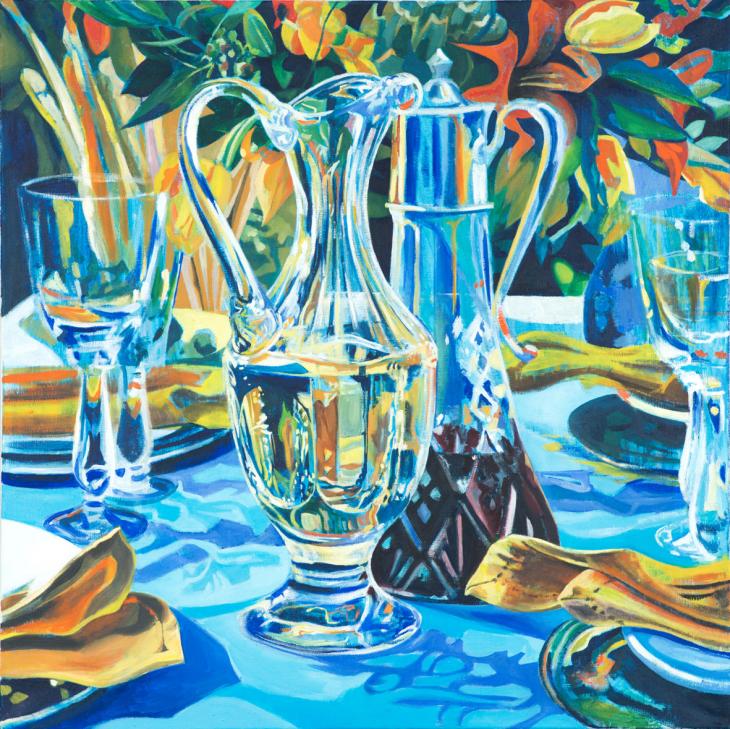 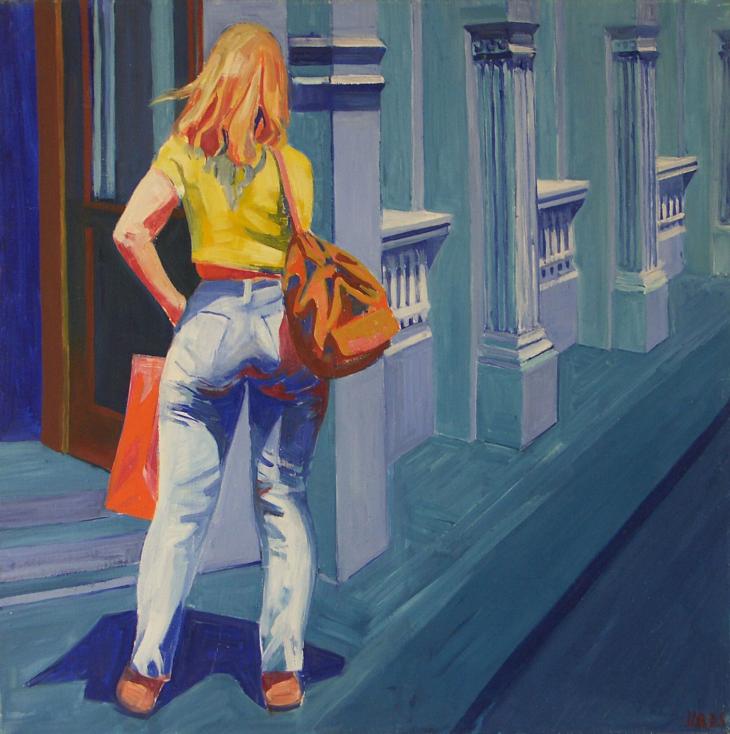 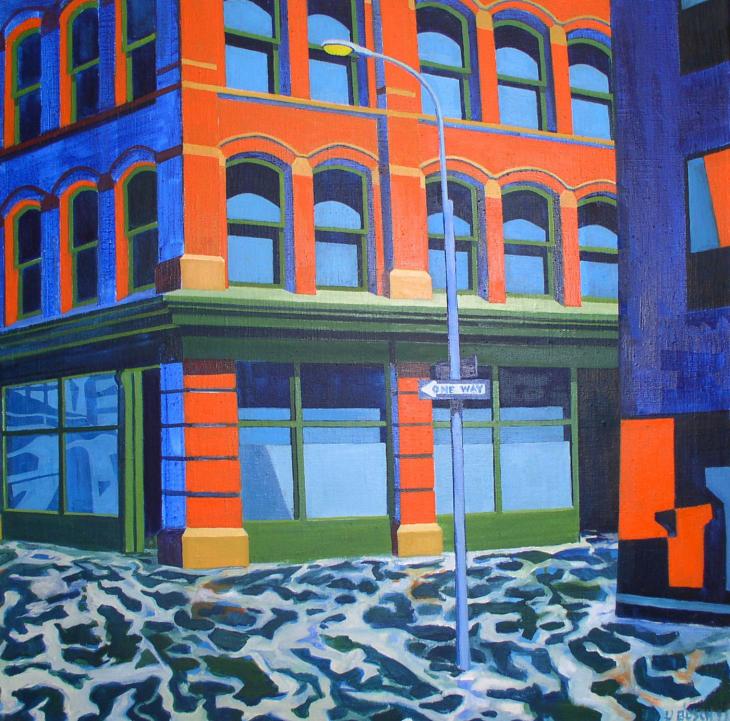 Reminiscences of the great era of American Realism and of its probably most famous representative Edward Hopper cannot be denied in the works of Ulrich Bosch (Hanau am Main 1966). Bosch's views of abandoned streets, deserted coffeehouses, and architecturally unusual buildings also reveal an artistic penchant for precision and attention to detail; when people animate the scene, they do so in almost frozen positions. Bosch's motifs are tourist hotspots - be it the Grand Canal in Venice or the Ronacher in Vienna - extraordinary architecture and magnificent still lifes. While one searches in vain for a lively coloration in Hopper's pictures, Bosch confronts the viewer with a lush palette: rich, almost garish tones are reminiscent of the coloration of colorful billboards. Since his studies, which he completed in 1991 with the significant diploma theme of the representation of the human figure in relation to space and surface, Ulrich Bosch has pursued an independent path of painterly-expressive hyperrealism, which can be considered singular in Austrian art.