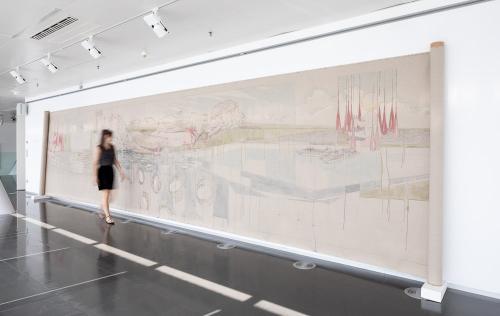 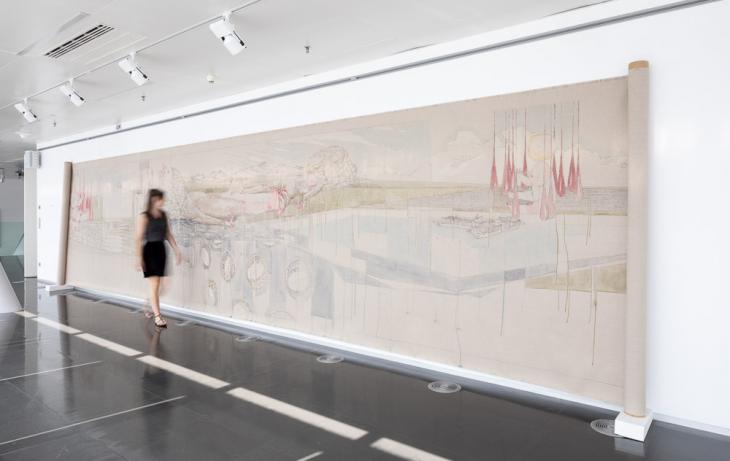 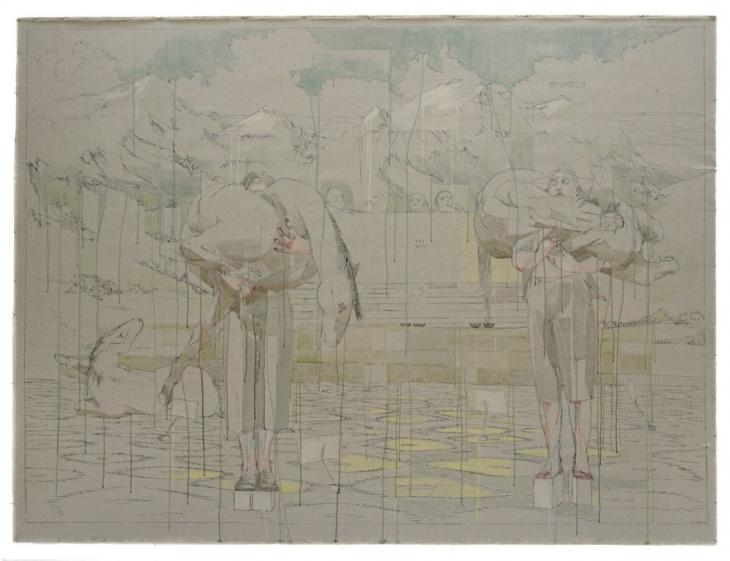 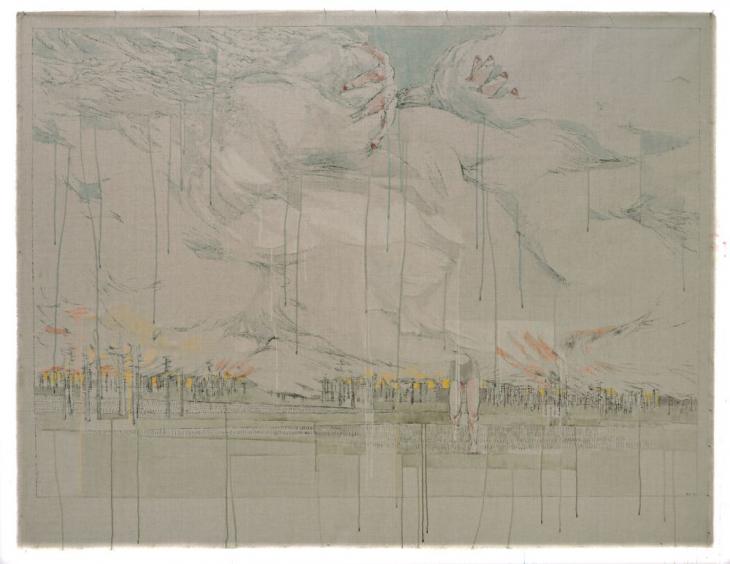 The artist Maria Legat (Villach 1980), who grew up in Carinthia, studied painting at the Academy of Fine Arts in Vienna. In her large-format works she deals with current socio-political issues such as the refugee crisis, the exploitation of nature or motherhood. Since 2014, she has dedicated a series entitled "And on the state of the world" to these complex issues. In this context, the work process is not only difficult due to the content of dealing with complex issues, but also due to the physical challenge that her monumental works entail. Maria Legat usually starts with the raw linen, which she fixes to the wall with nails. This is followed by an ergonomic stroke from the whole body, which initiates the actual painting process. It is important to her to master all the steps alone and without help. At the same time, however, she is also concerned with creating something great, being exhausted and transforming this very exhaustion into a positive feeling. Legat views her works as revelations: They don't cover or hide anything, personal views are revealed in her art and way of working. In 2019 Maria Legat received a recognition award from the STRABAG Artaward International.