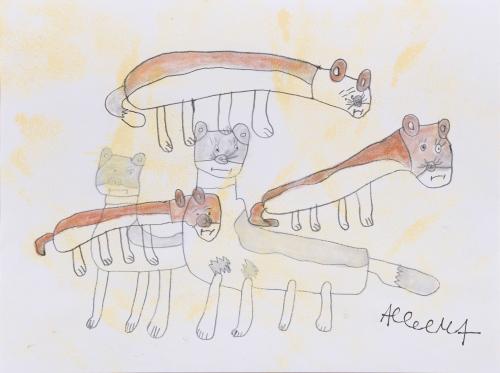 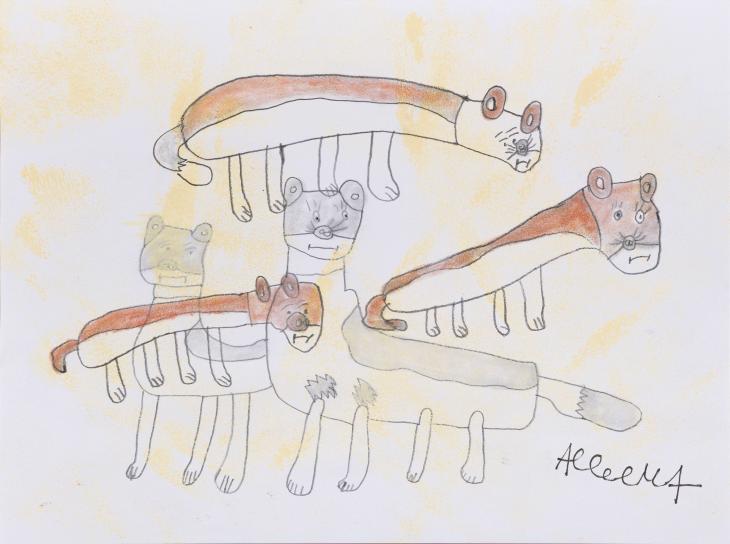 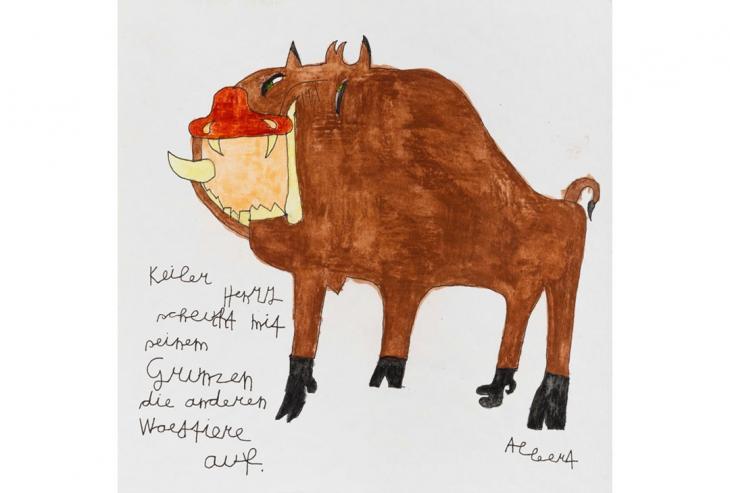 Albert Masser (Graz 1999) grew up in the small mountain community of Garanas in western Styria on his parents' farm. He works in a carpentry and painting workshop in Pölfing Brunn. Even as a young boy, Masser's enjoyment of working with colored pencils and paper was evident and he began to draw his first pictures. His parents recognized and encouraged Masser's talent. Since October 2014, he has been receiving artistic-pedagogical support and training. His latest works - colorful potpourris from the realm of animals - are mostly created with felt-tip pen or watercolors on paper, but now and then Masser also works with acrylic on canvas. His works are imaginative, humorous and expressive at the same time and often complemented by short, concise text passages. Albert Masser is supported by the Fonds andersART, a platform that aims to promote, establish and support self-taught artists with mental illness or intellectual disabilities.