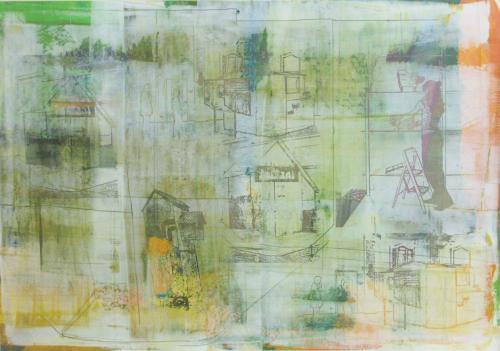 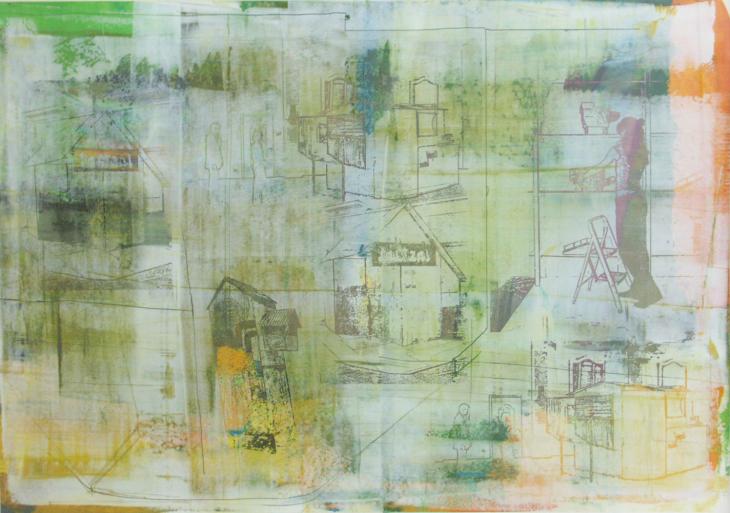 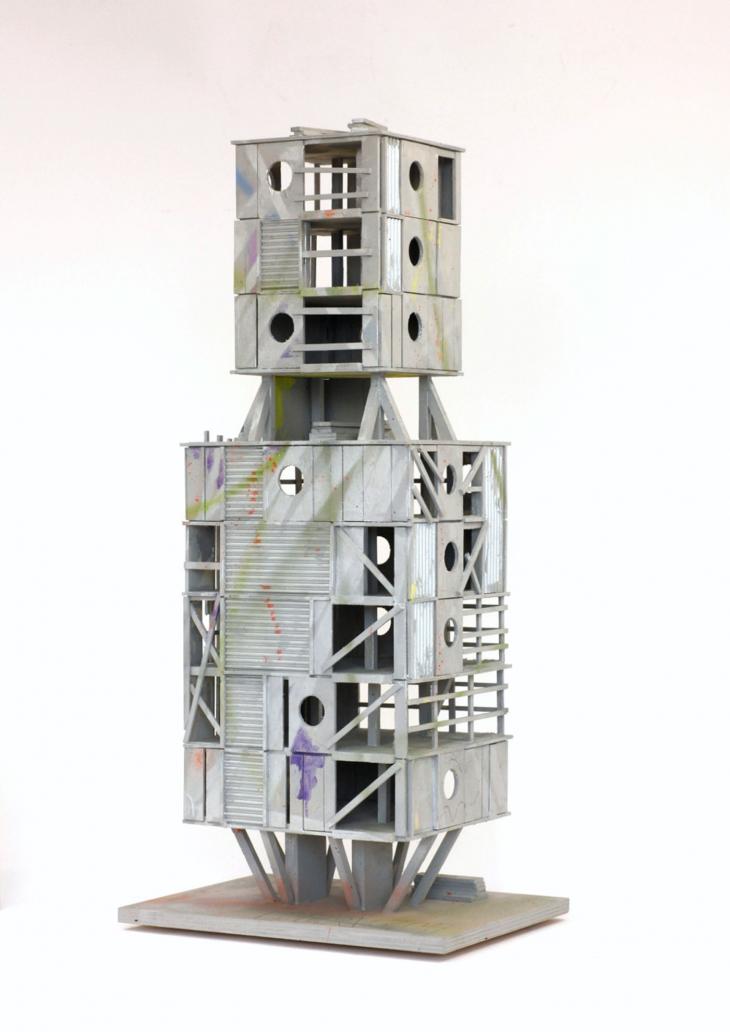 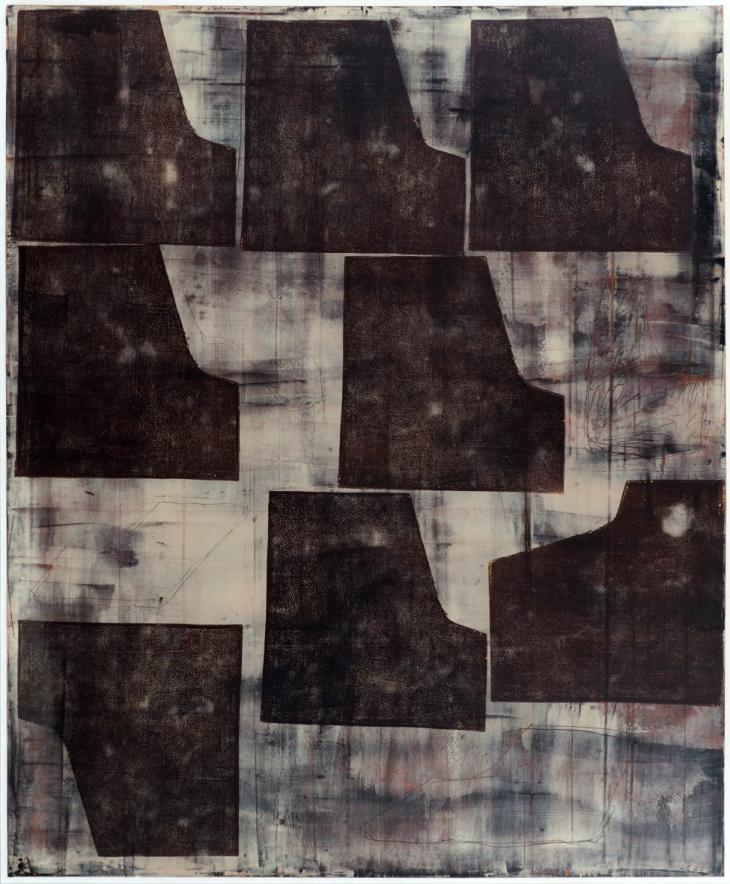 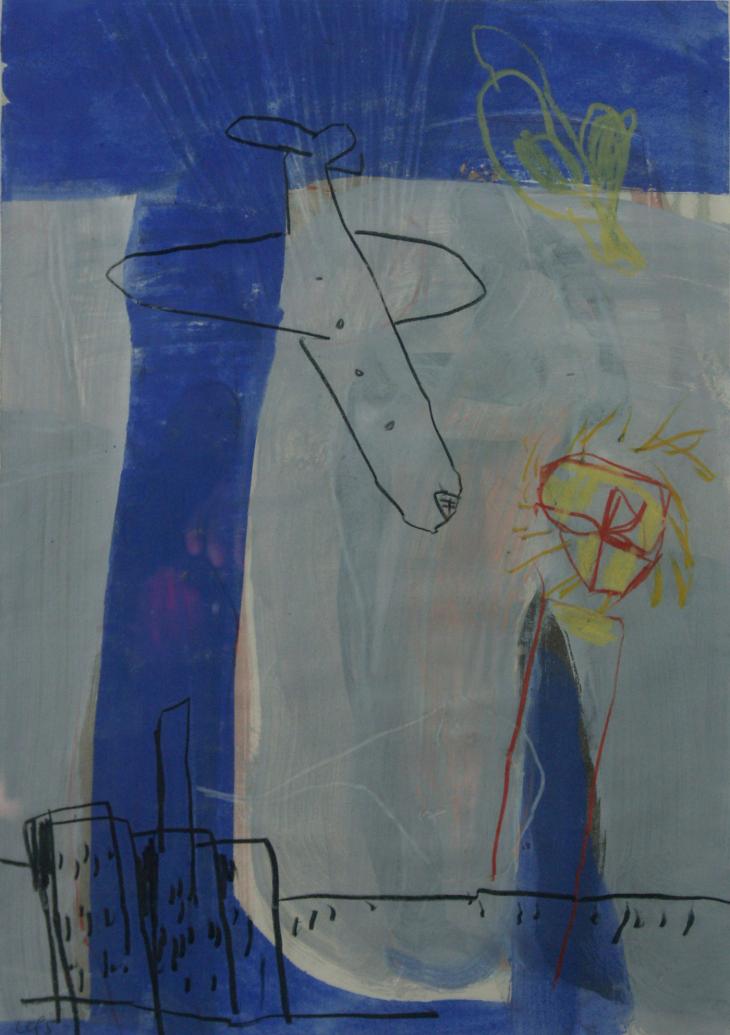 Lorenz Estermann (Linz 1968) studied at the University of Applied Arts Vienna with Ernst Caramelle. In 1997 he was the winner of the Bauholding Kunstförderpreis, the predecessor of the STRABAG Artaward, and in 1999 he received a prize from the Austrian Graphics Competition in Innsbruck. Estermann deals with architectural models and spatial installations in drawings, photographs and sculptures. Influenced by numerous travels and the architectural traditions of Central and Eastern Europe, he creates three-dimensional, imaginary building models from simple materials such as cardboard or plywood, in which a variety of real motifs combine with fictitious building elements. Initially conceived as models for works on paper, the architectures have developed into autonomous works in Estermann's oeuvre, documenting, analyzing, and caricaturing the dream and utopia of modern architecture for the viewer.