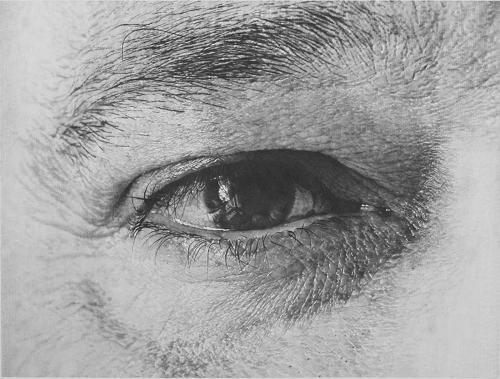 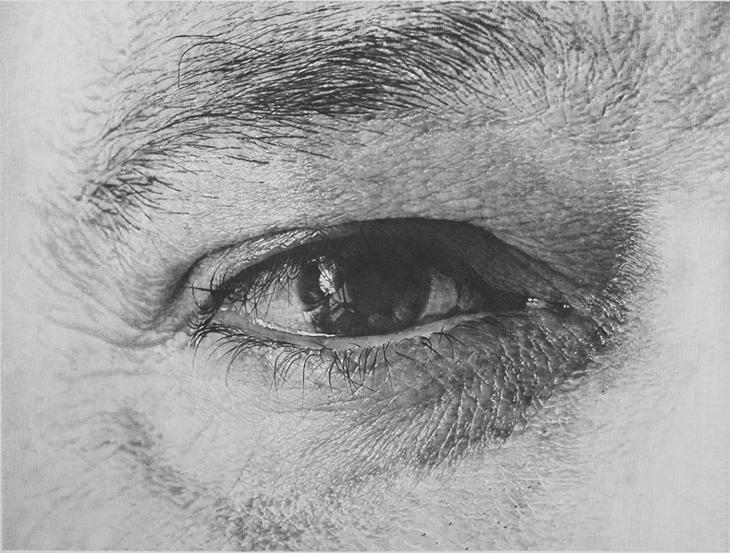 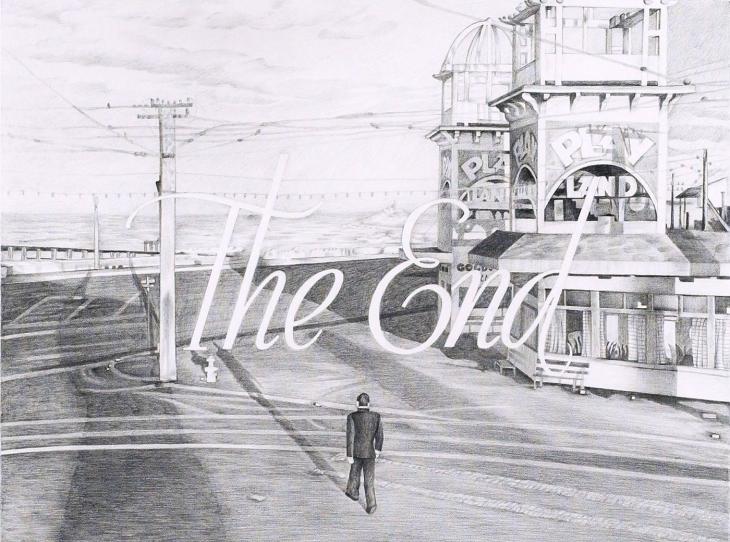 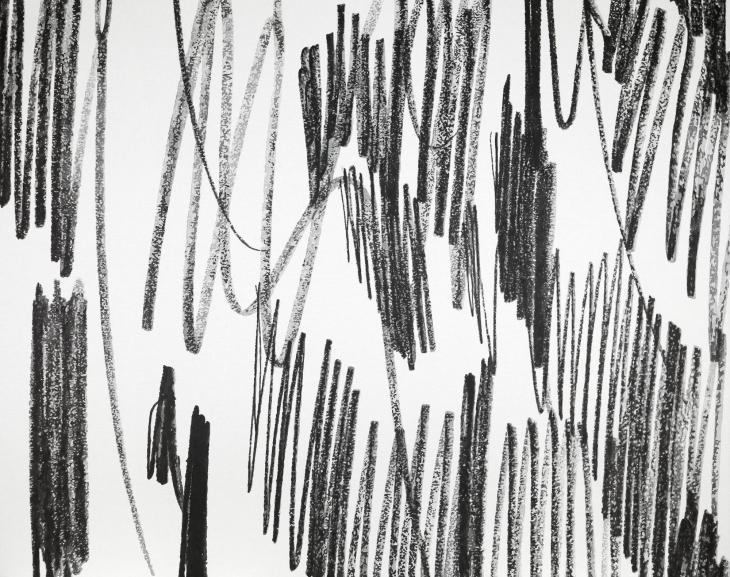 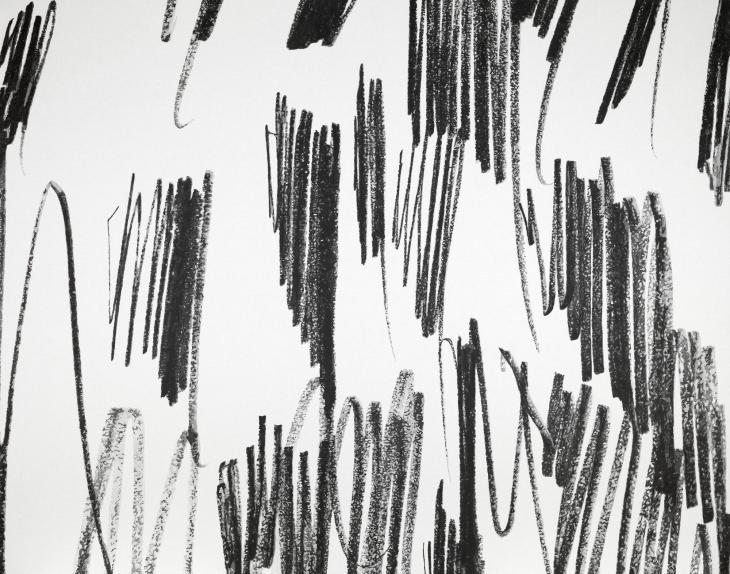 Sonja Gangl (Graz 1965) studied at the Academy of Fine Arts Vienna and at the University of Applied Arts in Vienna. She works in extensive series with the media of photography and video, as well as with painting and drawing. In the series Captured on Paper - The End Gangl creates the motifs for her drawings, some of which are very large in format, from the tension between two media, namely drawing and the moving image. For her works, the artist selects film closing shots - The End writings - which she meticulously captures in pencil. Sonja Gangl dedicated another series to the depiction of eyes, although only some of them are taken from film clips. They are hauntingly drawn close-ups with which the artist creates the inversion of the voyeuristic gaze: this does not only emanate from the viewer, but from the image itself. In the series Supralinien, seemingly banal scribbles come onto the large canvas: accidental by-products of the drawing process are greatly enlarged and rendered as meticulously as they are brilliantly painterly. Sonja Gangl received a recognition award of the STRABAG Artaward in 2005.