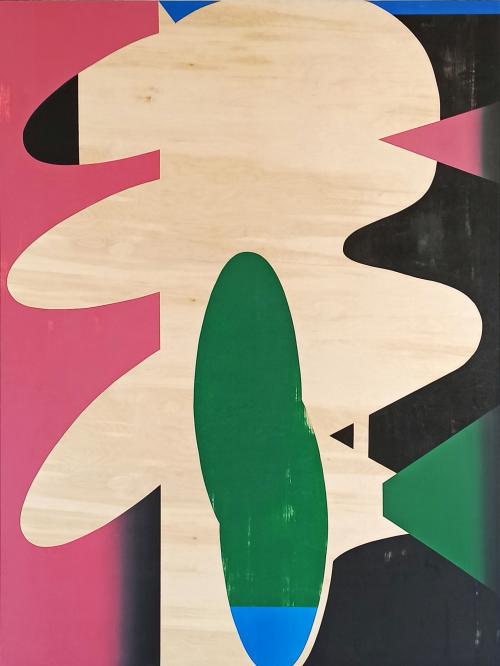 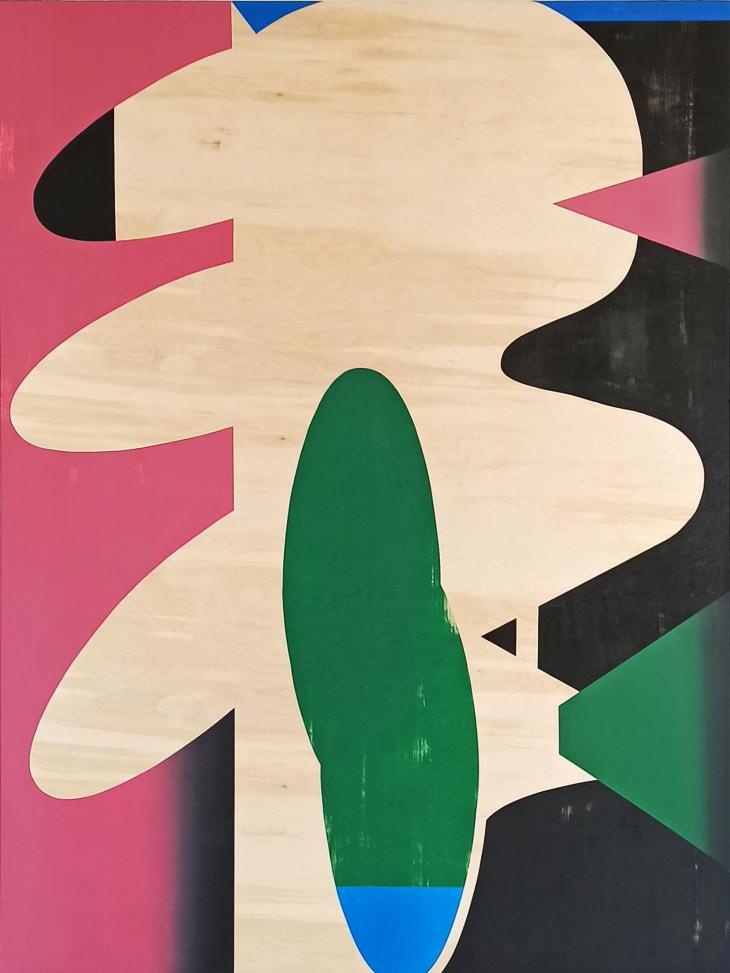 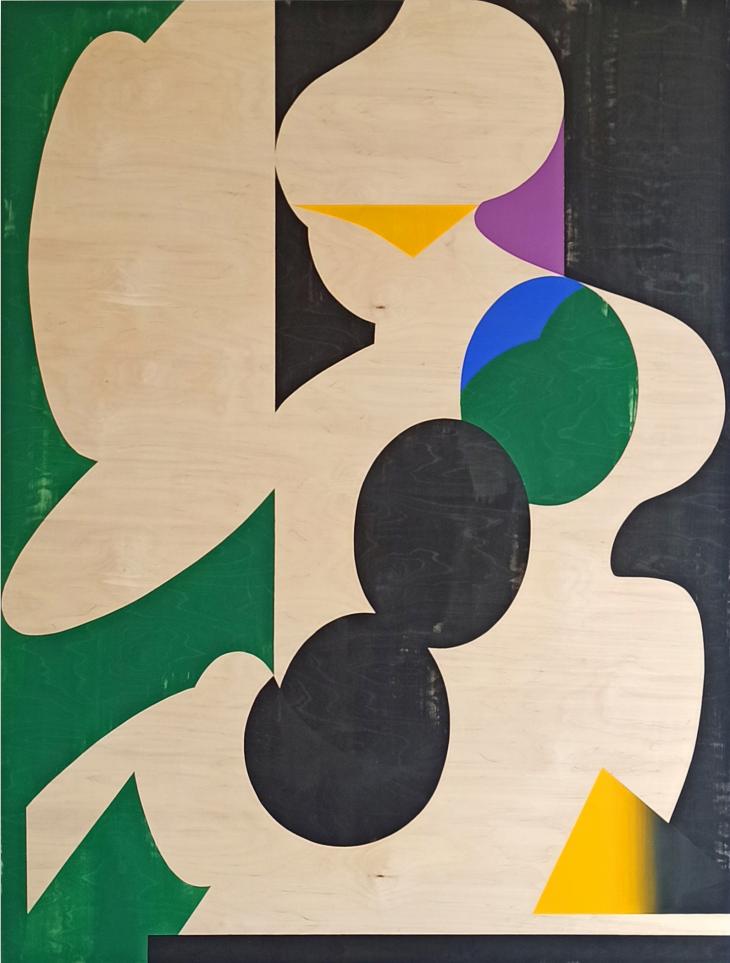 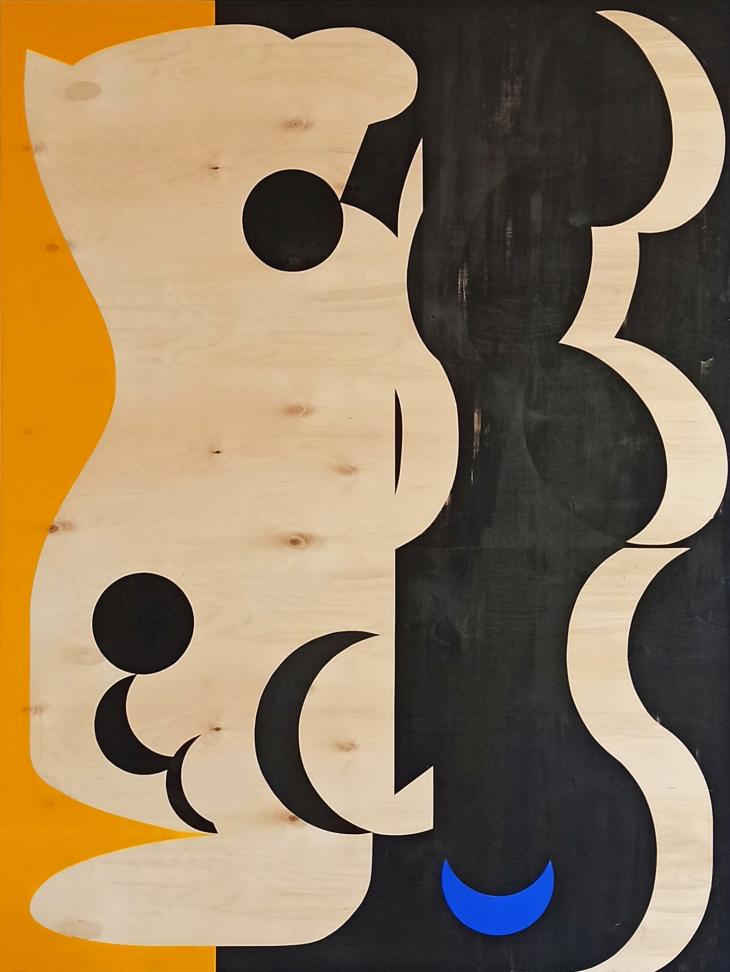 Dániel Bernáth (Debrecen/HU 1990) studied painting at the Hungarian Academy of Fine Arts. His main interest is the image itself, as object and idea but also as historical and abstract formation. Bernáth's artistic work is strongly connected with the choice of material. Thus, among other things, he uses sheets of plywood to apply his motifs. The boards are made by peeling trees, each layer also exposes the annual rings, they are industrially produced and at the same time the work of nature – therefore creating an exciting contrast. It is precisely this surface that has a unique and singular aesthetic for the artist. He partially covers it during the working process or leaves it untreated as part of the motif. In order to handle the wood as precisely and respectfully as possible, many sketches and studies are made in advance. Bernáth does not want to show a concrete image, it is much more about the dialogue between him and the medium as such. Dániel Bernáth received a recognition award from the STRABAG Artaward International in 2022.