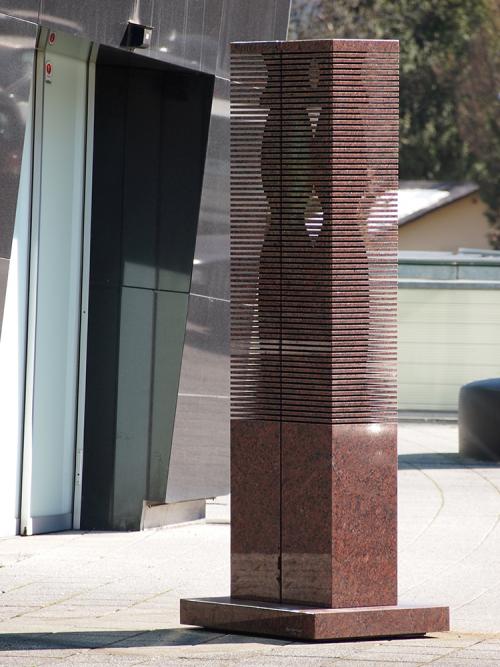 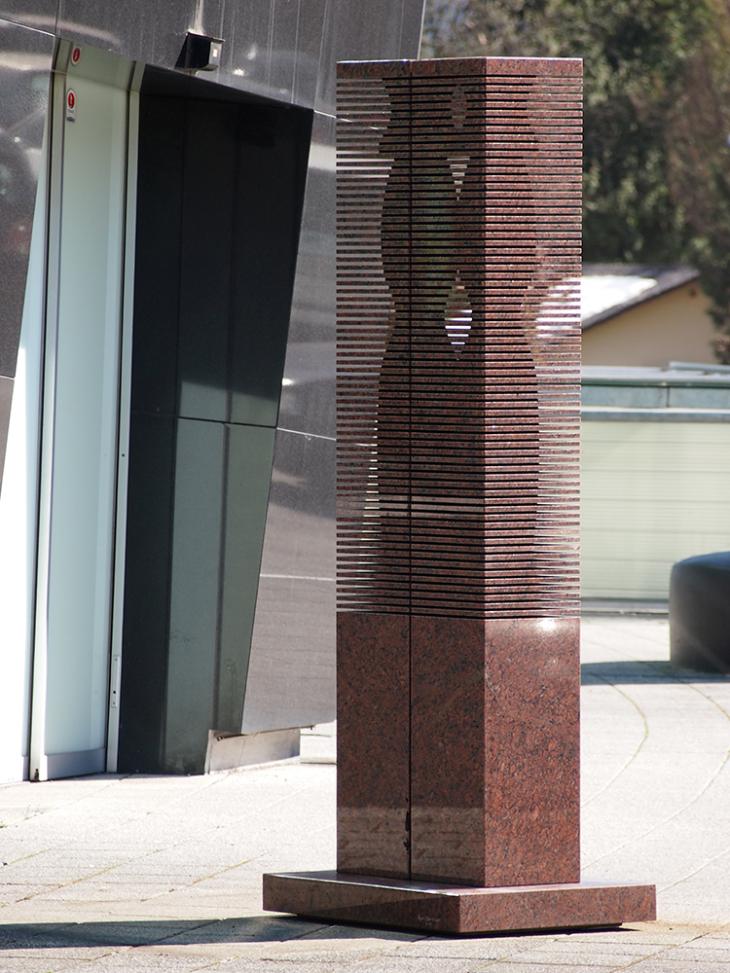 Born in Carinthia and living in Lower Austria, artist Egon Straszer (Malta/Carinthia 1966) trained as a wood and stone sculptor and consistently develops his œuvre of sculptures and objects. In particular, Straszer focuses on the material stone and plays through its versatile possibilities of form design: He hollows, perforates and breaks through the stone and, thanks to modern technical possibilities, also finds completely new forms of expression. For example, the artist has the stone sculpted according to his designs using computer-controlled diamond cutters, resulting in the laser-cut, fanned-out large sculptures of the "stone_clearing" series, which reveal a figure in their center when viewed along the correct axis.