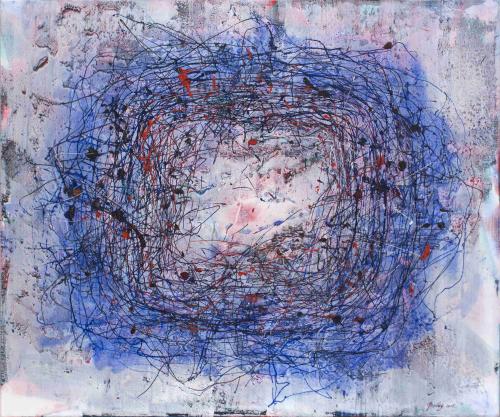 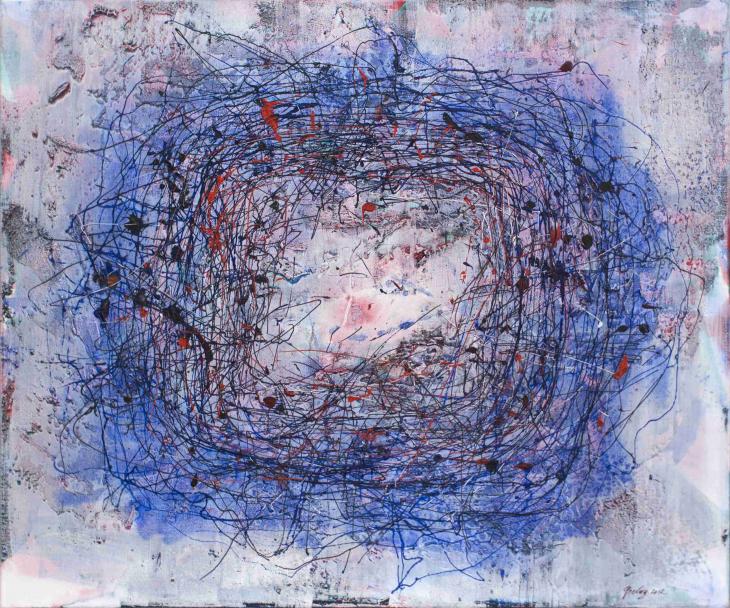 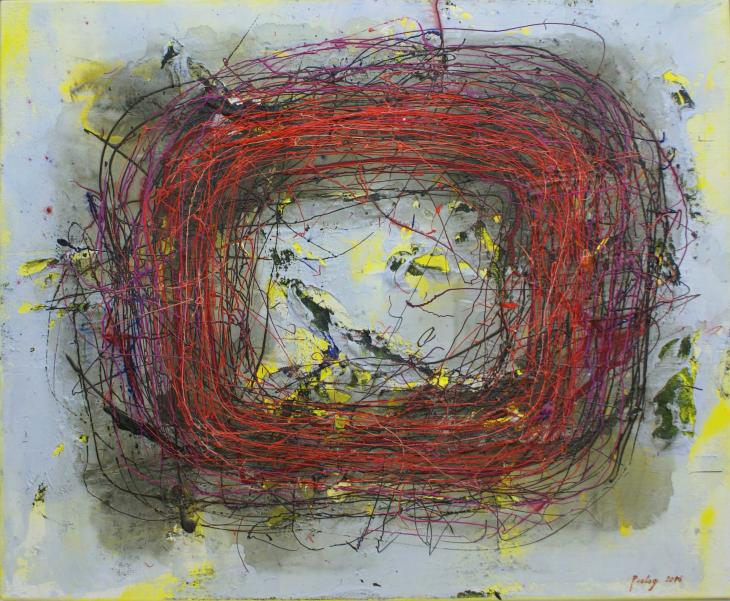 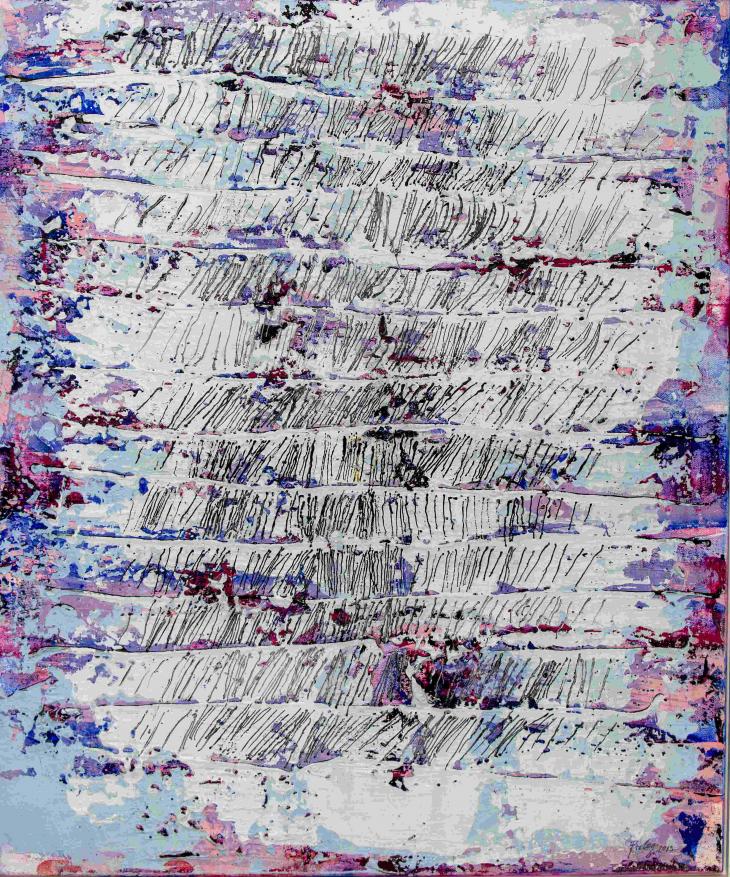 Born in what is now Slovenia, Drago Prelog (Celje/YU 1939-2020 Vienna) studied at the Academy of Fine Arts in Vienna under Albert Paris Gütersloh, but deliberately did not complete his training with a diploma. The so called "Umlaufbilder", art pieces that he worked on from all four sides, bear his unmistakable artistic signature. Prelog placed the canvas on the floor and began to make meditative brushstrokes on the image surface as he circled the work. All sides were treated as objectively equal; there was no up or down, no left or right. Rather, Prelog artistically lived out the ritual, the processual, the rhythm in his work. Like an uneven spiral, there are mostly black, red, or yellow circular constructs that interweave on the surface of the picture until the beginning and end of the lines are no longer discernible. In the center of the art work, in many cases, a magic white area remained free. Drago Prelog described his circulating pictures as trace pictures and as the result of his ritualized action. They testify to an empathy and an effort to combine chaos and order.