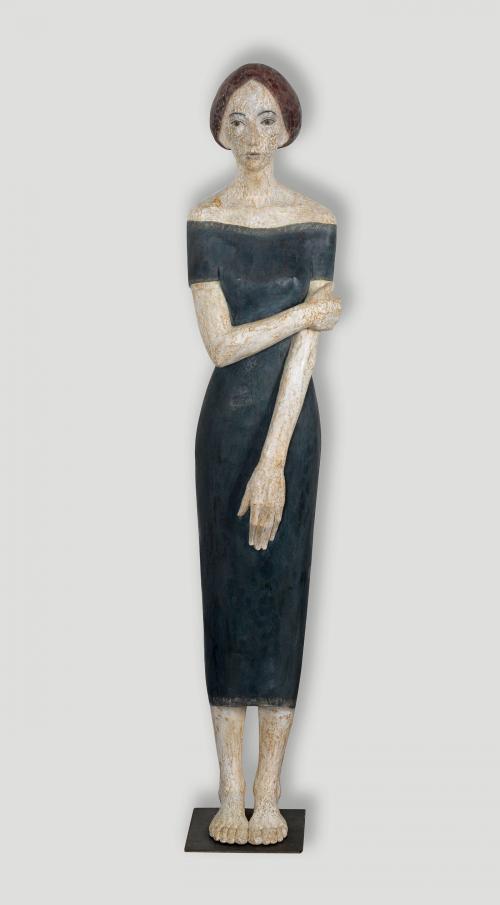 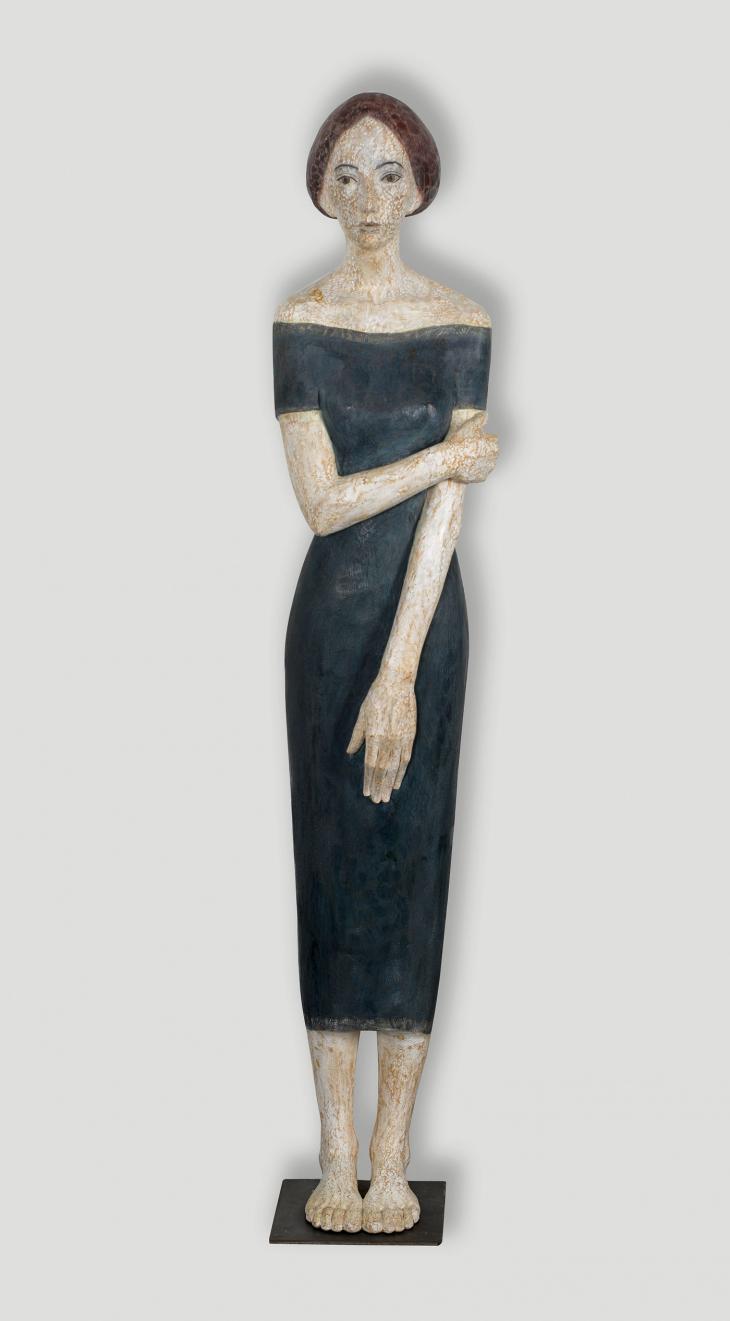 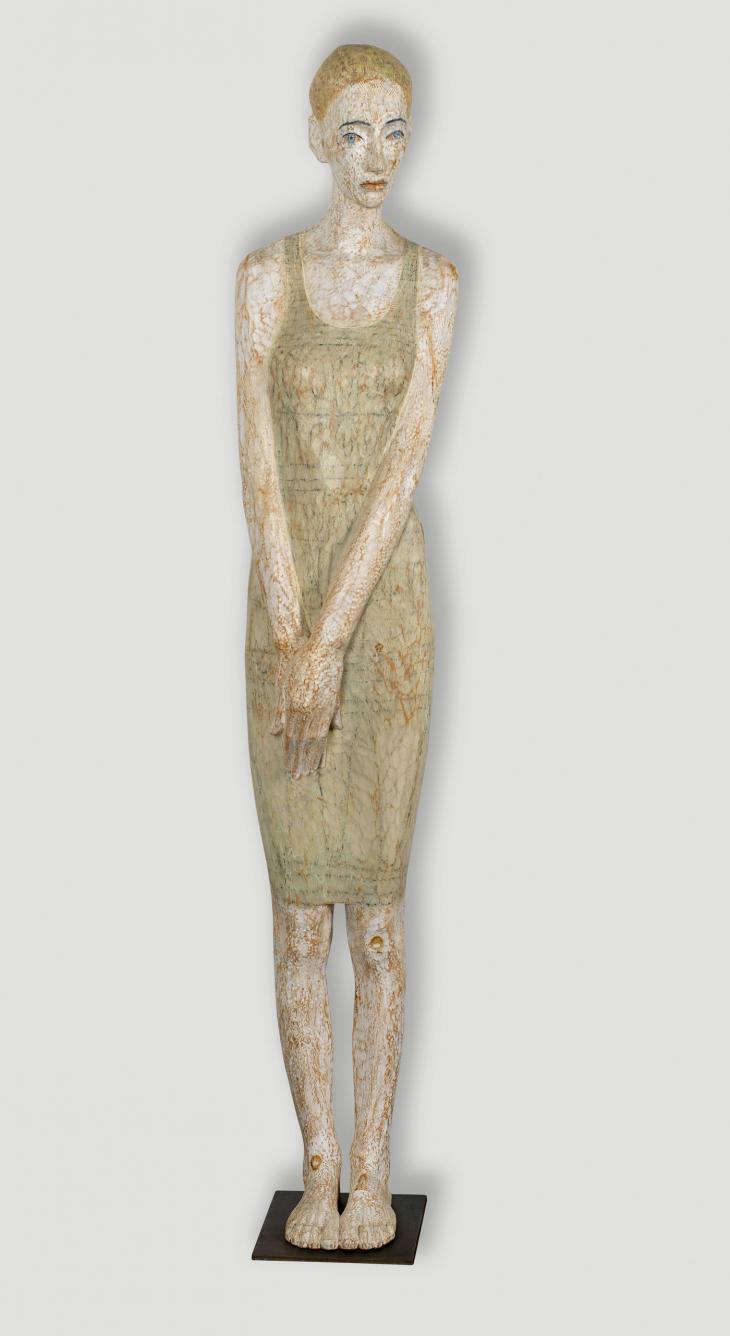 The South Tyrolean sculptor Walter Moroder (Val Gardena/South Tyrol 1963) studied at the Academy of Fine Arts in Munich from 1983 to 1988. Study trips took him to London, Mexico, Guatemala and Indonesia, for example. Mostly female figures, which Moroder first sculpts as small clay figures, then carves them life-size in wood and breathes life into them with colorful accents. The steles have an immediate aesthetic effect; they penetrate the viewer with their gaze and touch with their graceful posture. It seems as if the women were in a trance state, as if they were about to wake up and fill the wood with human life.