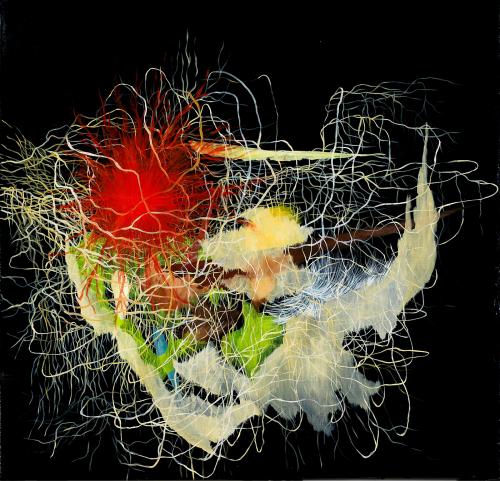 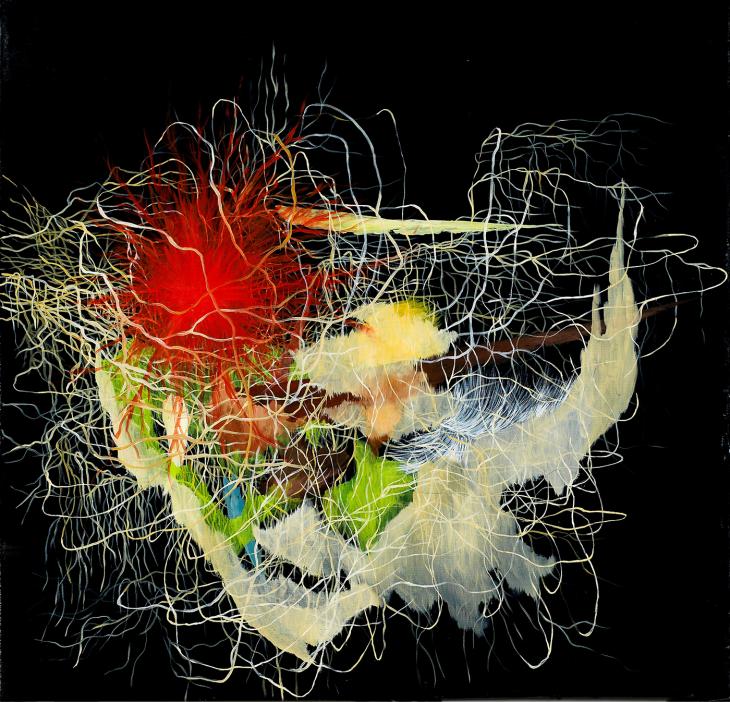 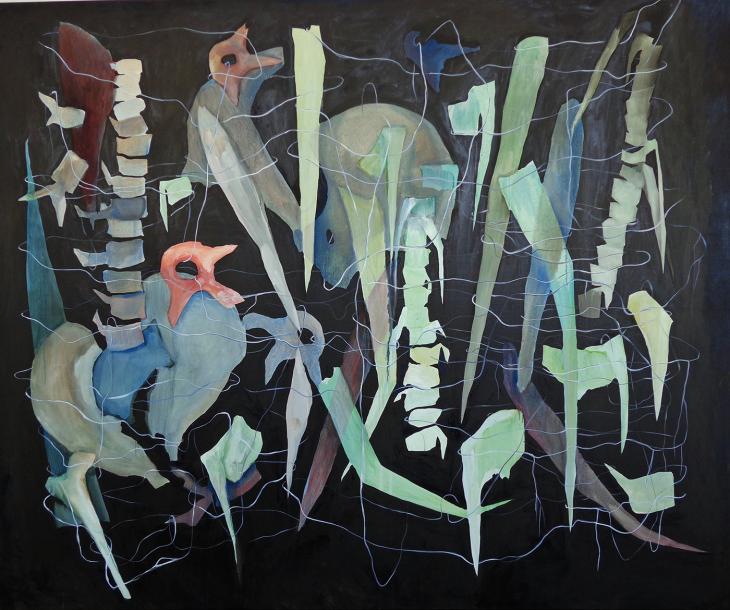 Irmina Staś (Selchow/PL 1986) studied painting at the Academy of Fine Arts in Warsaw. In her works she takes the viewer on a journey into the interior of organisms. The large-scale series Organism reveals a look inside the body, at bones, vertebrae and innards lined up against a neutral background. "I want to use painting to reveal the inside. Study how sensational or abstract fragments merge and change their properties," says Staś. The motifs of her paintings are always fed by emotions and physical experiences. In her most recent series, Ornament, which the artist has been working on since 2018, Staś condenses individual body fragments-an eye, a breast, a fingernail, or a tooth-into a simplified graphic form abstracted from context. By multiplying and rhythmizing the pictorial elements, the artist forms ornamental patterns on the canvas. In 2013 Irmina Staš received a recognition award as part of the STRABAG Artaward International.