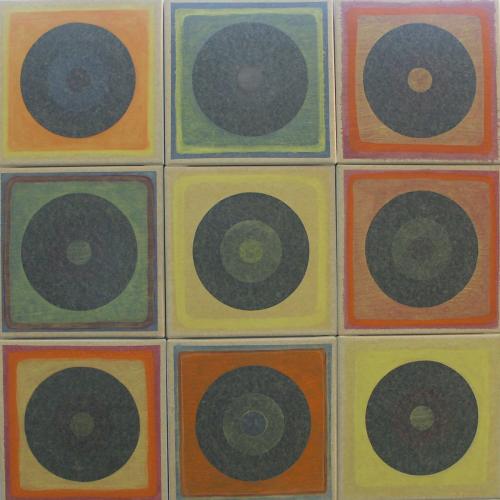 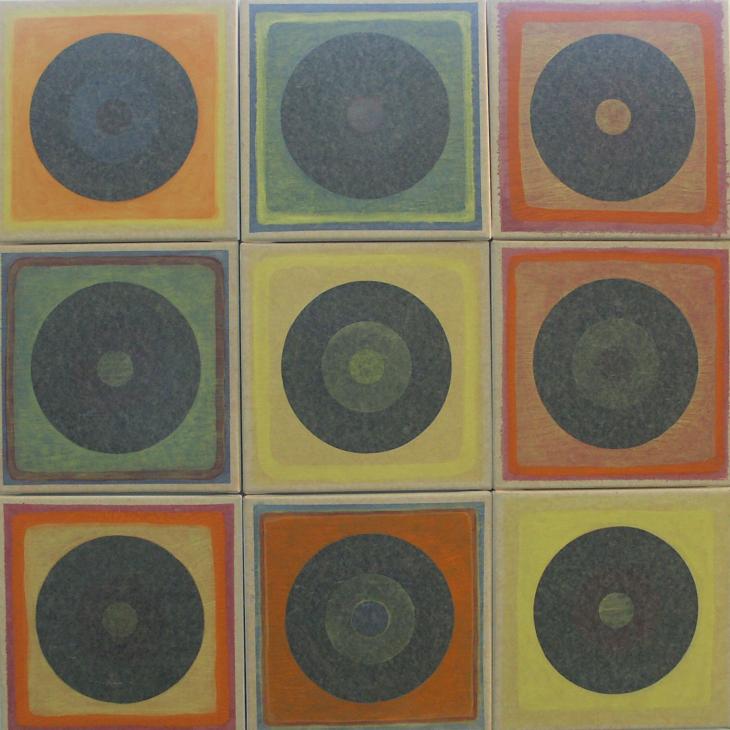 Uwe Bressnik (Villach 1961) studied at the University of Applied Arts Vienna under Peter Weibel and Ernst Caramelle, among others. In 1994 and 2000, Bressnik received prizes from the Bauholding Kunstförderpreis, the predecessor of the STRABAG Artaward. Bressnik's work is interdisciplinary. Painterly positions merge with sound installations and spatial objects. The constant of music runs through the entire oeuvre, as in the nine-part work on canvas, which shows stylized vinyl records.