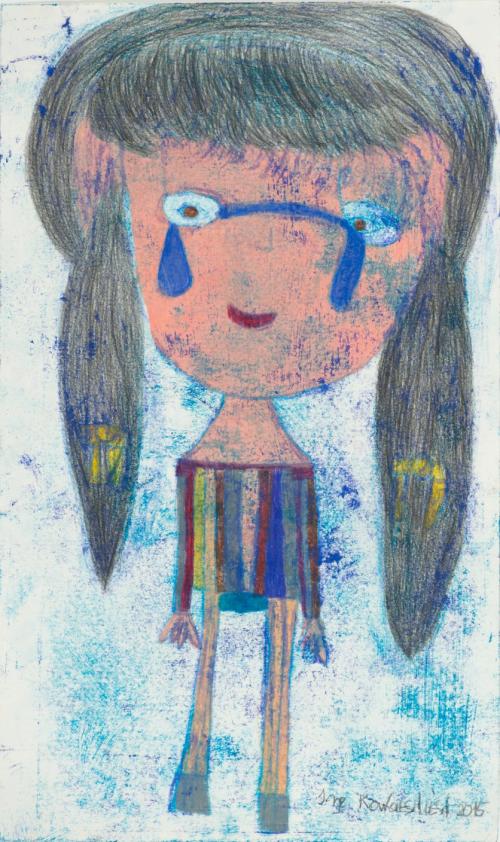 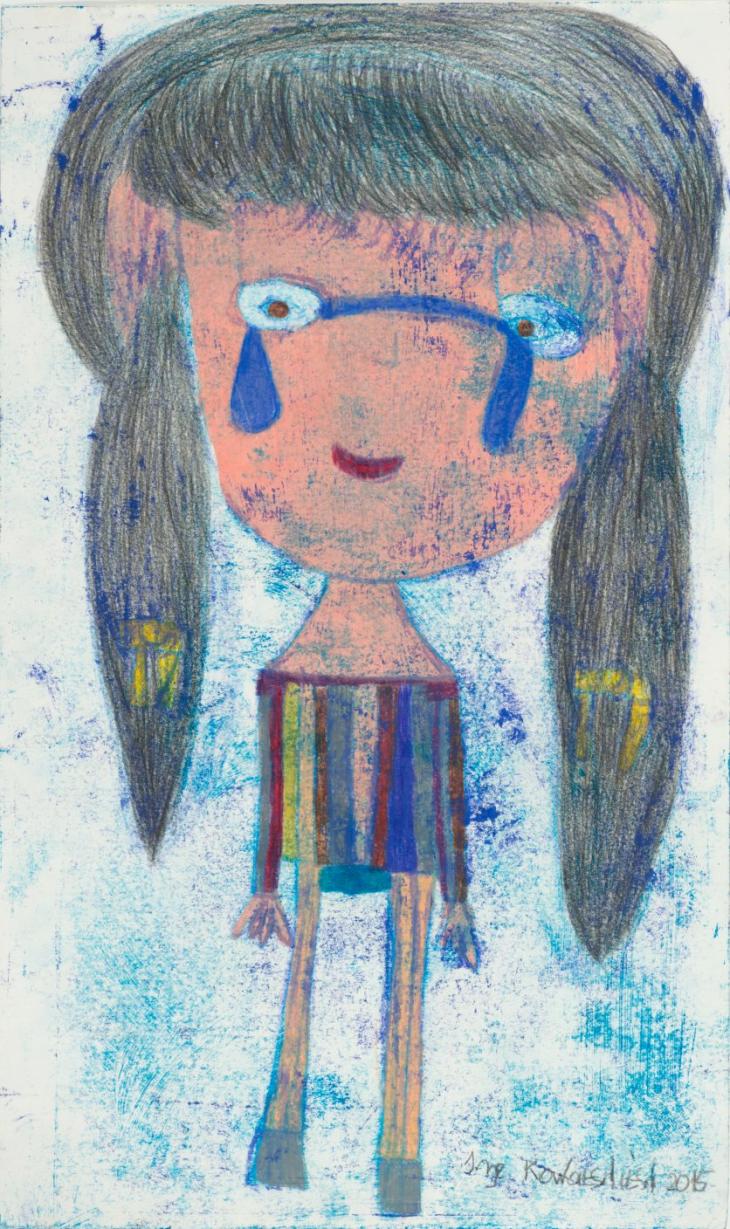 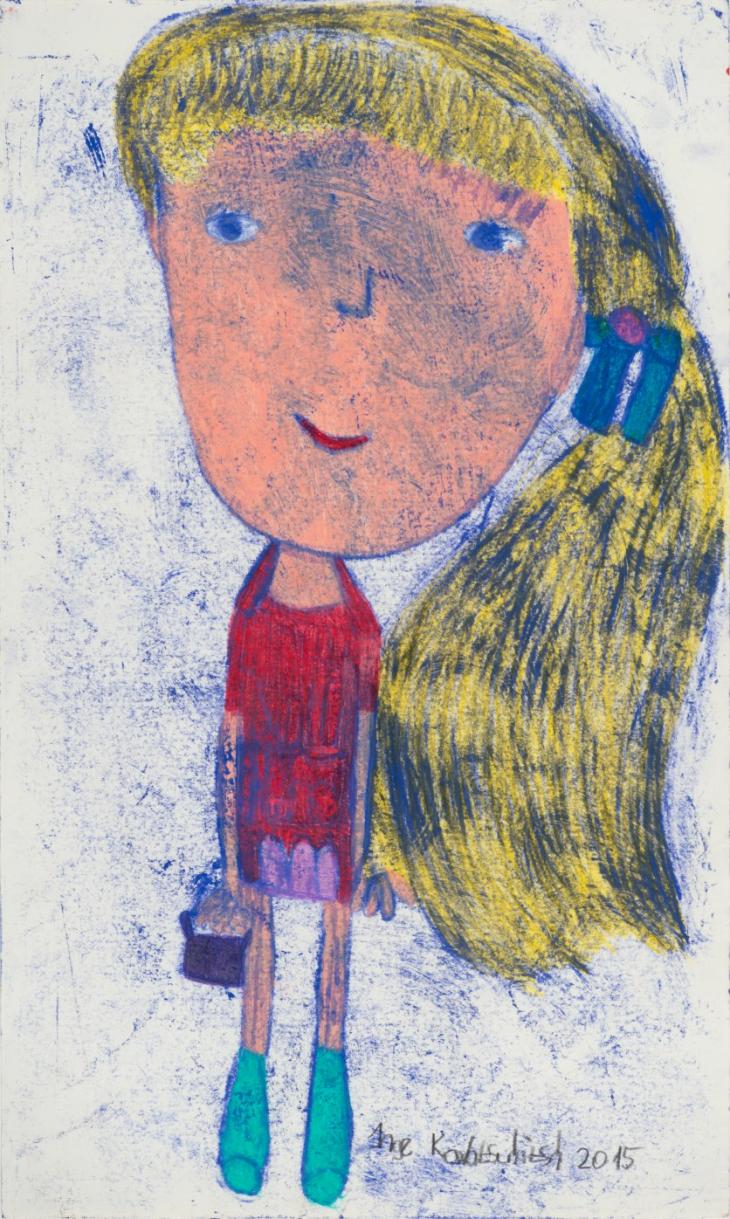 Ingrid Kowatschitsch (Klagenfurt 1960) has been a member of the Kunstwerkstatt de La Tour in Treffen near Villach since 2012. The Kunstwerkstatt de La Tour is one of the oldest studios in Austria where visually talented and creative people with special needs can develop and establish themselves as artists. Kowatschitsch works primarily with monotypes, a printing process in which only a single print is made. Dark oil paint is first applied thinly to a glass plate and covered with a sheet of paper. By marking the paper, black contours are created on the sheet in a transfer printing process, which Kowatschitsch then completes with colored pencils in a further step. The motifs include trees, flowers, animals and the female model. Kowatschitsch works in series and usually creates several works on one theme.