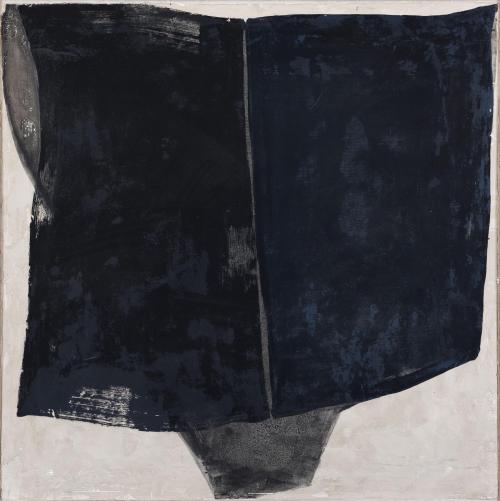 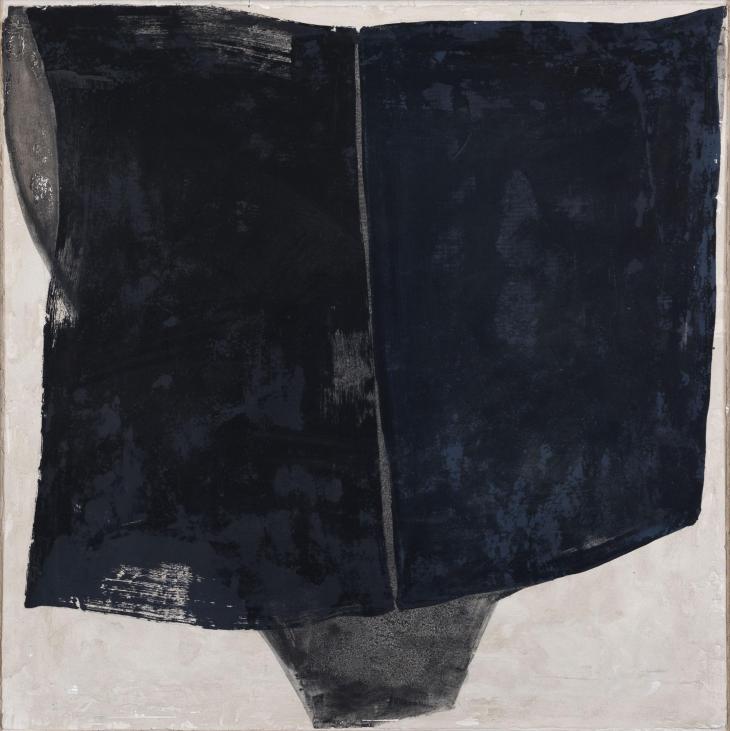 Armin Ebner (Villach 1966) studied architecture at the University of Applied Arts in Vienna with Wilhelm Holzbauer. In his painterly work, he usually works in a minimalist and color-reduced manner, establishing a point of connection between architecture and art. For example, he uses concrete as a support material, which he leaves in its raw original form and works on monochrome with black acrylic and oil paint. Layer by layer, sometimes denser, sometimes more permeable, he applies the paint, creating a surface structure that lays on the concrete like a piece of fabric and thus contrasts with the brittle substrate. Ebner's work is timeless and poetic. He received a Bauholding Kunstförderpreis, the predecessor of the STRABAG Artaward, in 1994. Today he works primarily as an architect.