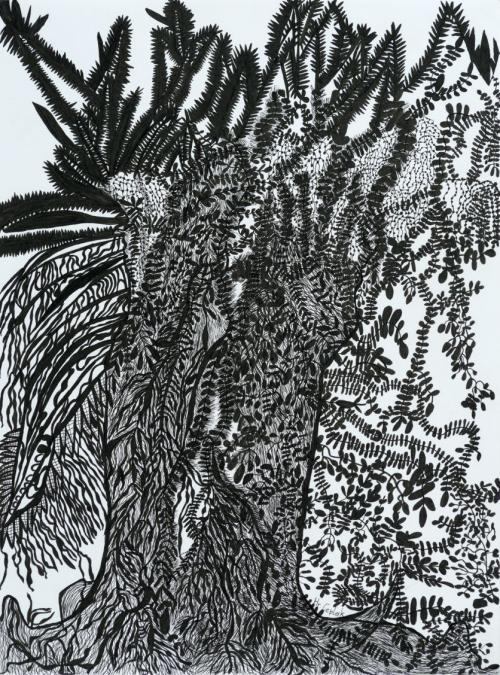 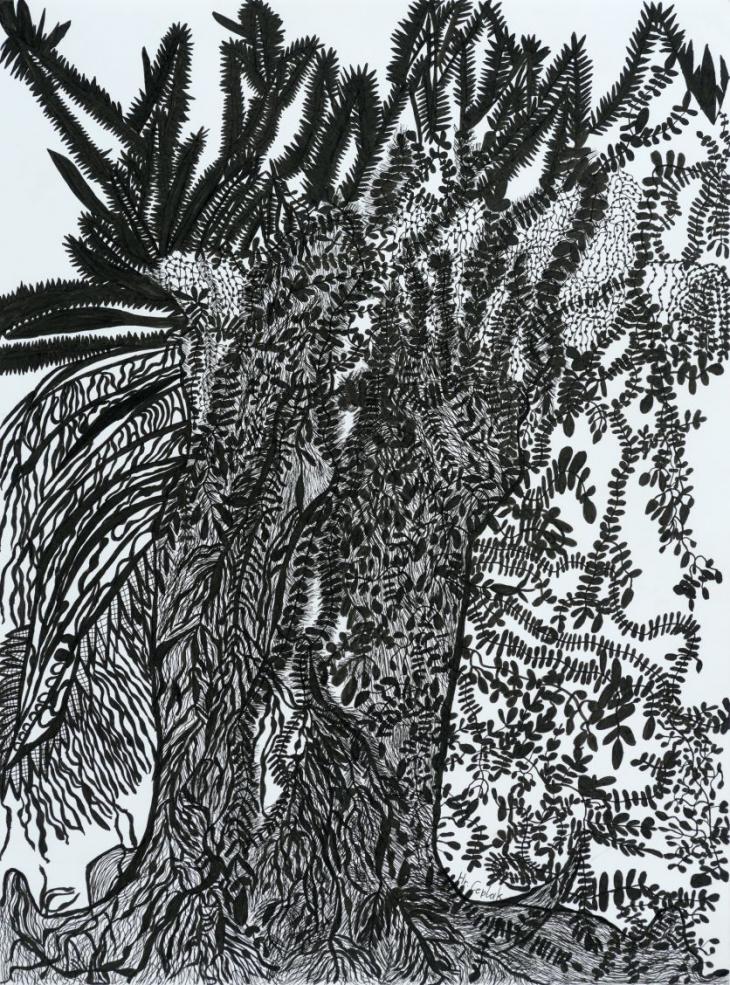 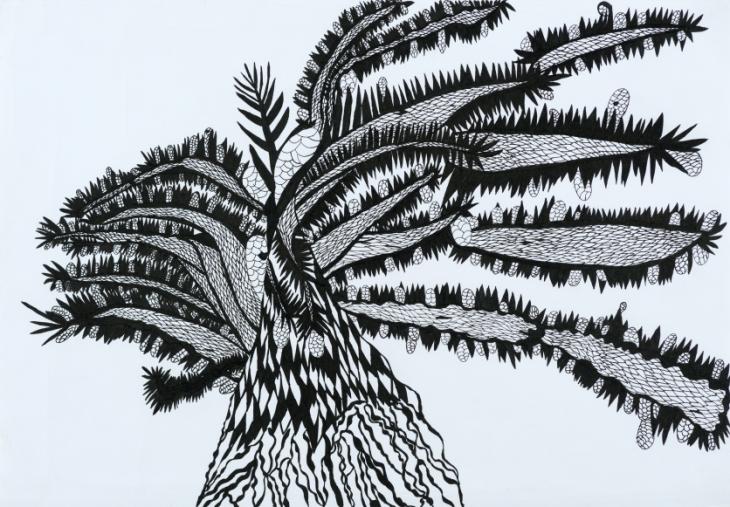 Jürgen Ceplak (St. Andrä/Lavanttal 1968) is a member of the Kunstwerkstatt de La Tour in Treffen near Villach. Kunstwerkstatt de La Tour is one of the oldest studios in Austria where visually talented and creative people with special needs can develop and establish themselves as artists. Ceplak has been working as a draftsman and copywriter since 1999. His work includes fine black-and-white ink drawings and printmaking, often combining image and text. The themes revolve around plants, animals, but also fantasy creatures. In his black-and-white drawings with ink pen, Jürgen Ceplak creates variety and tension in the image in the juxtaposition of delicate strokes and black areas. Again and again, checkerboard patterns, net shapes, or zebra stripes appear in his complex images. For the viewer, Ceplak's works create an immediate visual experience, just as if they were in the middle of the artist's drawn garden of paradise. In 2007, the artist was awarded an honorary prize for his literary skills at the Ohrenschmaus literary prize.