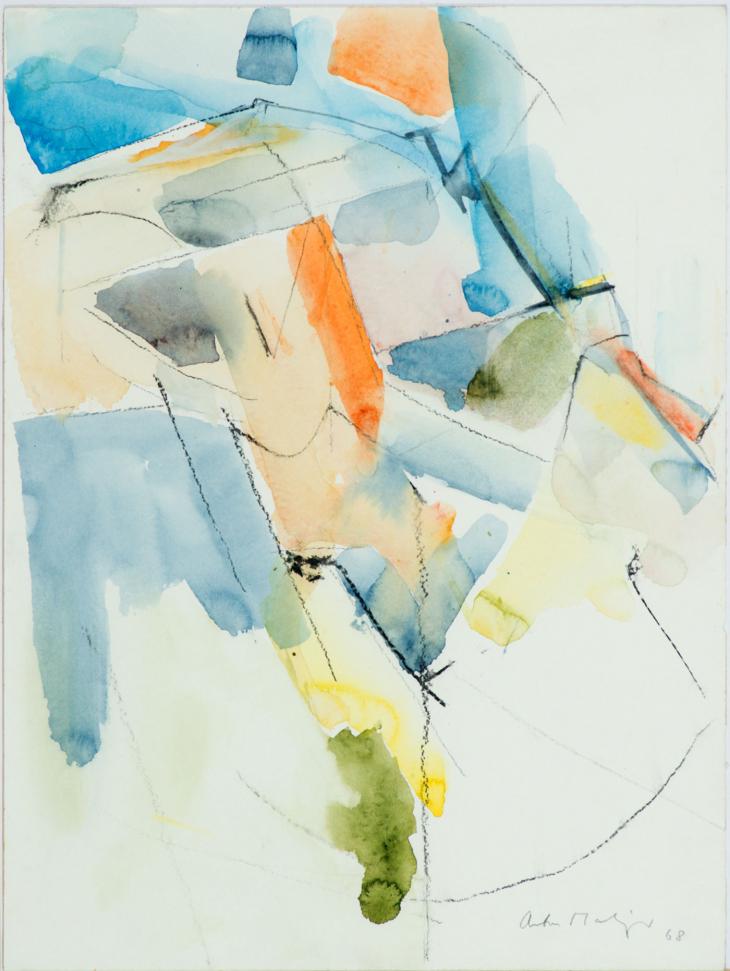 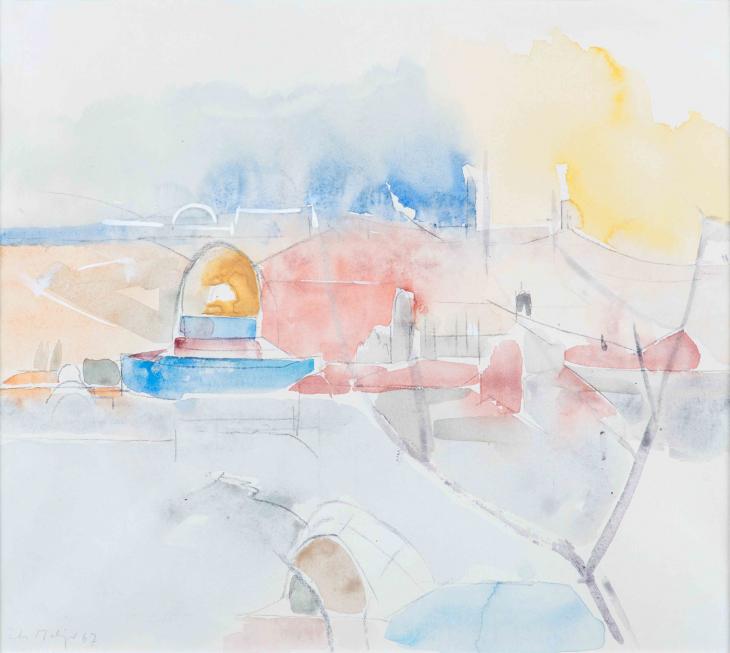 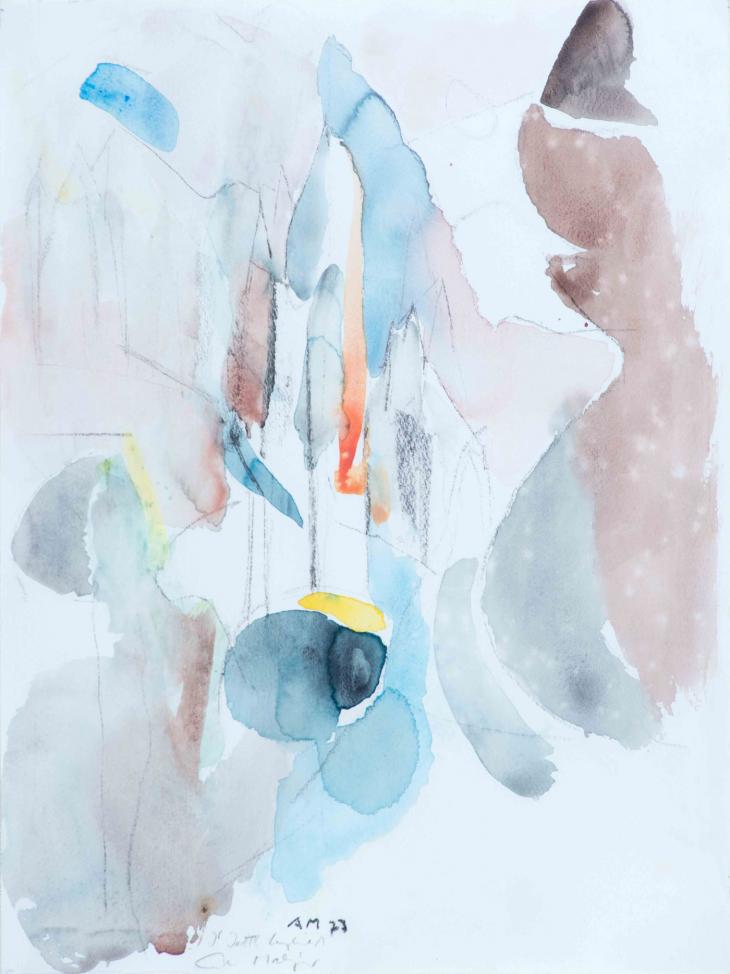 Anton Mahringer (Neuhausen auf den Fildern 1902-1974 Villach) first worked as a customs official and bank clerk in Stuttgart before enrolling at the State Academy of Fine Arts in Stuttgart against his father's wishes. There he met Anton Kolig, who had a lasting influence on him as a professor, friend and fellow artist. On the occasion of a study trip, Anton Kolig took his students to Carinthia, where together they undertook extensive hikes through the Gail Valley, up the Dobratsch, to the Weißensee and to the Windische Höhe. Beguiled by the beauty of the Carinthian landscape, Mahringer turned away a bit from his original artistic focus - the human body - and his first landscape paintings were created. In the years that followed, Mahringer returned to Carinthia again and again, and in 1932 he moved there for good. From then on, the Gailtal landscape shaped his painting. He also created a mosaic in public space for Österreichischen Draukraftwerke AG in Klagenfurt. Anton Mahringer received several awards, including the Austrian State Prize for Painting and the Great Golden Medal of Honor of the Künstlerhaus Vienna. He died in 1974 and left behind an extensive œuvre of oil paintings and watercolor works. Together with Sebastian Isepp, Anton Kolig and Franz Wiegele, Anton Mahringer formed the artist group Nötscher Kreis.