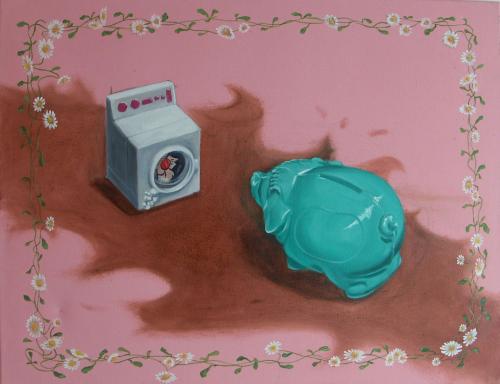 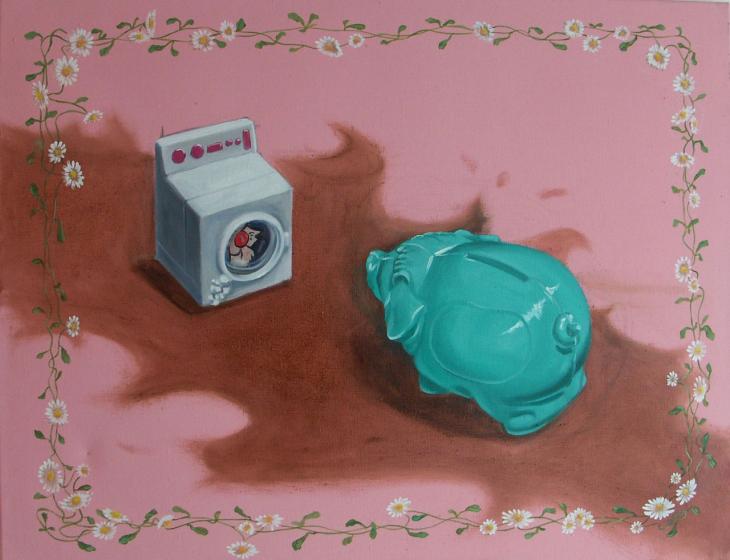 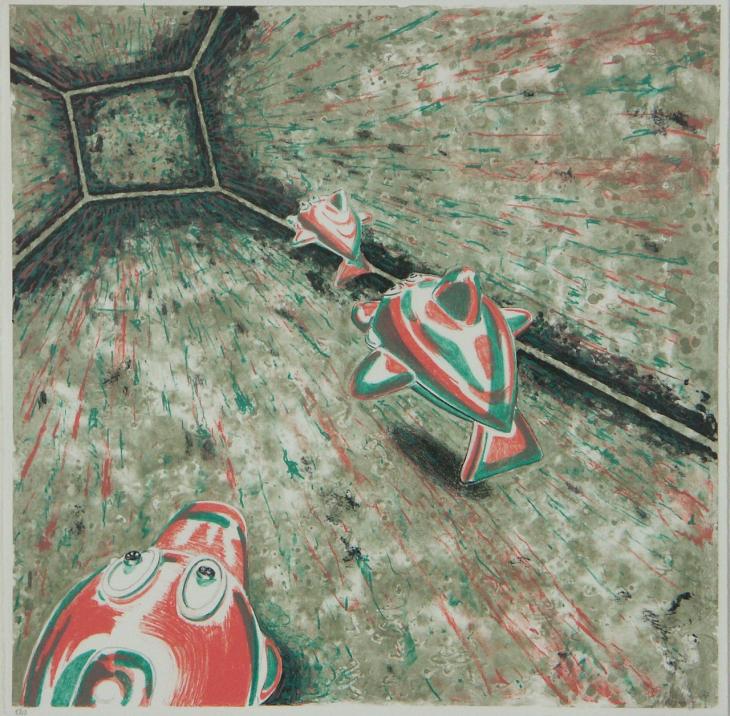 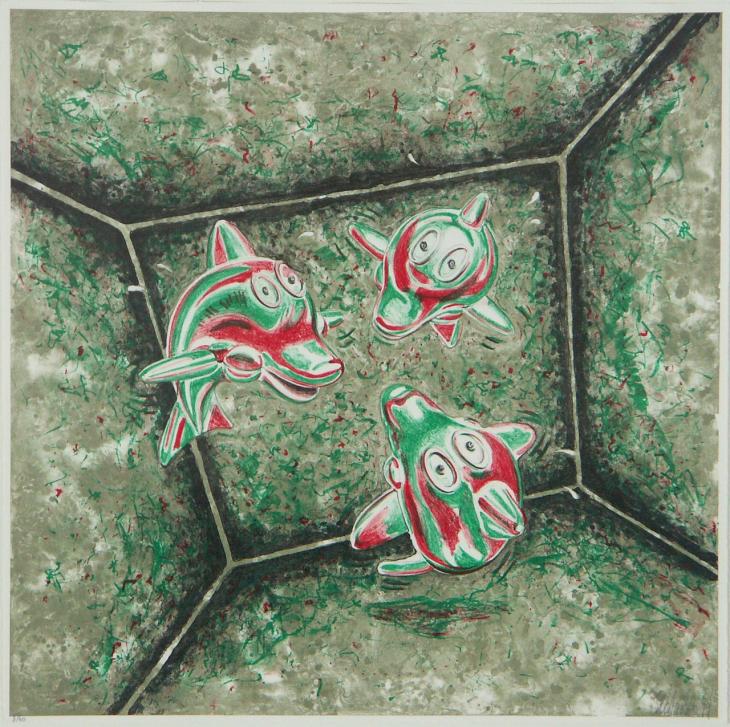 Sebastian Weissenbacher (Eggenburg/AT 1959) studied at the Academy of Fine Arts Vienna with Max Weiler and Arnulf Rainer. In 1998 Sebastian Weissenbacher won a STRABAG Bauholding Kunstförderpreis, the predecessor of the STRABAG Artaward. From the jury statement by Otto Breicha: “In the 1950s (and probably also in the early 1960s), any representational artist composing images and painting as Sebastian Weissenbacher does would have been left out in the cold. His approach draws inspiration from a particular form of late Surrealism and has absorbed Pop Art elements in its own particular way, picking up on and including various bits and bobs in the mix. Weissenbacher creates relatively large format works that blend the kitsch vibe of postcards, devotionalia and toys to create (quite literally) eerie monumentality. This is (to put it diplomatically) pseudo-naively underhand, devastatingly ironic, steeped in audacious sentimentality. After quite some wavering, he was unanimously awarded the competition’s 1st prize (largely also due to the conviction that it should be stated that nowadays essentially anything goes if it achieves top-notch quality as an original invention).”