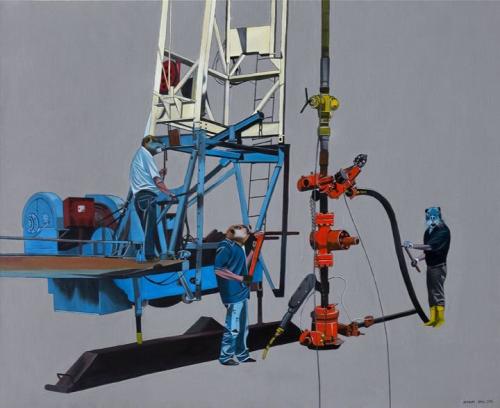 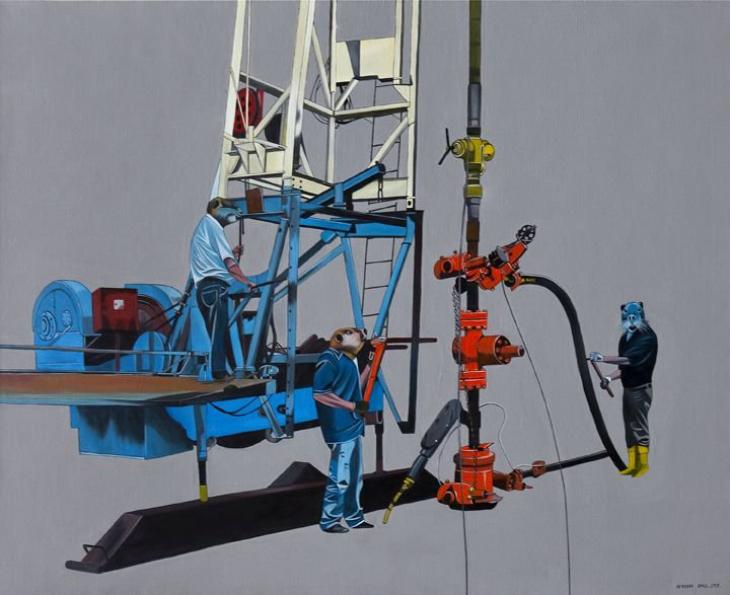 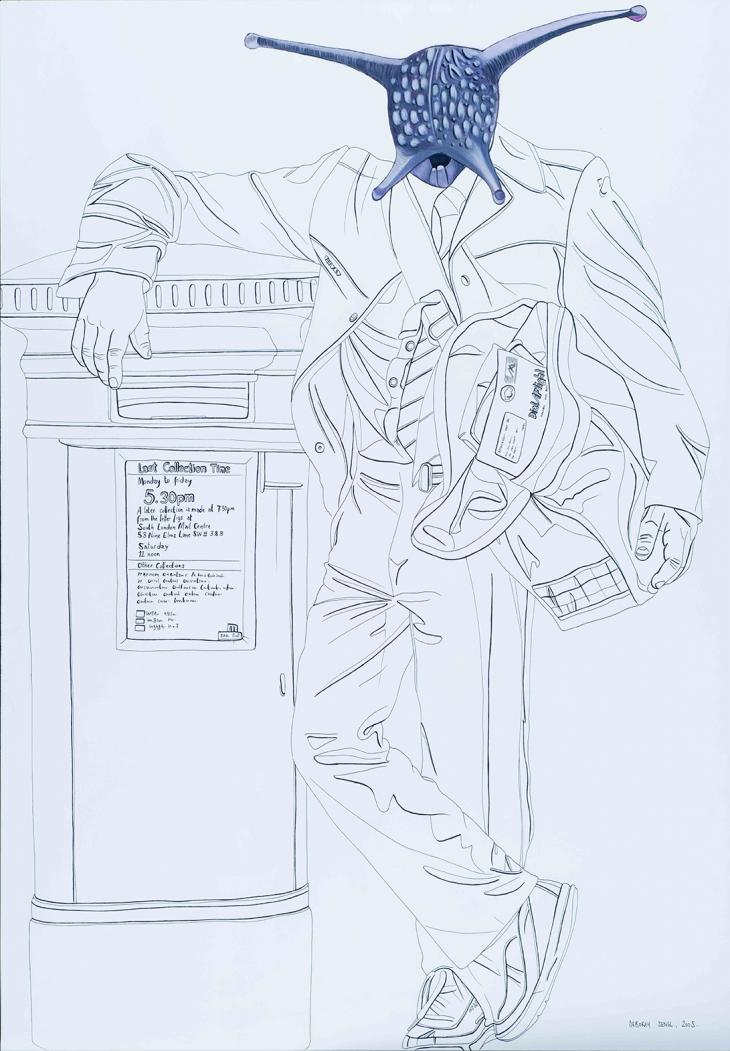 Before Deborah Sengl (Vienna 1974) studied painting at the University of Applied Arts Vienna and decided to pursue a career as an artist, she studied biology. Her artistic interest repeatedly shows scientific references, for example to genetic engineering or to the animal world: in her paintings, drawings and taxidermic sculptures, the artist shows hermaphrodite creatures - human bodies with animal heads attached, animals disguised as their prey or also as their hunters, female figures whose bodies are covered with fashion logos, masked faces. The manifold variations of deception that nature has in store - mostly for self-protection - are dealt with in her works and ideas of hierarchies, power relations and victim-perpetrator relationships are thereby irritated. In 2006, Sengl's work received recognition at the STRABAG Artaward.