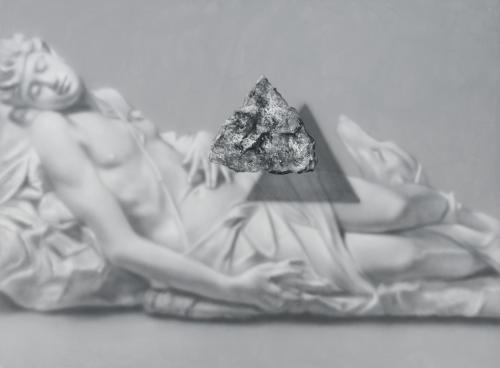 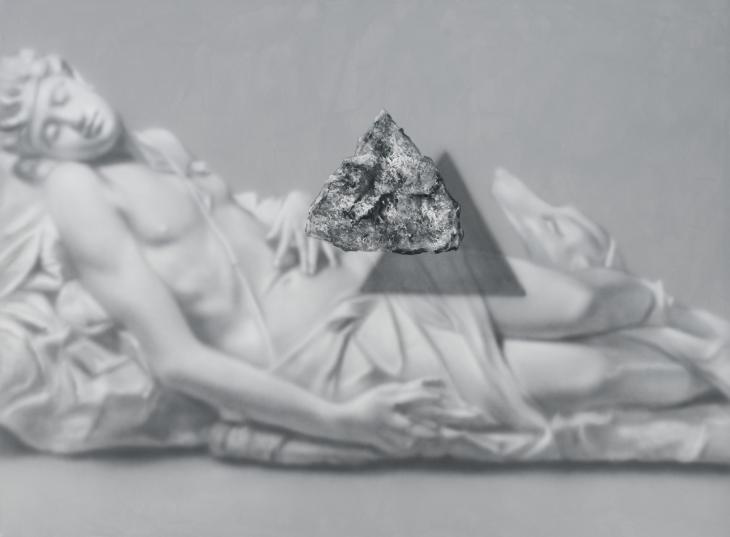 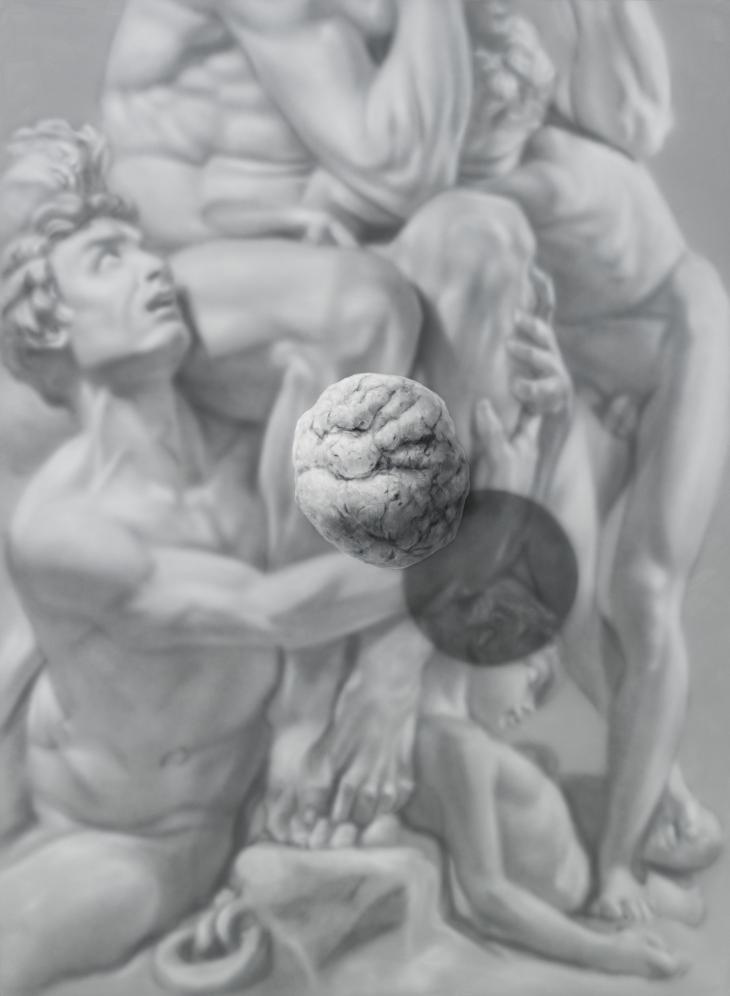 Adam Šakový (Zvolen/SK 1987) studied painting at the Academy of Fine Arts and Design in Bratislava. In his works he often refers to masterpieces of the late Renaissance and Baroque. This historical material serves him as a source of inspiration. He chooses extracts with special attention to drapery, the naked human body, musculature, soft curves of the figures and body tension. The artist usually chooses an extract and takes it from the original historical and artistic context. A stone, which has been given life by the respective sculptor and which has been painstakingly worked out into a human figure, as true to nature as possible, is now transferred fragmentarily by Adam Šakový onto the two-dimensional of the canvas. Painterly zooming in on the selected motif creates a detailed representation charged with tension - entwined bodies and draperies make the work appear tactile. Floating rocks depicted in geometric shapes, placed centrally on the canvas, create irritation and create another layer through their cast shadows, lending the painting something illusory as Šakový plays by exploring spatiality and fiction in equal measure. The reduced monochrome choice of colors, on the other hand, and the partially blurred surfaces seem to be removed from all time.