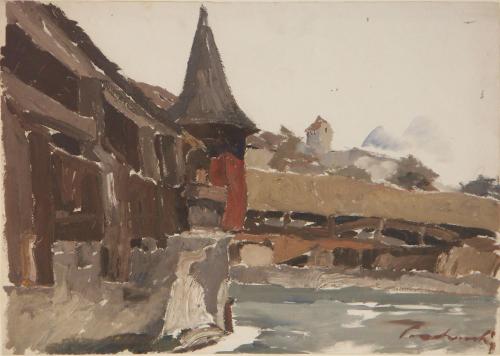 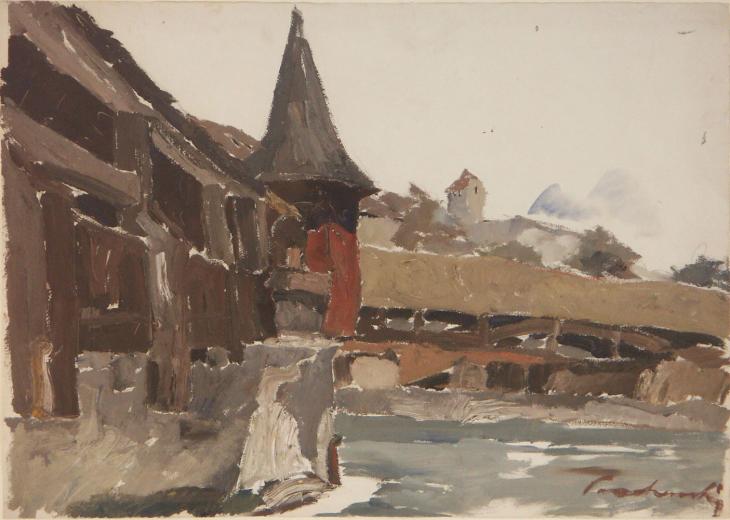 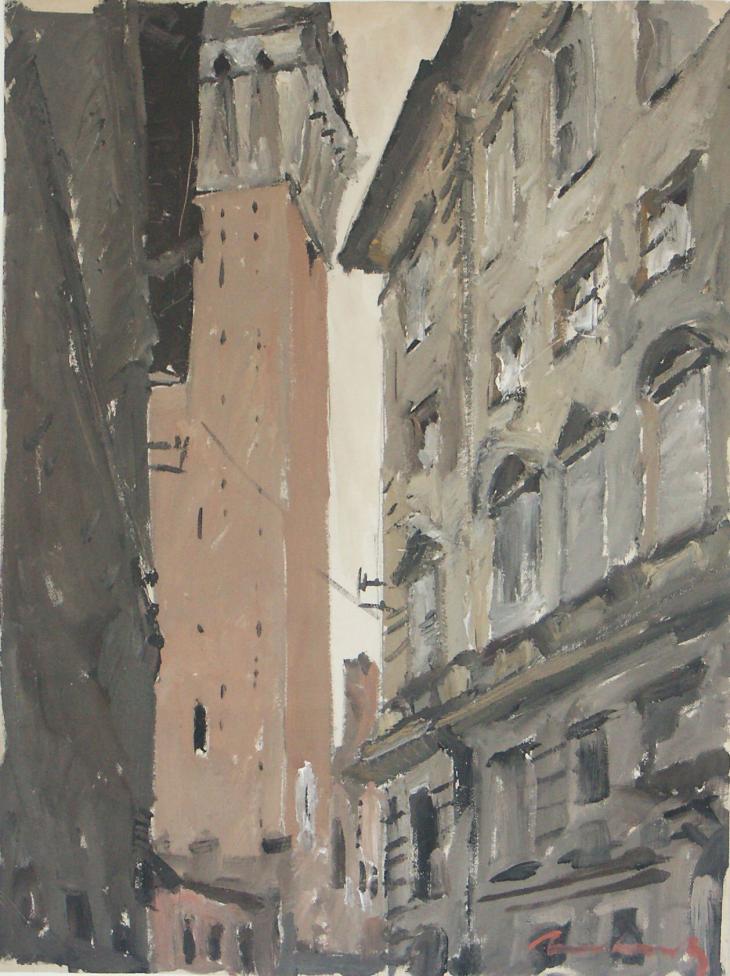 Wilhelm Nicolaus Prachensky (Innsbruck 1898-1956 Innsbruck) is one of the pioneers of Tyrolean modernism of the interwar period. After the First World War he studied at the Academy of Fine Arts in Munich with Angelo Janks. Prachensky devoted his motifs to the alpine landscape and architecture; church towers, narrow alleys, and farmhouses characterize his pictorial world. In the beginning Prachensky worked expressively with strong ductus and intense colors, later he turned stylistically to the New Objectivity. In 1936 Wilhelm Nicolaus Prachensky received the Austrian State Prize for Fine Arts.