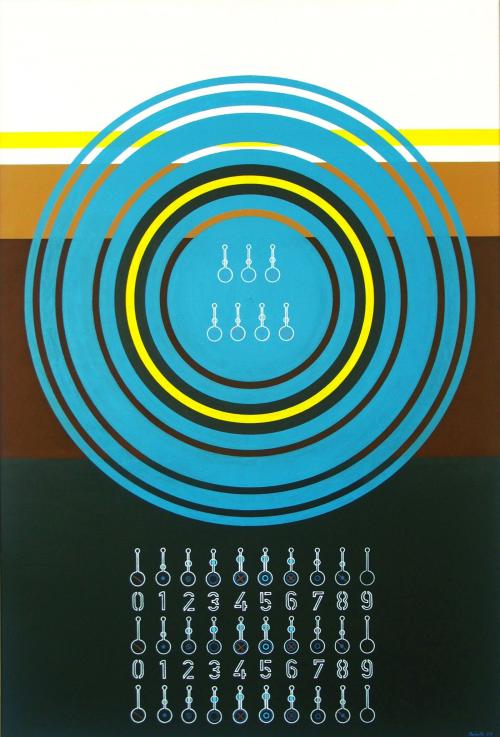 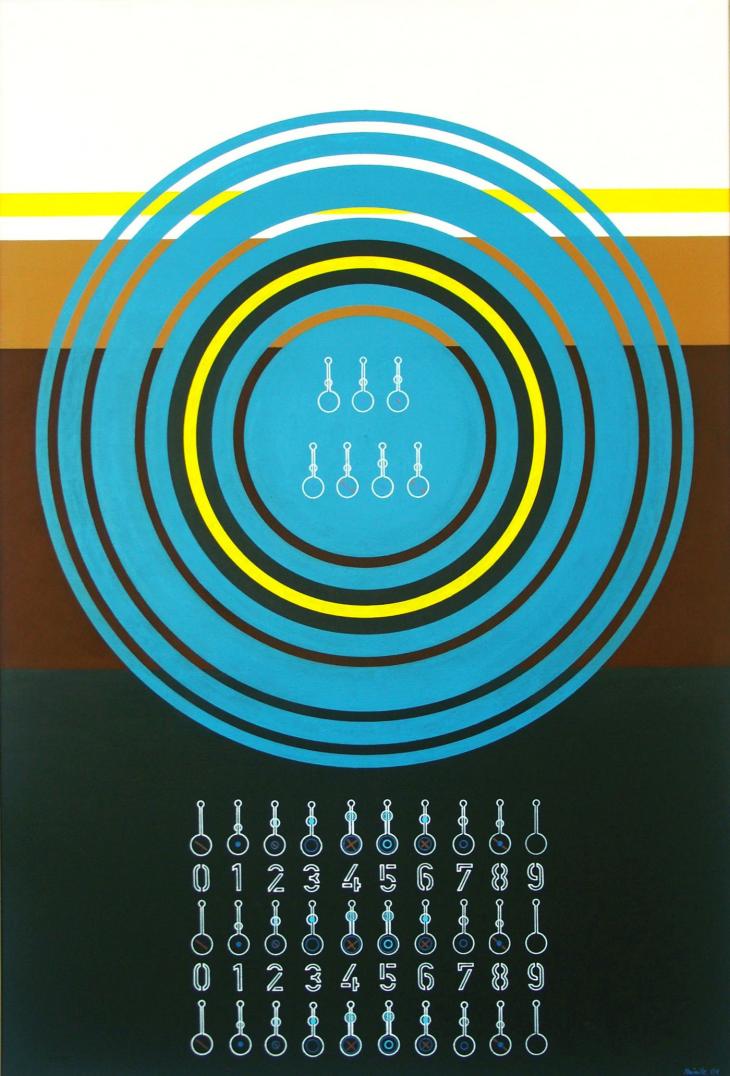 Trained as a goldsmith and silversmith, Hermann Josef Painitz (Vienna 1938-2018 Vienna), who was president of the Vienna Secession from 1977 to 1983, appears as a maverick in contemporary Austrian painting. His art is characterized by method and rigor and by sound mathematical and philosophical considerations. The sequence of the painted numbers or characters, the diameters of the circles and the course of the coloring follow a strict order that the artist imposed on himself. Painitz did not pursue the goal of pleasing in his painting, rather he was concerned with unconditional logic and the development of ciphers and sign systems. In doing so, he repeatedly made use of basic forms - circle, rectangle and square - in colorful compositions, some of which can be found in one and the same work. Painitz always worked in large-scale series.