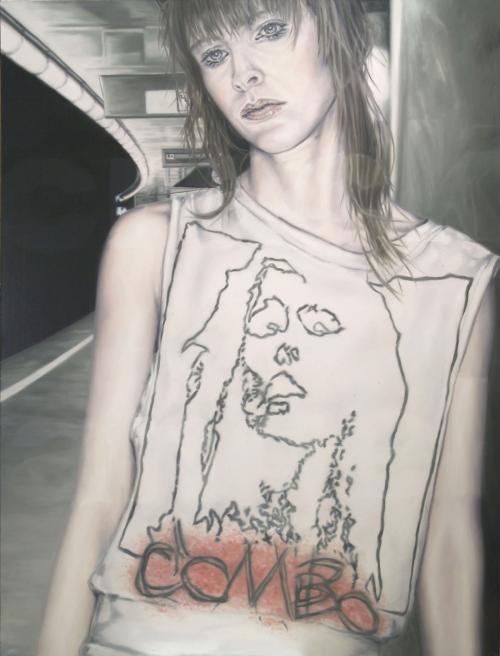 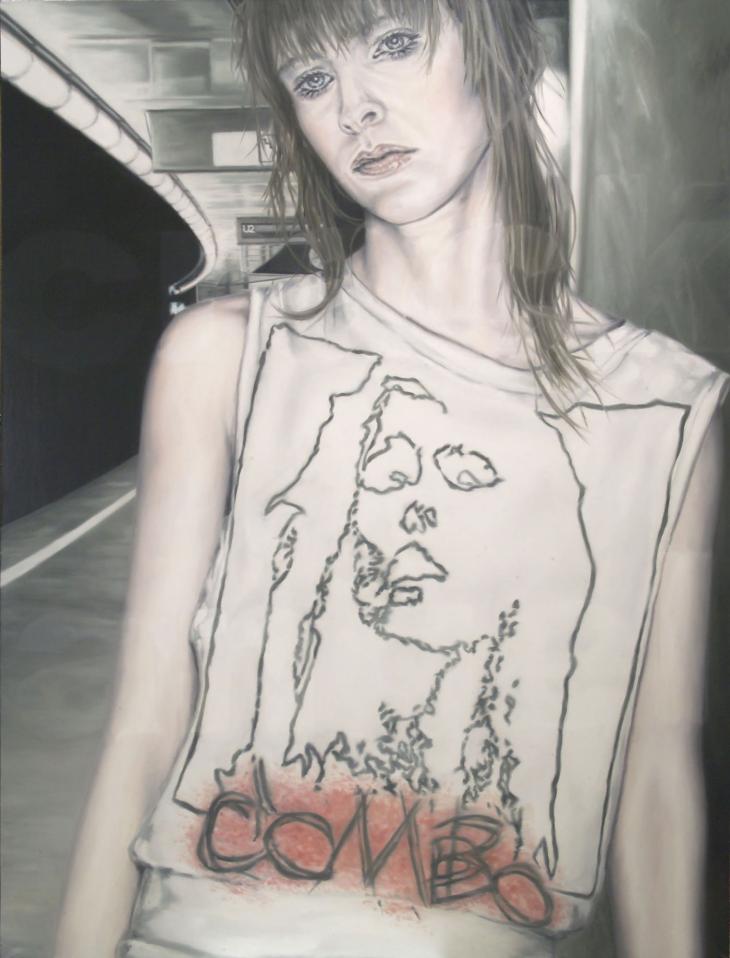 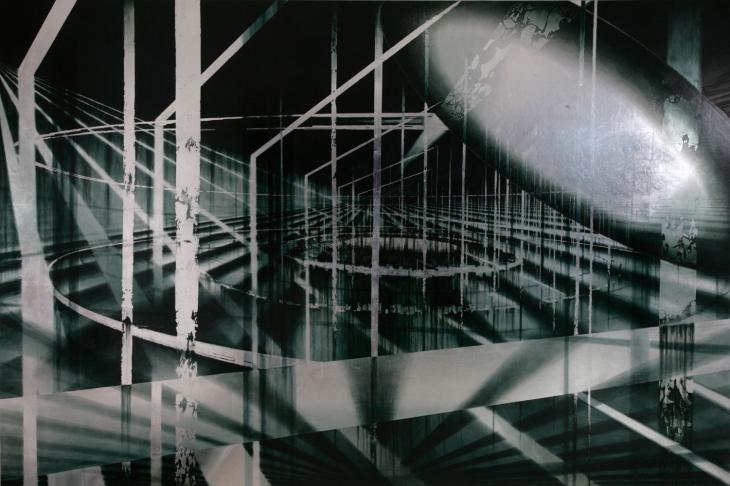 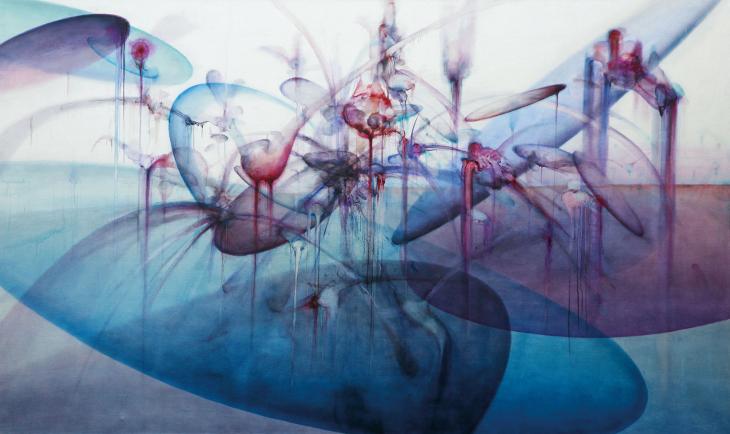 Klaus Wanker (Graz 1969) studied at the Academy of Fine Arts in Vienna and at the Düsseldorf Art Academy under Siegfried Anzinger. Coming from figurative painting, Wanker has gradually turned to abstraction. His works are enraptured visions of another world, a visual clash of fiction and reality. They oscillate between reduced landscape depiction and technoid abstraction. Thin layers of aluminum cover the surface of the picture, creating a shiny, reflective effect of depth. In addition, Wanker applies up to 40 gauzy, glazing layers of paint made from a tried-and-tested mixture of poppy seed oil, synthetic resin, and pigment. With his works, the artist aims to explore human vision by leading viewers into another reality of their own visual thinking. Klaus Walker received a recognition award of the STRABAG Artaward in 2007.