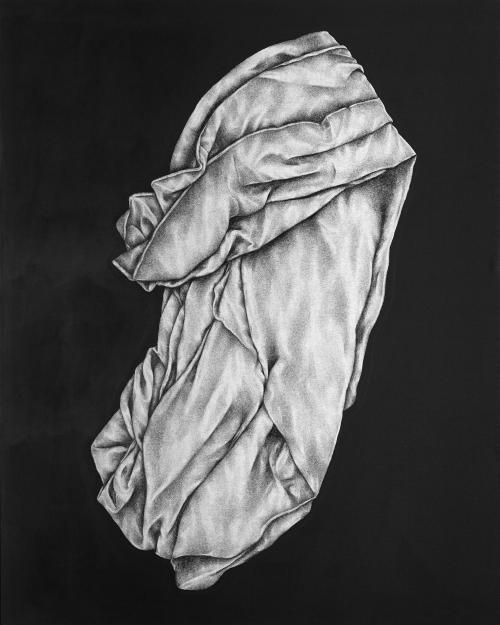 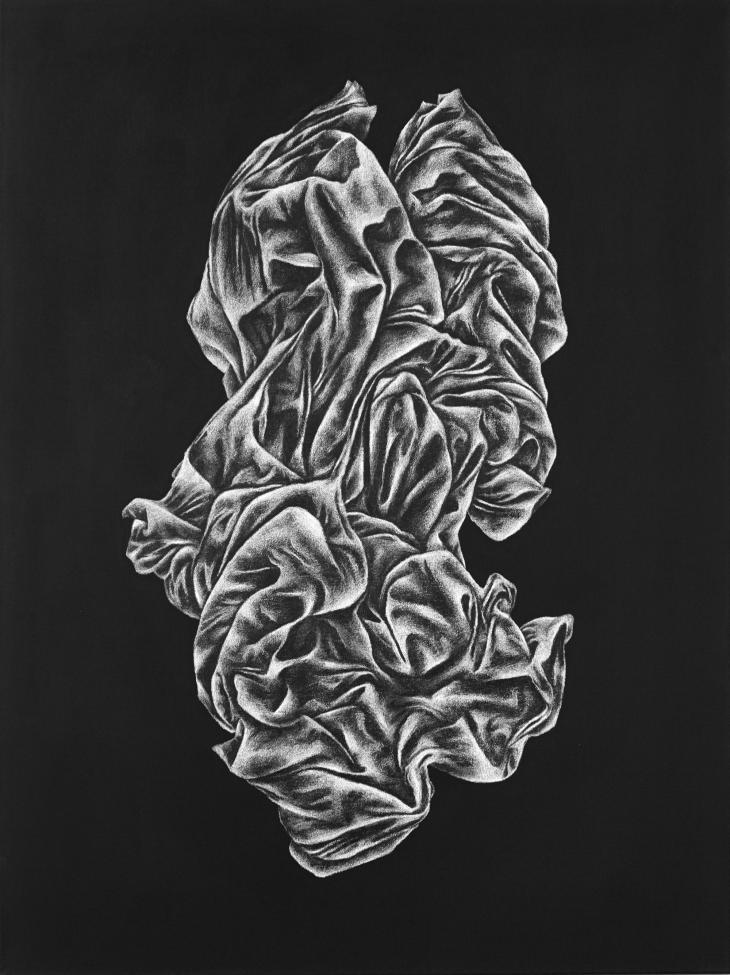 Soli Kiani (Tehran 1981) was born and raised in Iran. She addresses her early experiences from her homeland in her paintings, photographs and installation works. The strict dress codes she was exposed to from an early age provided her with the nourishment to illuminate a highly complex and multilayered social system. Without the ability to choose her own garments, clothing takes on a different meaning and power. For Kiani, textiles became the protagonists of her works for this very reason, although they are quite ambivalent in their function - whether as protection or as a prison. In Kiani's works, fabric is usually reduced, monochromatic, discreet, and oversized. Its floating on the canvases suggests lightness, which is often deceptive, for Kiani's works are critically charged socially, socio-politically, culturally and religiously, full of autobiographical traits, conceptual and feminist in an Iranian-Islamic context. Soli Kiani received a recognition award of the STRABAG Artaward International 2019.