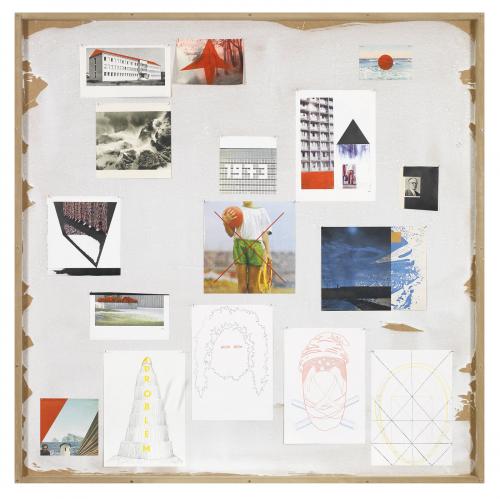 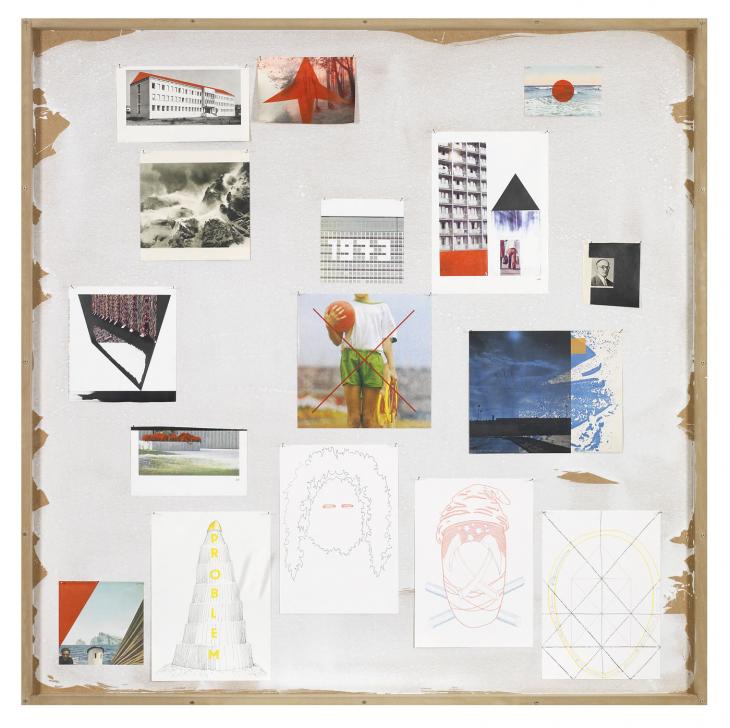 Svätopluk Mikyta's works stand in a context that is superordinate to the individual sheet: the drawings, overpaintings of old photographs or newspaper clippings, and the barely perceptible lines running between the individual sheets unfold a universe of interrelationships, historical references, and personal associations and make reference to the political iconography of socialist mass movements. In the series Utopia, Mikyta, a passionate collector of historical magazines and books, takes up forgotten visual material of gigantic crowds, fascist parades, or human pyramids, alienating and thus amplifying its seductive aesthetic, and in this way illustrating the possibilities of political manipulation of images. Svätopluk Mikyta was the winner of the STRABAG Artaward International 2011.