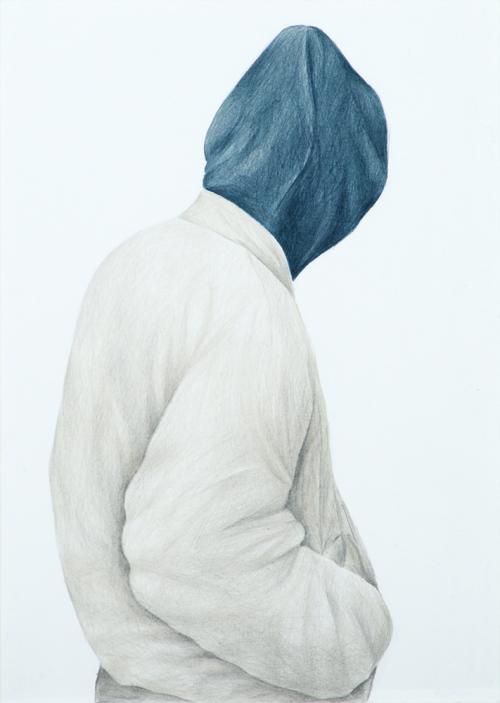 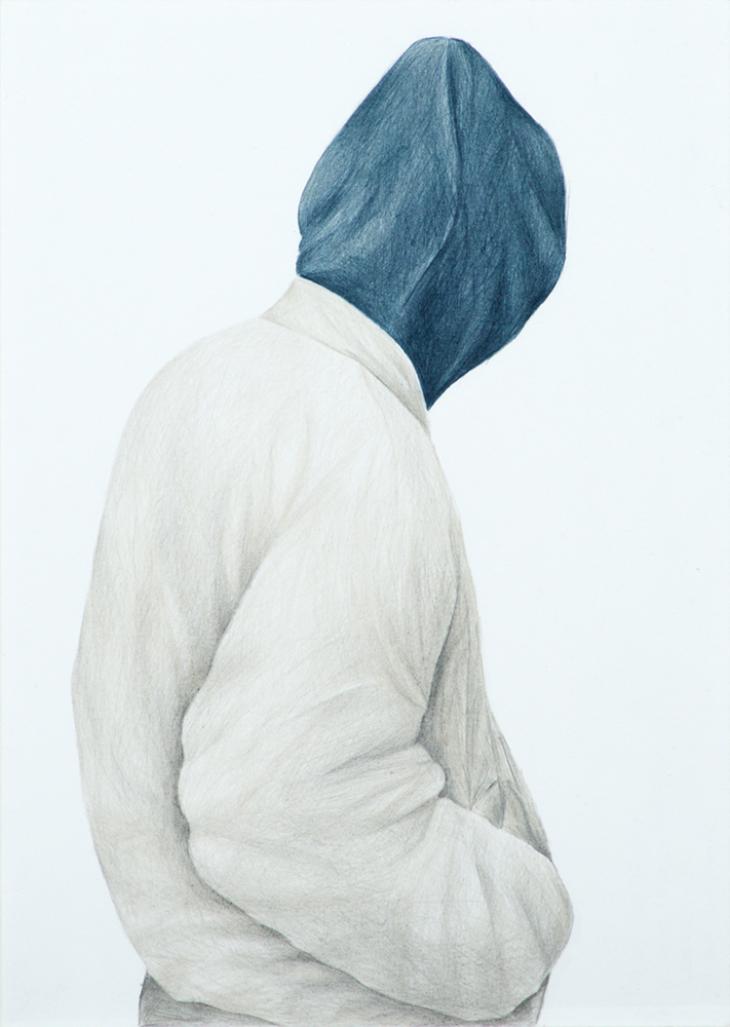 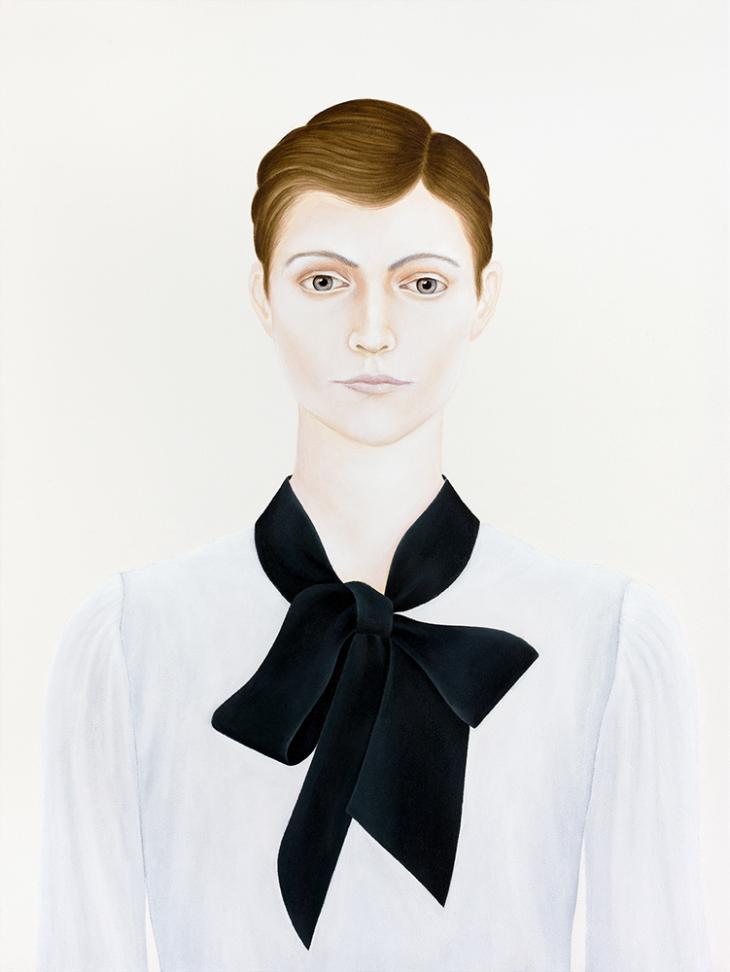 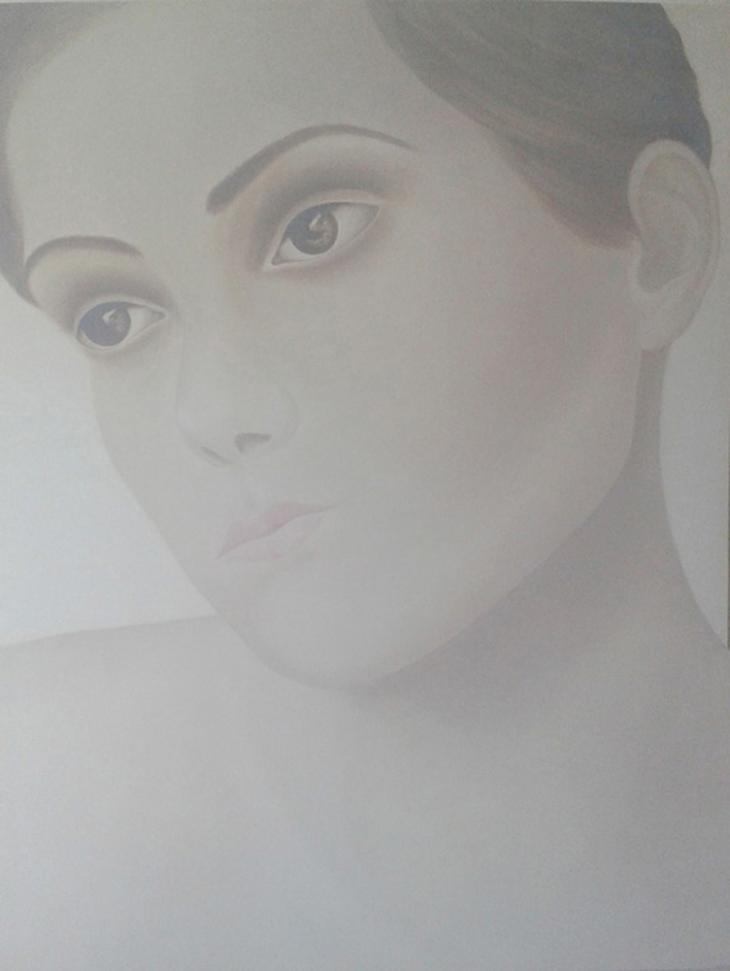 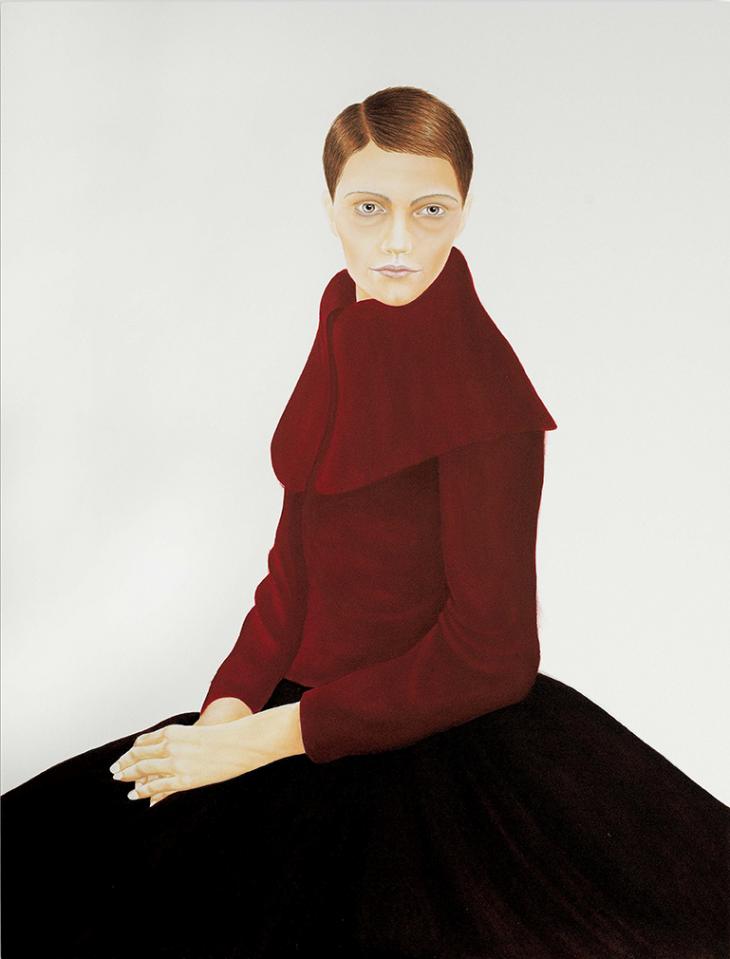 Bertram Hasenauer, The mind is a beautiful place but it can also be pitch black, 2006, acrylic on wood, 125 x 162 cm, Photo: Reklame Kontor Franc

In Bertram Hasenauer's paintings, slipping away, fading and fading are always present. This is evident in his supposed portraits, but also in the titles of his works, which have recurred over the years, such as You somehow slip away or All instant things are fading. In 2006, when he was awarded a recognition prize by the STRABAG Artaward, the artist, who lives in Berlin, was already able to convince viewers with his portrayal of young, androgynous-looking people against a white background, who fix the viewers with their empty gazes or turn away from them. To this day, Hasenauer continues to adhere to his figural depictions. He takes pictures from the Internet or magazines, deconstructs already staged photos and reassembles them in his typical painting style. His picture titles already imply that something previously there no longer exists in this form or is evaporating. The people depicted seem to be without identity - like body shells without personality and without emotion. The thin, sometimes almost glazed application of paint as well as a strong color contrast emphasize the fragility of those depicted, just as the apparent fading of the persons is often made clear by a gray veil that covers the entire picture. More recent works are more cropped and seem almost non-representational. "I actually work abstractly," Hasenauer says in this regard, "the figurative elements are merely a means of luring the viewer into the picture."