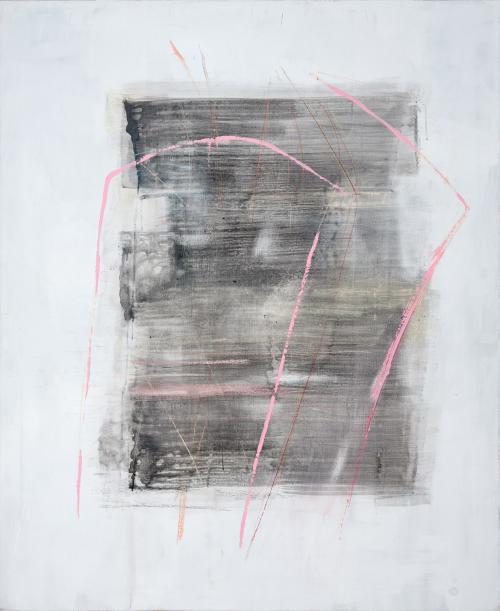 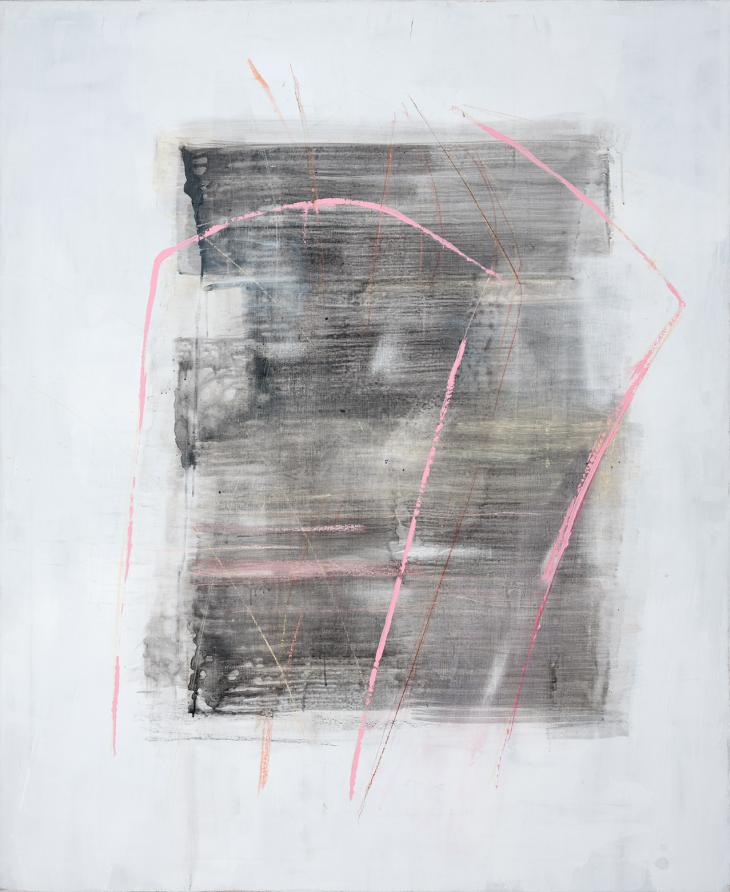 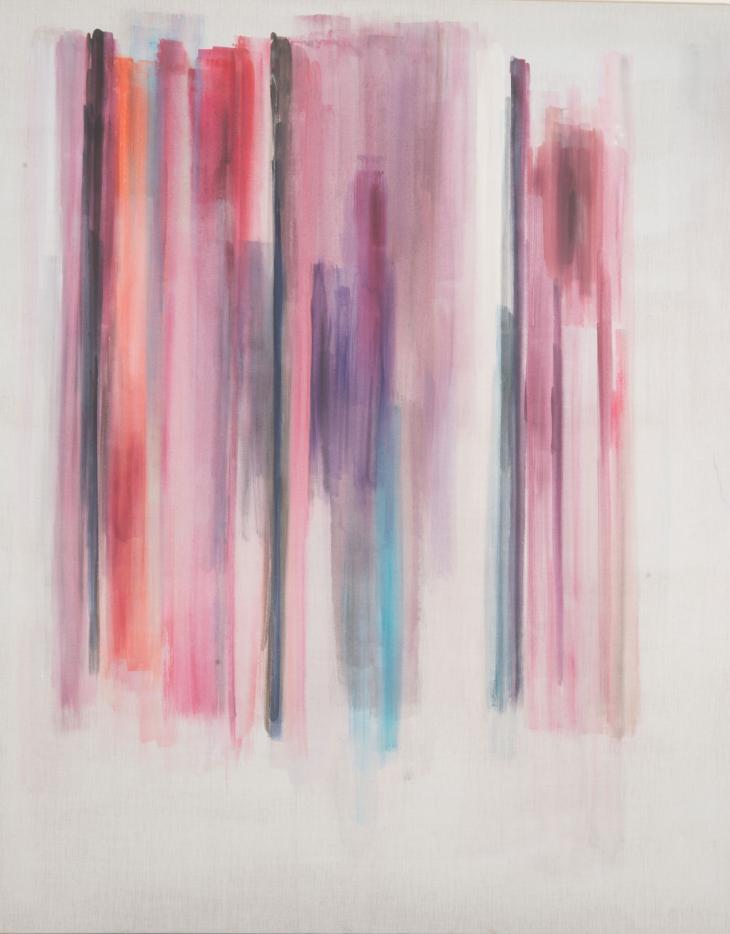 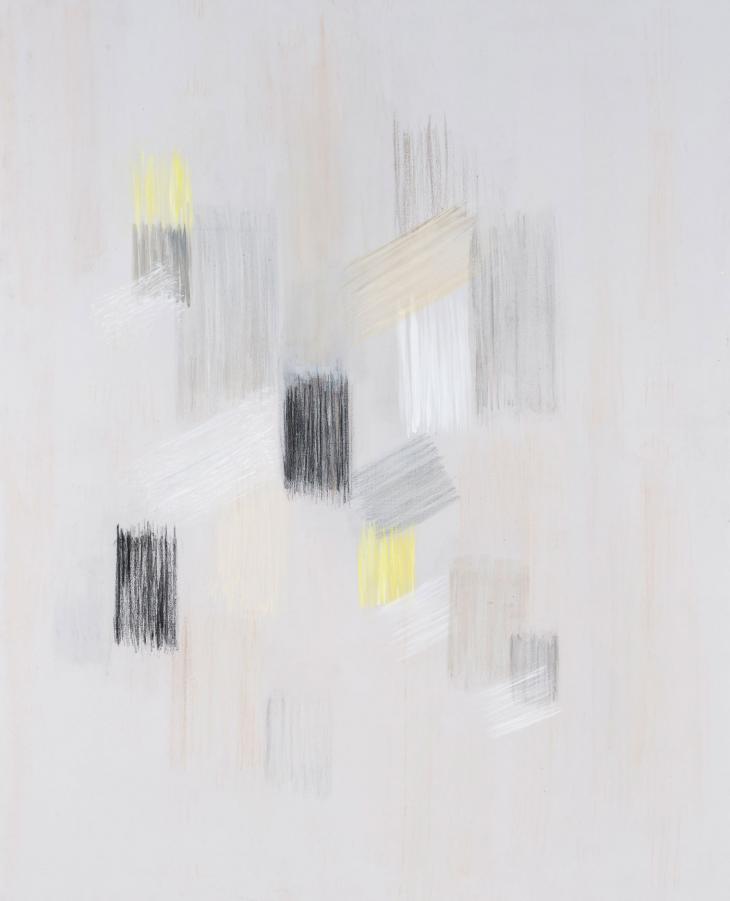 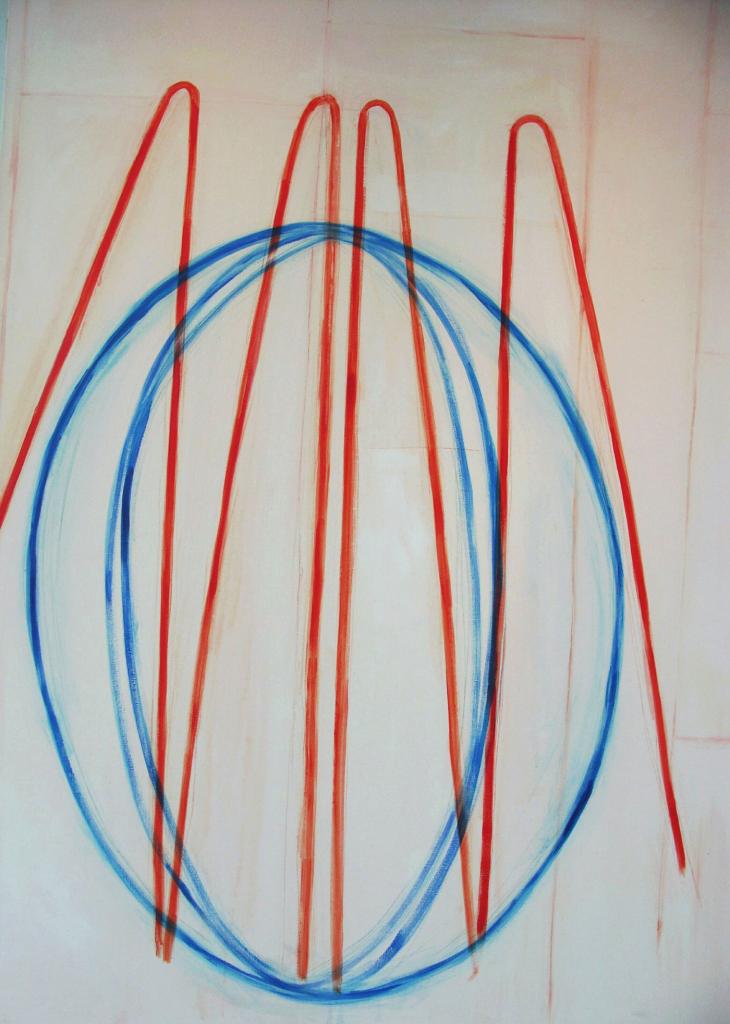 Suse Krawagna (Klagenfurt 1964) studied with Arnulf Rainer at the Academy of Fine Arts Vienna and has won numerous art prizes, including the Bauholding Kunstförderpreis (the predecessor of the STRABAG Artaward) in 2000, the 3rd prize of the Römerquelle Art Competition in 1997, the Austrian Graphics Prize in 1999 or the Anton Faistauer Prize for Painting in 1999. Suse Krawagna works in large-scale series that she develops over several years. The line is a central component of almost all her works. Krawagna is inspired by external influences - such as architectural details like the course of a railing or the alignment of an eaves - and translates their perception into the abstract. Shapes and colors enter a sensual union on the canvas, a reduced-aesthetic liaison that is sometimes expressed in a crosshatched and expressive manner, sometimes geometrically structured.