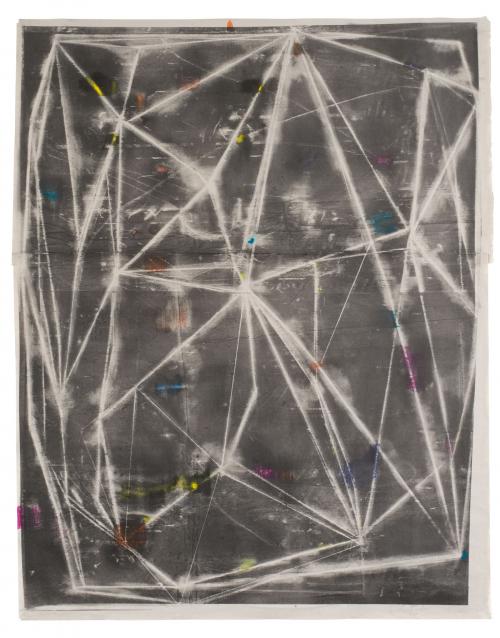 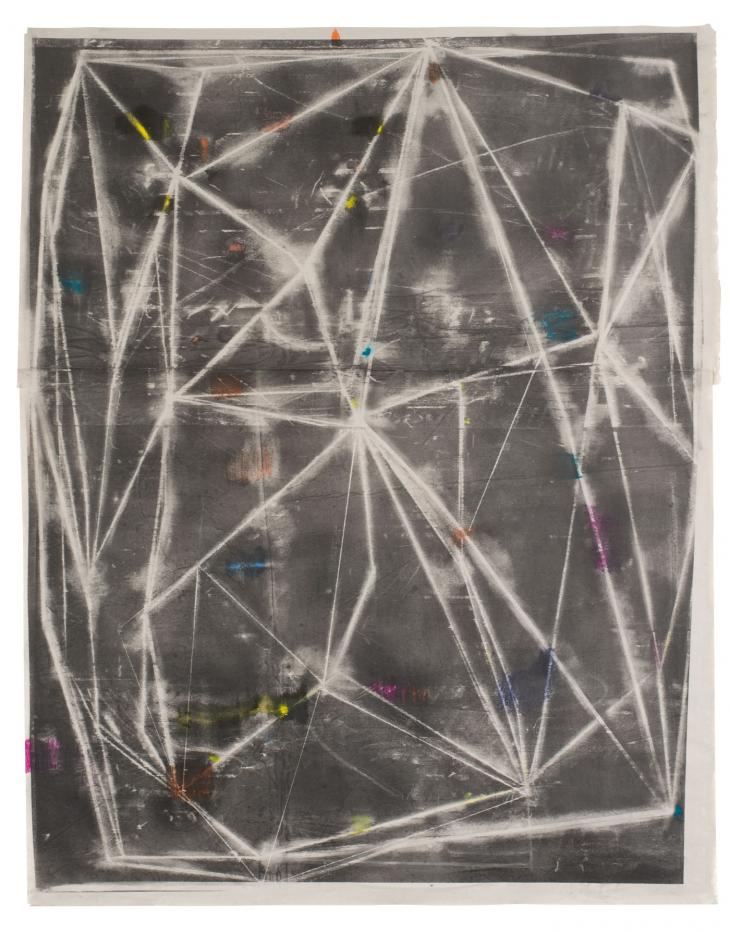 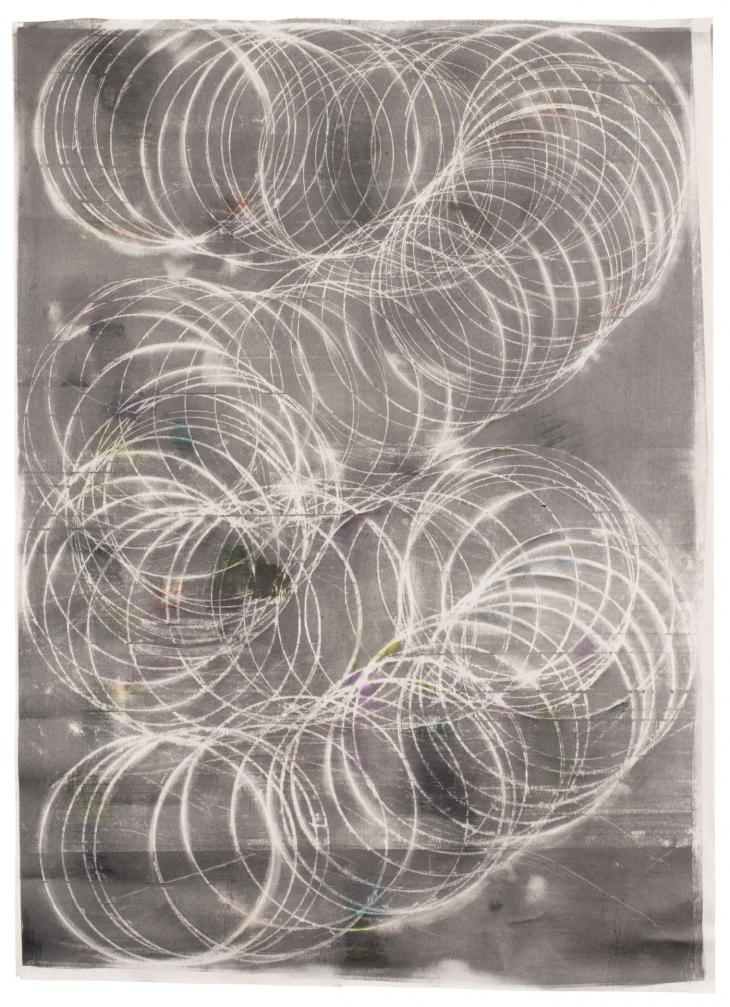 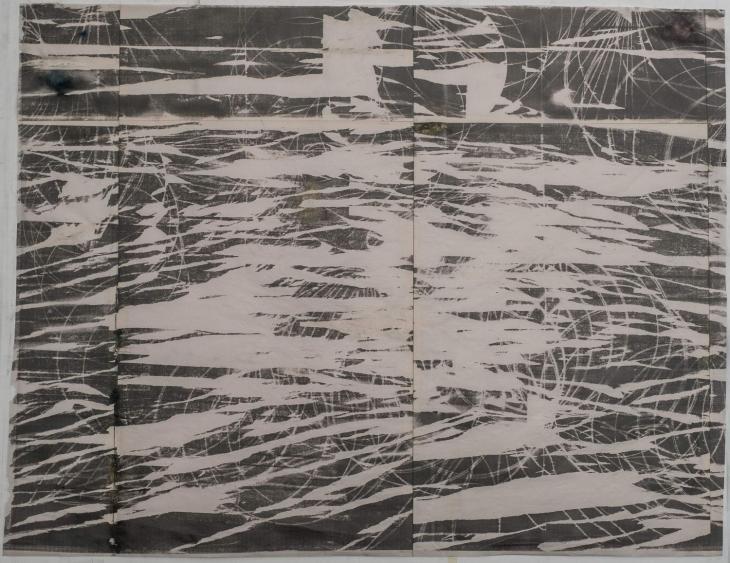 Denitsa Todorova (Plovdiv/BG 1984) studied at the New Bulgarian University in Sofia and at the Royal Academy of Fine Arts Antwerp. In 2017 she received a recognition award of the STRABAG Artaward International. “Denitsa Todorova has developed a unique drawing process in which she covers the entire surface of the thin paper with a layer of graphite in order to take it off again revealing the composition. The drawing is produced through the removal of graphite and not through adding as is done traditionally. This technique leans to sgraffito, a practice commonly known in Eastern Europe, where the roots of the artist lay. Because of the ambiguous representational character of the work –between abstract and figurative- our brain automatically tries to identify some recognizable elements. However wild our imagination runs, the viewer fails to grasp the image and is confronted with the impossibility of an object related content.” Ann Cesteleyn