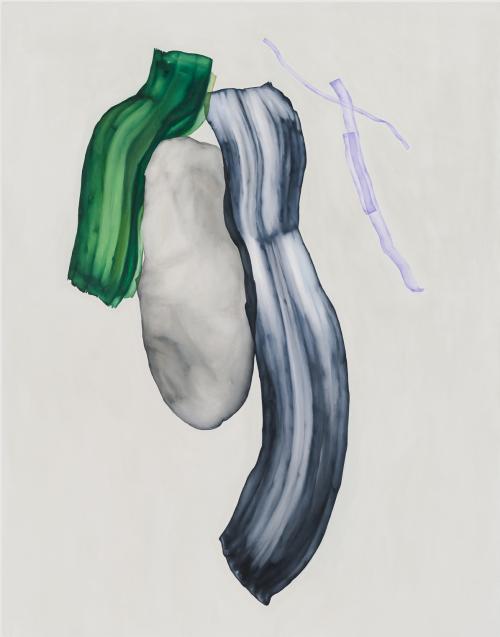 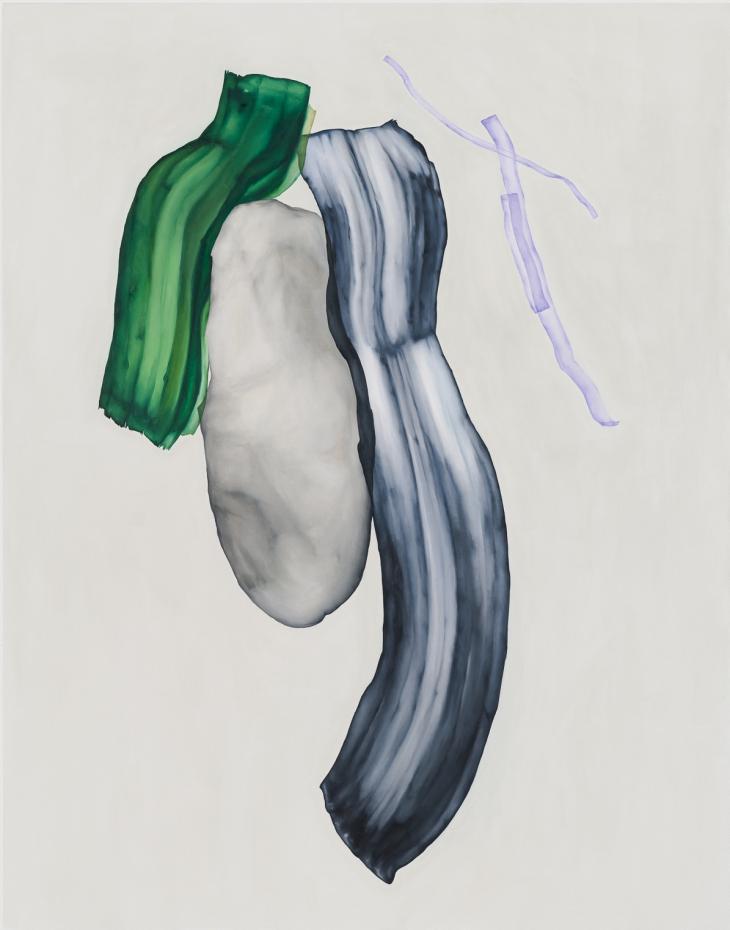 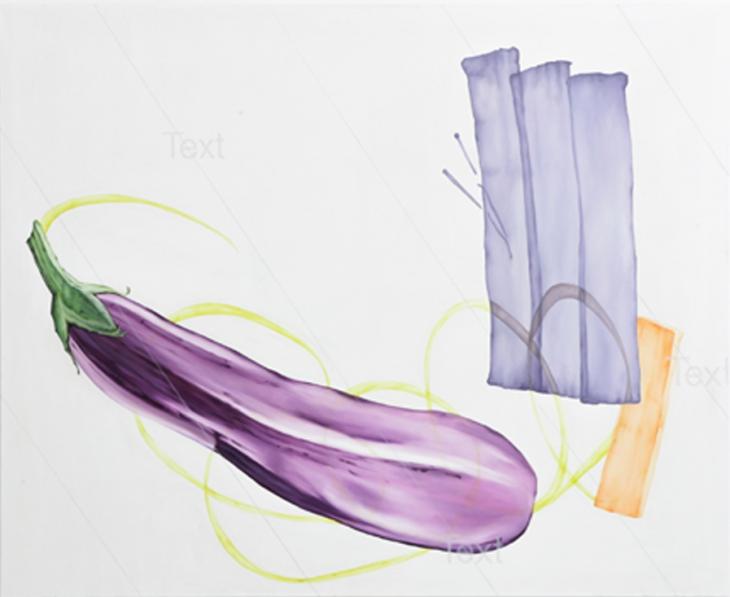 Charlotte Klobassa (Vienna/AT 1987) studied at the University of Applied Arts, fashion, painting and animation film. In her paintings she is inspired by collected pieces of paper from stationery stores. She finds them by chance, without knowing the originators. They are test scribbles made impulsively, spontaneously, and intuitively without any artistic pretensions. Klobassa combines them on her canvases with her own scribbles, which have been created over the years in the studio. It is a clash of different characteristics on one and the same canvas. During the working process, the ideas change continuously and thus also the motifs to a certain extent. The found lines and strokes mutate into an artistic composition, in which the handwriting of the originator and the artist merge on a certain level. The most diverse elements could be understood as representative of longings, emotions or even the zeitgeist.