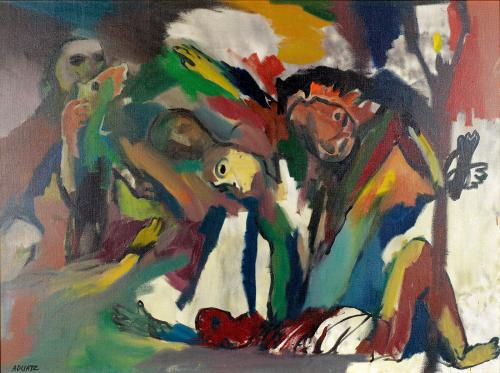 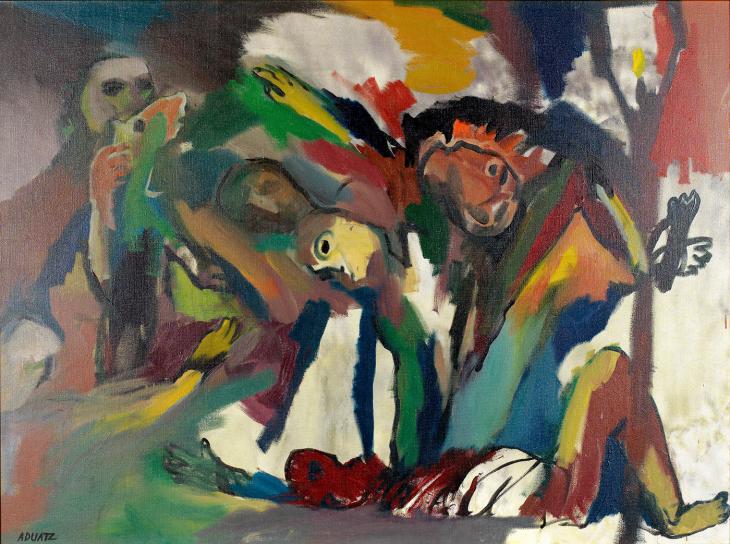 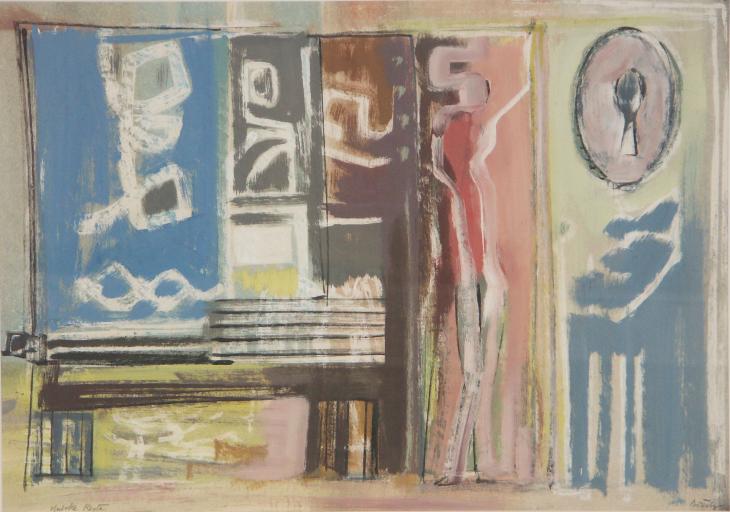 The painter and graphic artist Friedrich Aduatz (Pula/HR 1907–1994 Voitsberg) spent his childhood and youth in Istria, before moving to Graz with his family in 1920 and a little later to Vienna, where he studied at the Academy of Fine Arts Vienna. After finishing his studies he moved to Voitsberg in Styria, where he stayed until the end of his life. Both the Mediterranean landscape of his hometown Pula and his immediate surroundings always served as sources of inspiration for his work. Banned from exhibiting during war years, he continued his exploration of abstraction after the war ended. Influences of Cubism, Surrealism and Abstract Expressionism can be found in his work. Friedrich Aduatz left an extensive oeuvre that represents an impressive contribution to Austrian Modernism.