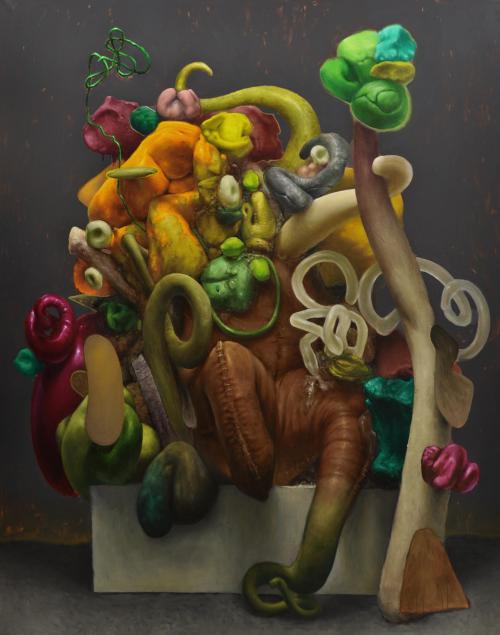 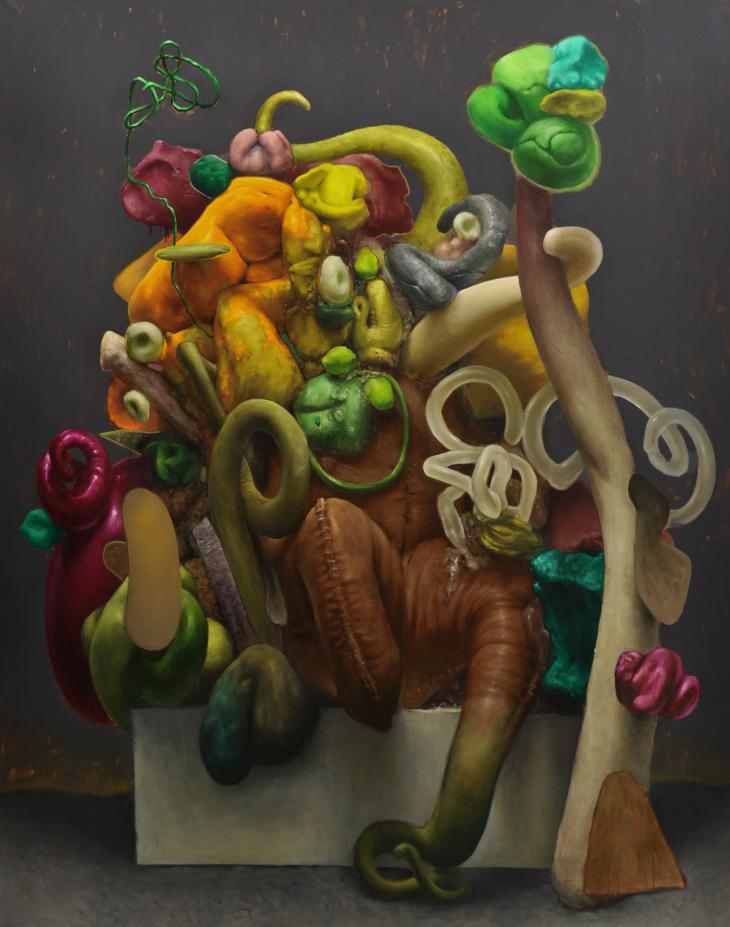 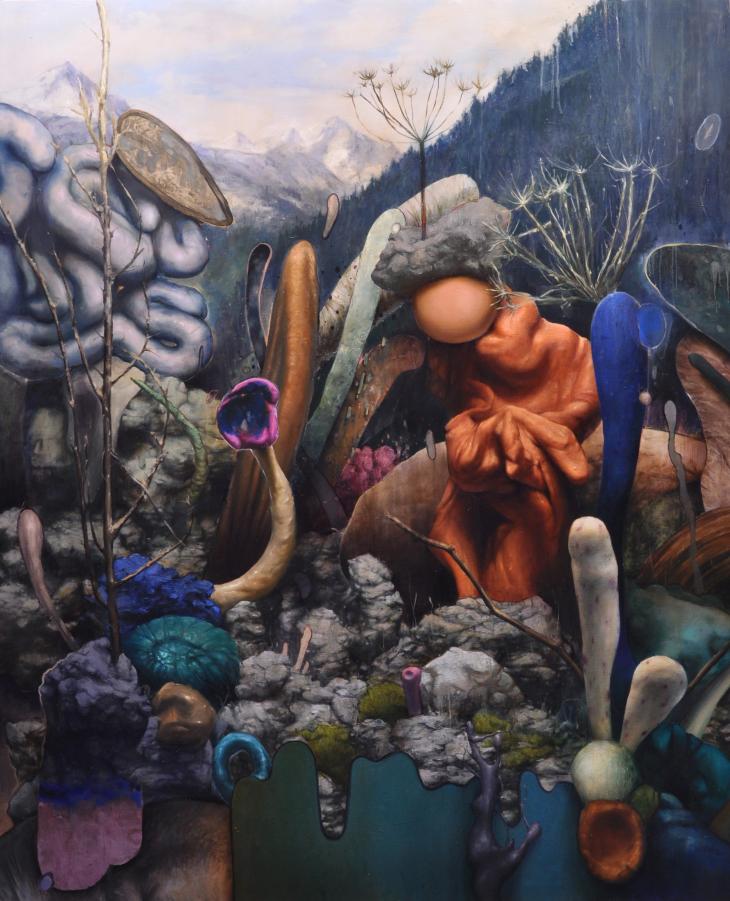 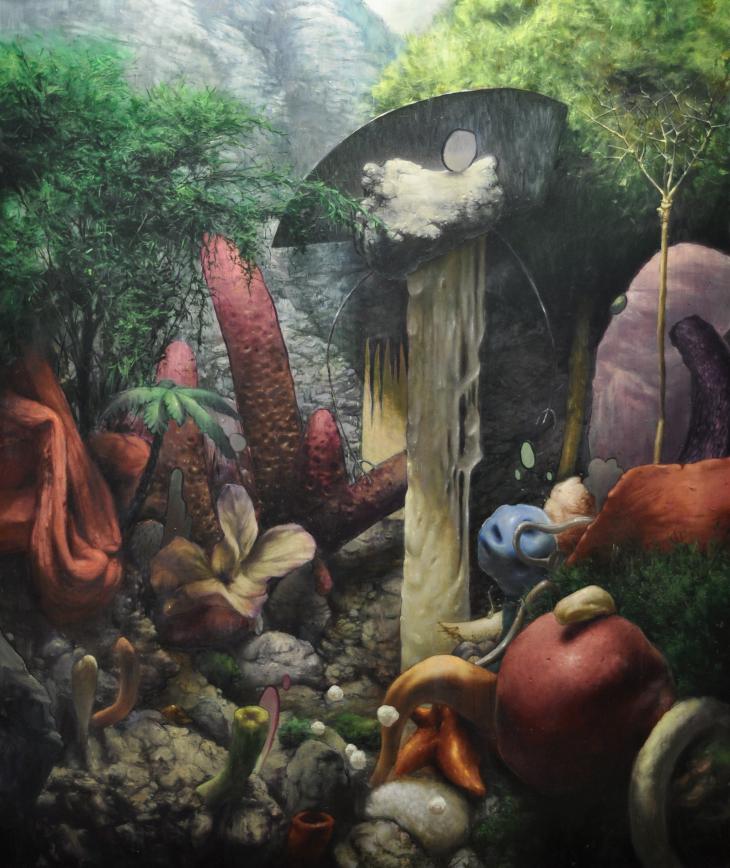 Marcin Zawicki (Szczecin/PL 1985) studied at the Academy of Fine Arts in Gdansk. His art is all about considerations around image and reality. To understand his paintings, it is important to know their process of creation: Each painting is based on a maquette - a three-dimensional sculptural model created by the artist. This unusual approach to his artistic work opens up a wide horizon of meaning, an understanding of how to make nature visible and recognizable, and of reality itself. Zawicki's paintings deal with alchemy and the thought constructs of the first philosophers; they are commentaries on the phenomenon of life itself, containing his reflections on the figure of the demiurge and the act of creation, as well as on the interrelation of being and visibility. The large-scale Golem-series is based on the myth of the golem - an artificial object into which life is breathed through a creative act. The clay model, transformed into a living being by a word or spell, reminds Zawicki of the act of transformation and the enchanted relationship between painting and its archetype.