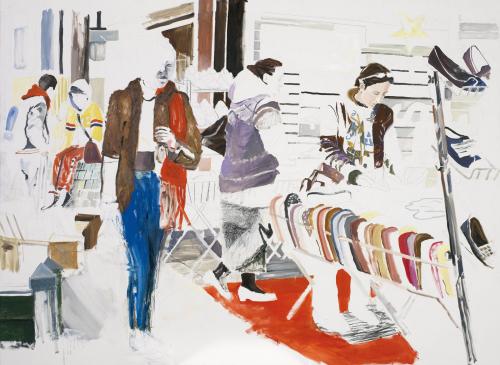 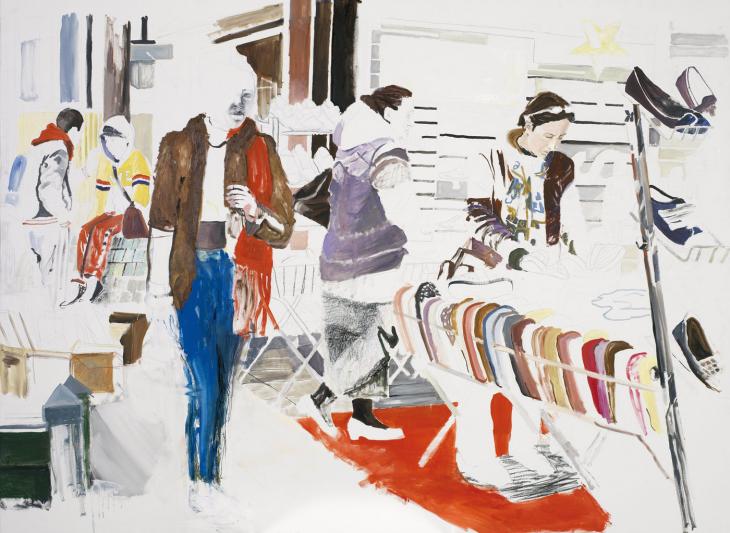 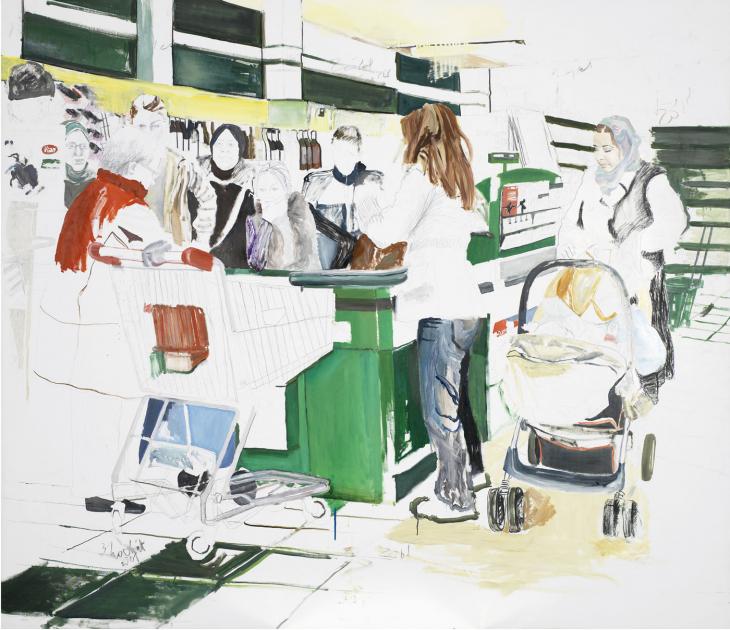 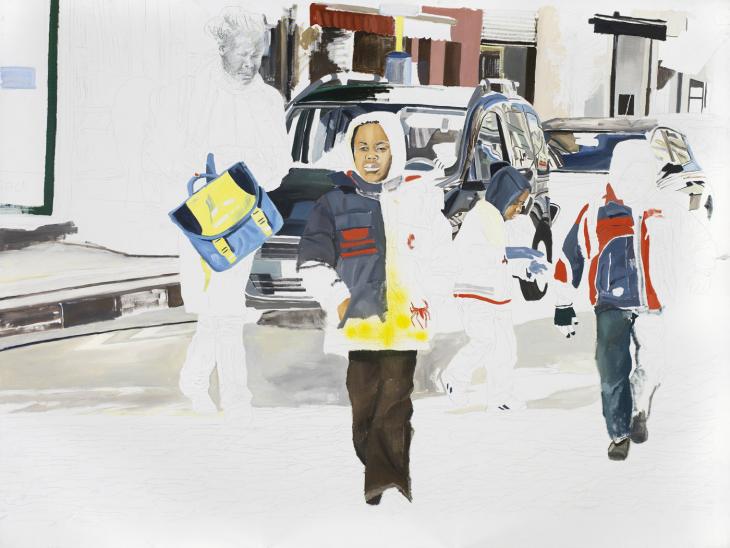 Kim Corbisier's (Anderlecht/BE 1985–2012 Vienna) large-format paintings seem unfinished at first glance, and yet they create the impression that brief moments of the hectic everyday world have been aptly captured. On view are not idyllic, perfect scenes or even interpersonal encounters, the artist rather focuses on the monotony of everyday life, the lack of compassion and interest, and sidelined, alienated, lonely people. Her view of complex relationships and all-too-often overlooked details is expressed in Kim Corbisier's paintings, photographs, and videos. The artist has also worked as an amateur actress - for example, as the protagonist in György Pálfi's award-winning 2009 film Nem vagyok a barátod (I Not Your Friend) - but as an astute and exceptionally sensitive observer of her surroundings, many of society's injustices and problems troubled her. Kim Corbisier's works are evidence of an independent way of painting and are characterized by strong dynamics, which arise from the interplay of delicate, sketchy lines, fine watercolor and strong oil paint. At the time of her recognition with the STRABAG Artaward, the young, extremely talented and versatile artist was at the beginning of a promising career that came to a tragic and far too abrupt end just five months after the opening of her solo exhibition at the STRABAG Artlounge.