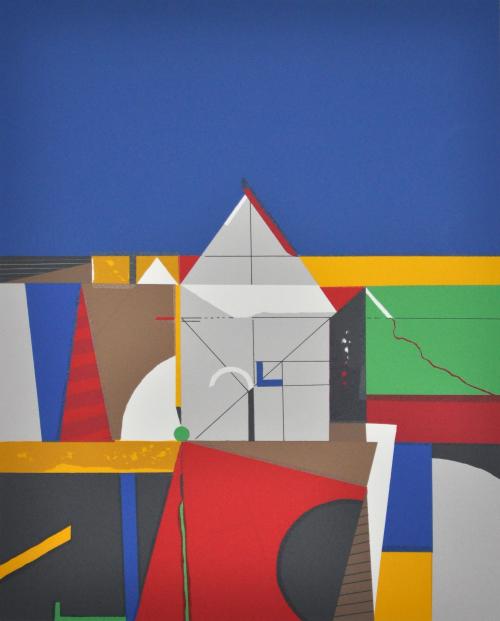 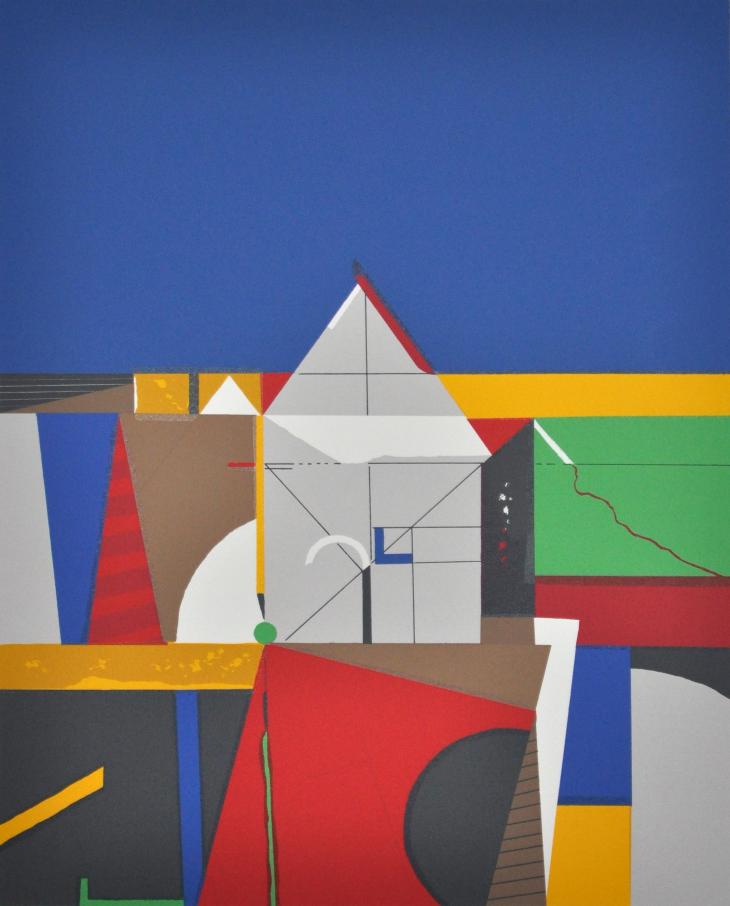 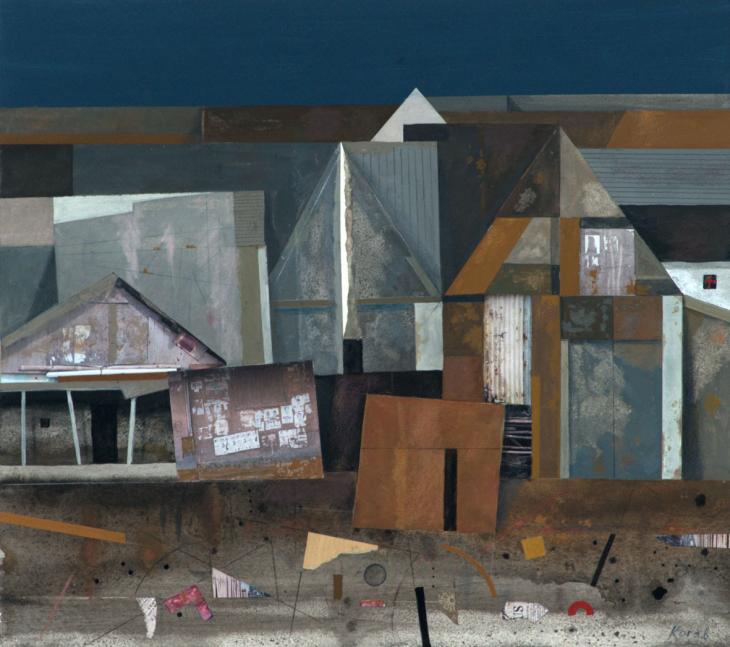 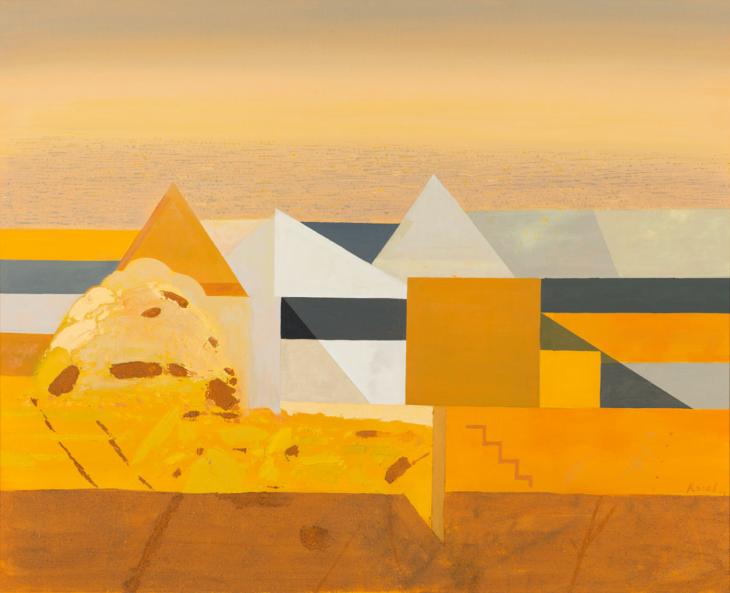 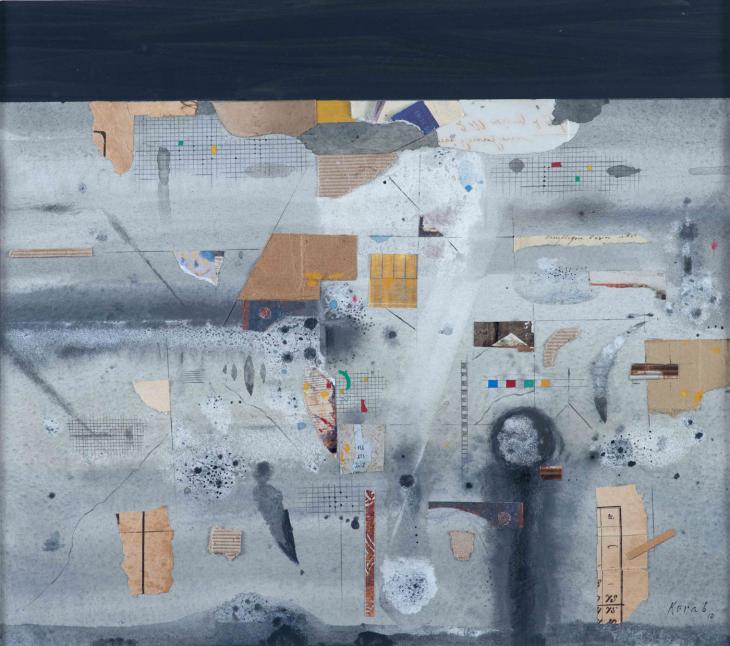 Karl Korab (Falkenstein, Lower Austria 1937) studied at the Academy of Fine Arts in Vienna under Sergius Pauser. He developed his own visual language early on, in which recurring forms such as houses and cubes are varied and developed again and again. Landscapes, old farmhouses, barns, still lifes, wine cellars crouched in the landscape and invented structures combine in the works of Karl Korab to form a new whole. An extensive œuvre consisting of oil paintings, graphics, collages and silk-screen printing in a characteristic language of form and color shows the wide spectrum and expressive power of Korab's art.