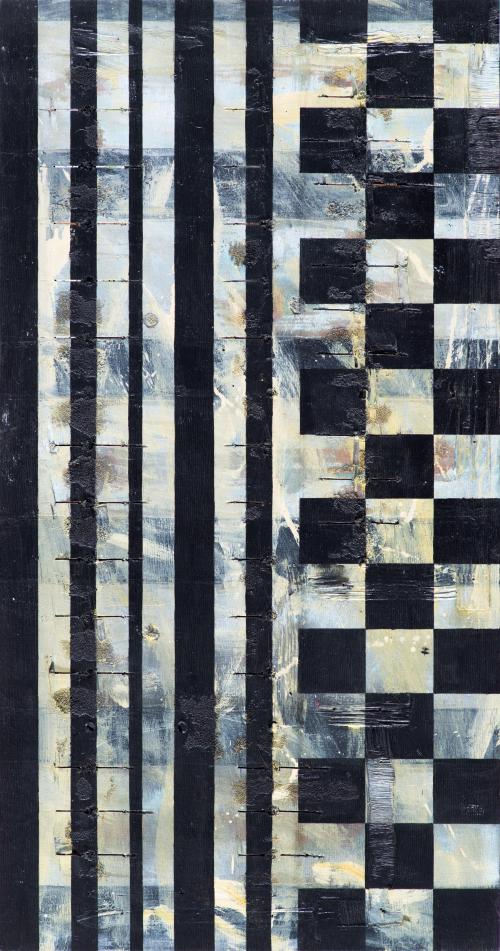 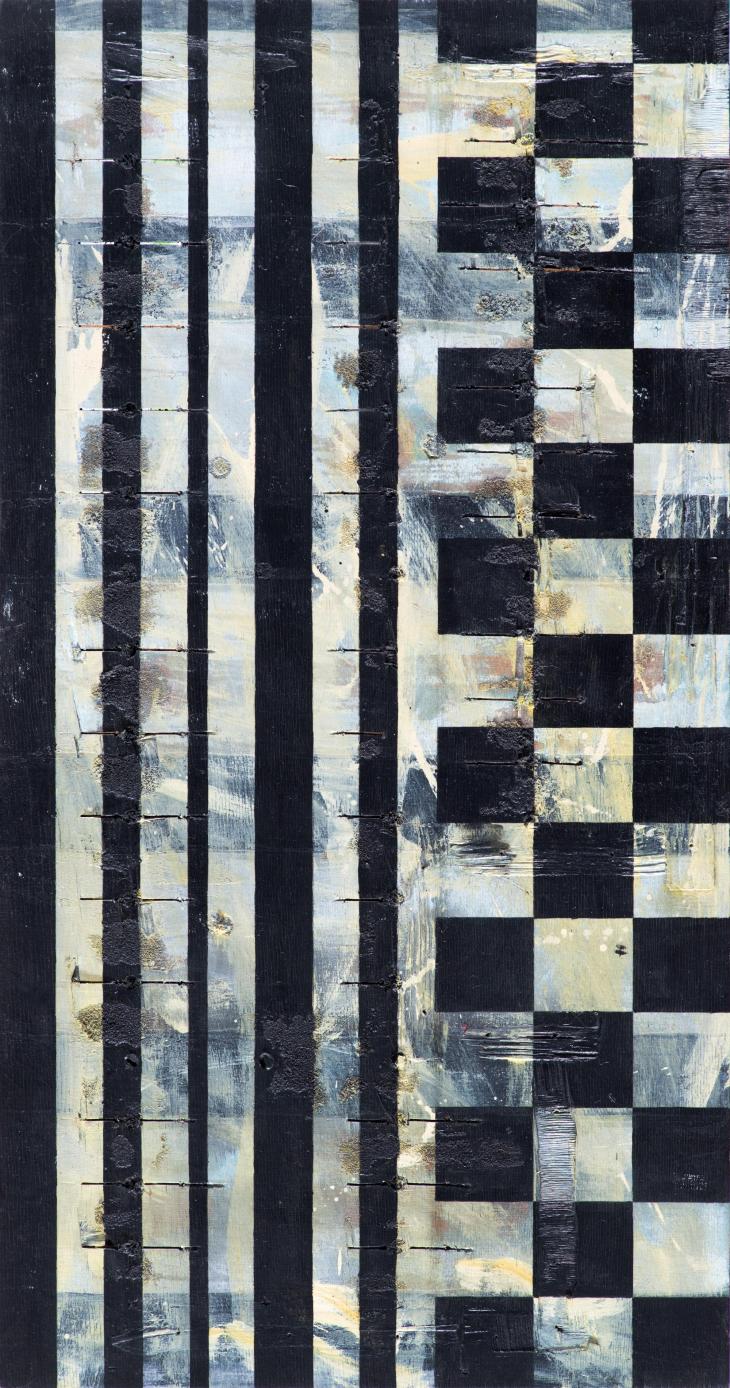 Roman Wagenbichler (Salzburg 1968) is a self-taught artist. In 1998 he received a Bauholding Kunstförderpreis, the predecessor of the STRABAG Artaward, and convinced the jury at the time with, among other things, vertical-format, narrow works made of wood, the surface of which is treated with printing ink. In his works, blurriness and geometric structures - in the form of grids - can be found in equal measure. The vertical black lines and the checkerboard-like pattern impose an order that seems completely contrary to the background of the picture with its delicate, yet strongly gestural color elements. Wagenbichler creates an additional layer through small, vertical scratch marks in the wood, which allow underlying layers to flash up. The interaction of rhythm and dynamics and a strict pictorial structure forms a coherence that functions in itself. Roman Wagenbichler lives and works in Staßwalchen.