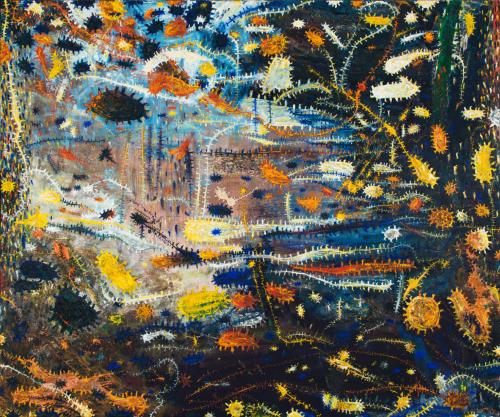 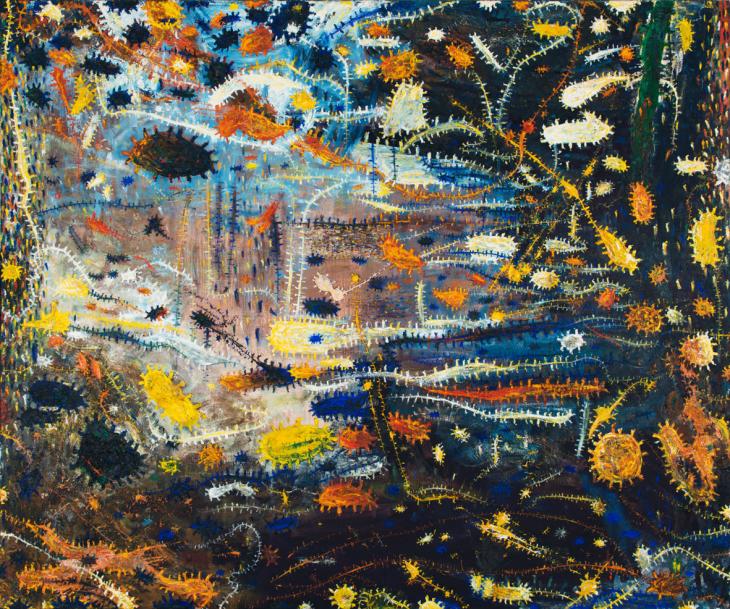 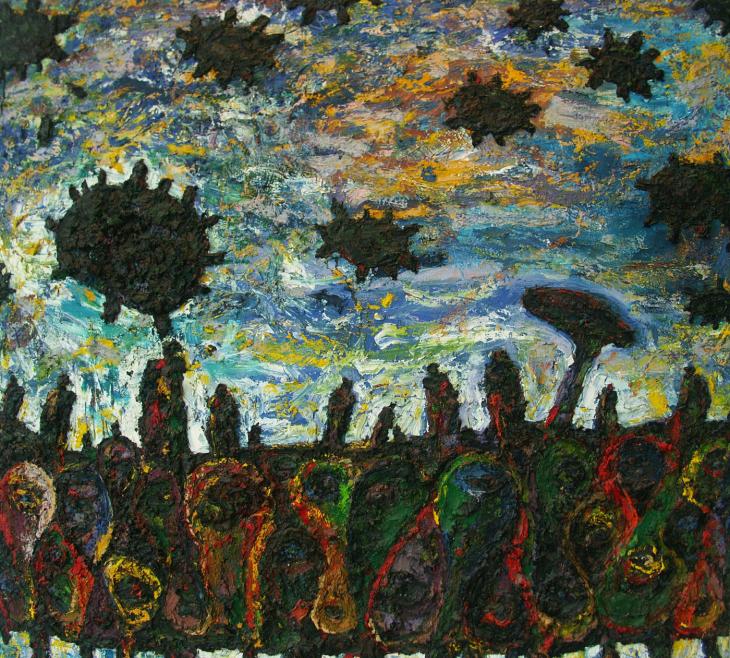 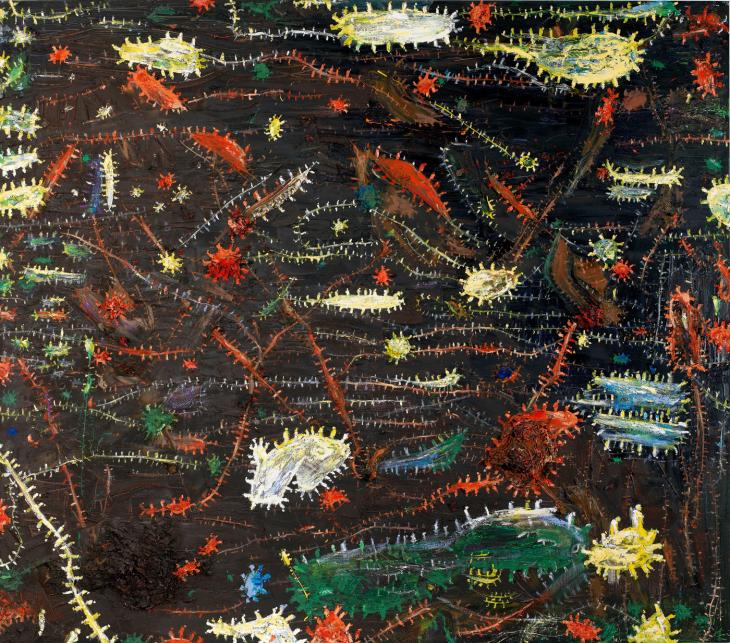 Gunter Damisch (Steyr/Upper Austria 1958-2016 Vienna) studied at the Academy of Fine Arts Vienna with Maximilian Melcher and Arnulf Rainer and taught there from 1992-2016 as a professor of graphics and printmaking techniques. In 1996 Damisch was awarded a Bauholding Kunstförderpreis, the predecessor of the STRABAG Artaward. With Hubert Scheibl, Herbert Brandl, Siegfried Anzinger and others, Damisch became known in the 1980s as one of the "Neuen Wilden." In his expressive, painterly works he dealt with so-called natural worlds and the micro- and macrocosm. “Flämmler”, “Köpfler” and “Blasensteher”, prickly little animals and streaky stick figures populate Damisch's densely populated œuvre and sometimes appear in the titles of the works. Gunter Damisch left behind a highly extensive oeuvre of paintings, sculptures, drawings, and prints.