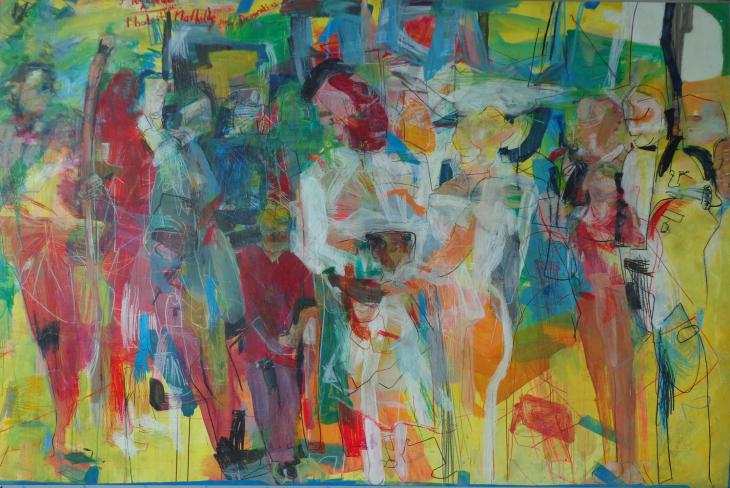 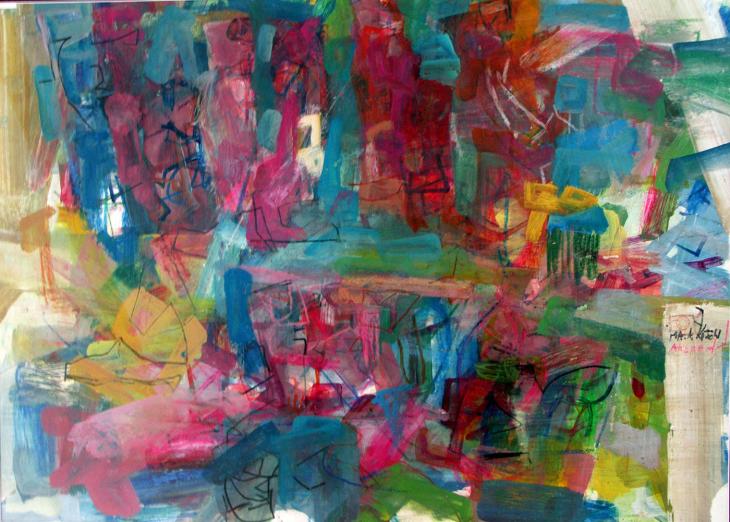 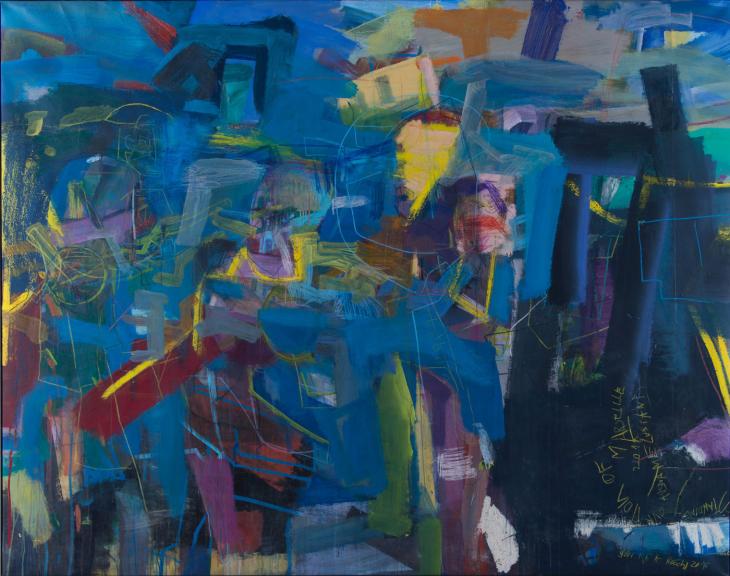 Alois Köchl (Klagenfurt 1951) studied painting at the Academy of Fine Arts in Vienna. His unmistakable ductus and his handling of materials define his work, with strong colors forming the basis of Köchl's compositions. Layers of color overlapping one another exhaust the medium of painting and underscore its intrinsic value. Köchl's pictorial spaces, however, also include strokes, contour lines, and scratch marks that define space and pictorial theme. On the picture surface itself, painterly and graphic elements overlap and flow into one another. This is also the case, for example, in the collection painting State of Emergency Marseille, in which the artist addresses the 2016 riots in the French city. The sketched figures consist only of thin, barely visible contours, provided with numerous color elements that surround and permeate them. In 2011, new works, including sketches from Osaka - inspired by Köchl's stay in Japan - were presented in a large survey exhibition at the STRABAG Artlounge. The spectacular basic design of a ceiling for the Ossiach monastery in Carinthia is conceived as a floating, modern spatial image and is on permanent display at the Festspielhaus Erl in Tyrol.