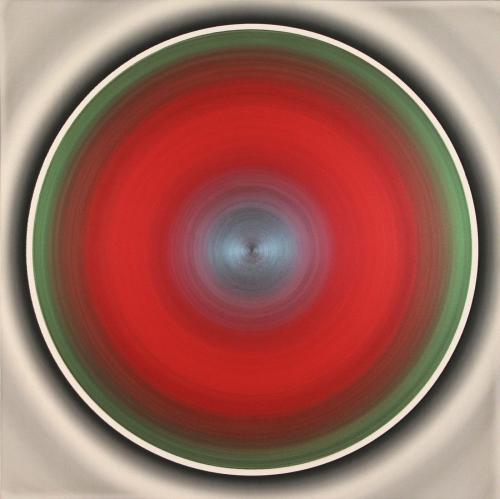 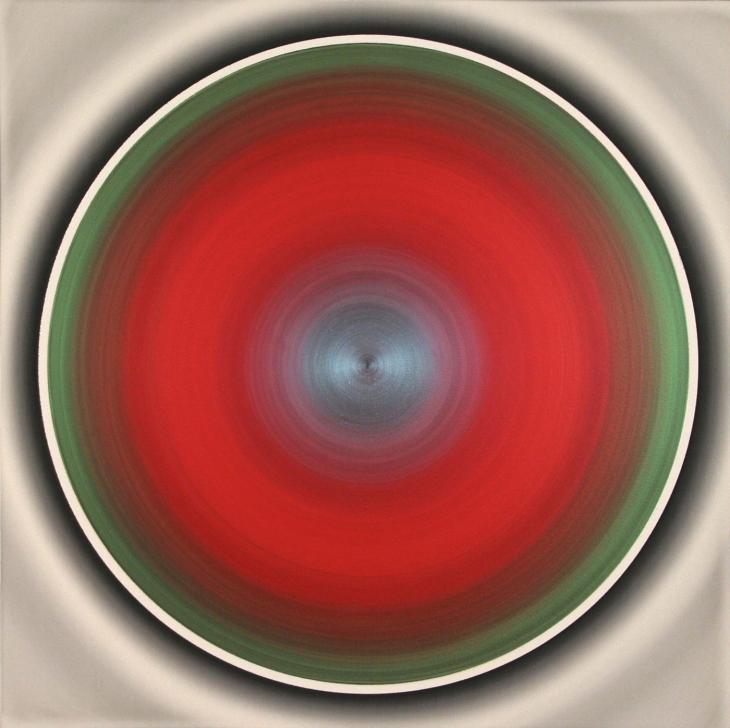 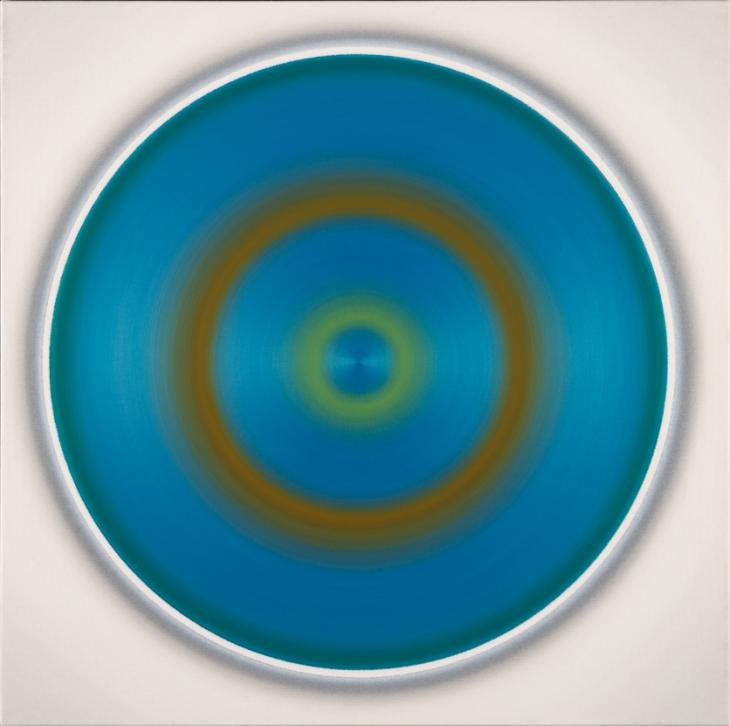 Robert Schaberl (Feldbach 1961) studied at the Mozarteum University in Salzburg. His "central forms" and masterful use of color make his style unmistakable. Countless paper-thin layers of paint are applied on top of each other by the artist in a specially developed technique. One is literally drawn into Schaberl's paintings as if into a maelstrom, they appear like tunnels of color or reflections and unfold different effects and iridescent color impressions depending on one's point of view, which are caused by the admixture of special pearlescent pigments - in order to fully absorb the visual change of the shimmering surface structure and the pulsation of the colors, one has to move back and forth in front of the works of art. Light, movement, and sweeping color reflexes are what make Robert Schaberl's paintings so fascinating.