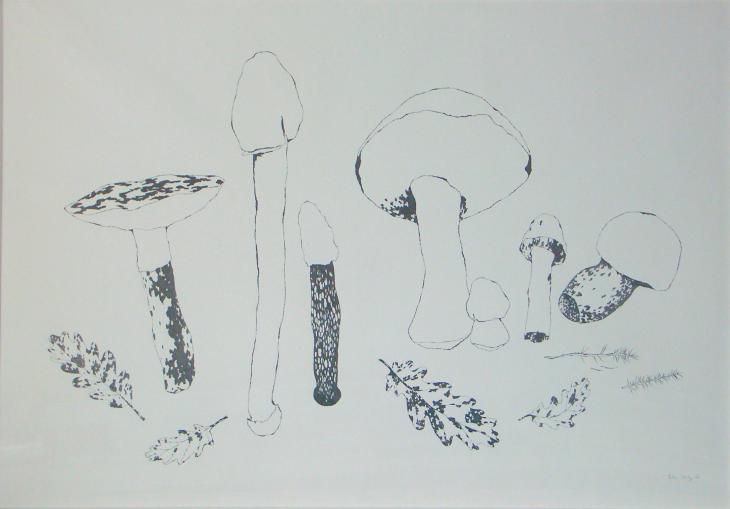 Petra Sterry (Graz 1967) studied at the University of Applied Arts Vienna. Her art makes visible what everyone should be thinking about. "With my environmental concerns, as with my illustrated texts, I am rather political," Sterry said in an interview in 2002. At that time, Sterry drew attention to environmental issues with illustrations of mushrooms, toads and fish. Later, she explored psychological sensitivities, spontaneous sensations, rationalized feelings, and existential themes with a psychological flair in her drawings, photographs, and installations. Basic human sensations such as discomfort, trauma, fear, lethargy, loneliness, sexuality, death, or joy are explored with the help of texts. Based on Franz Xaver Messerschmidt's famous character heads, the artist draws distorted and exaggerated portraits in ink that reveal the fragility of human existence. In participatory projects, Petra Sterry also places people from the margins of society at the center of the artistic production process.