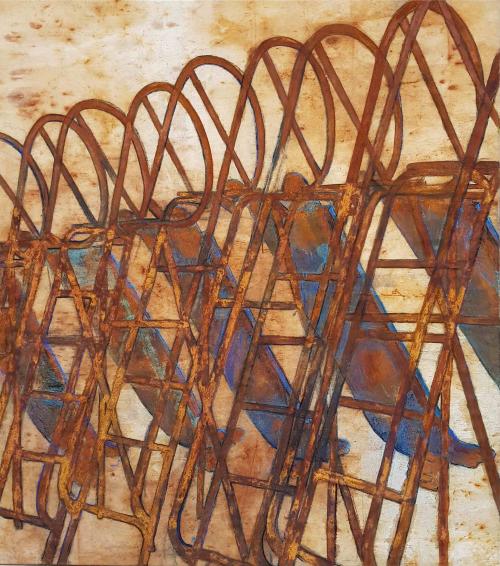 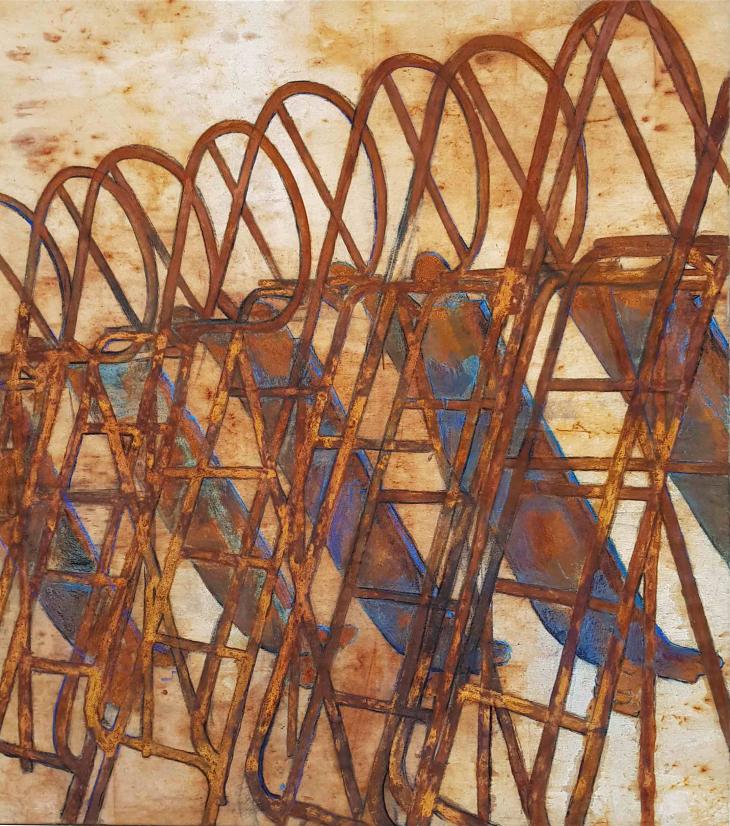 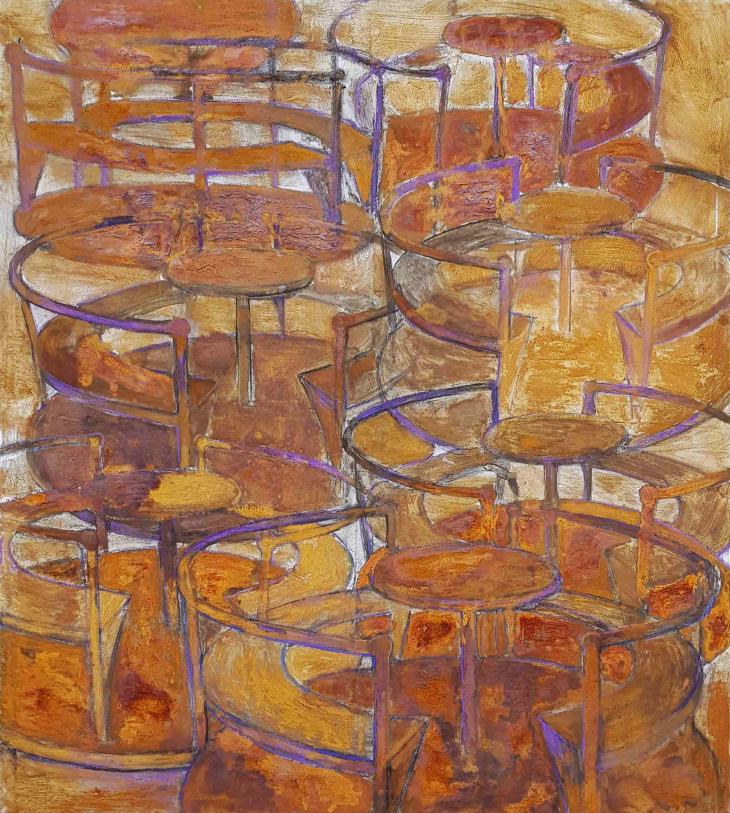 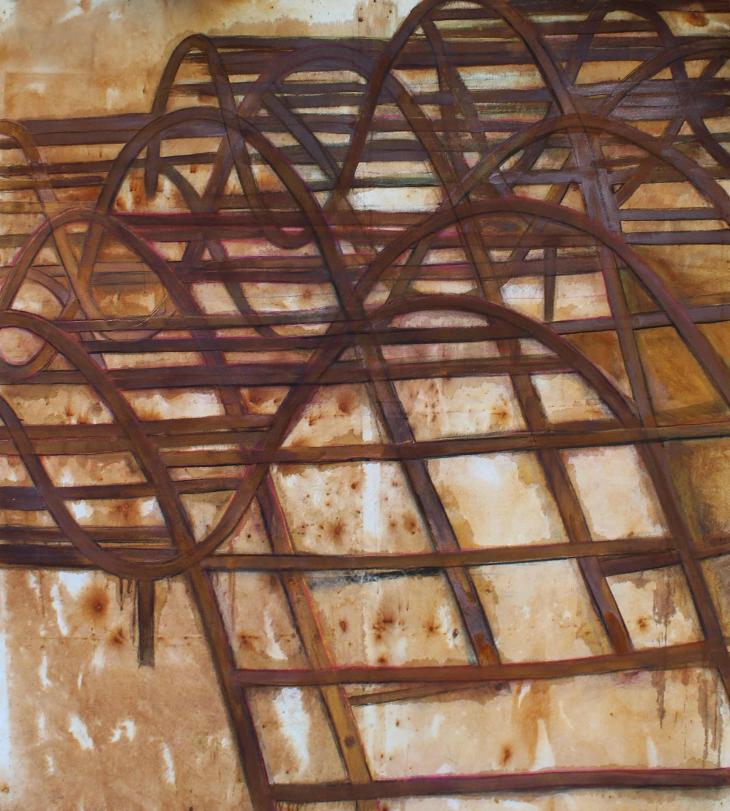 Slovak artist Natália Šimonová (Žiar nad Hronom/SK 1995) studied at the Academy of Fine Arts in Banská Bystrica. In her large-scale paintings, the artist deals with the structures of housing estates and the related aspects of collective memory. She paints very concrete objects, which she interprets as essential components of a socialist, urban settlement architecture and which today are abandoned to decay. Rusty merry-go-rounds, slides and swings become aesthetic references for the memories of her socialist-influenced childhood. In a classical manner, but also with unusual means, Šimonová approaches a representation of destruction - for example, she works with real rust, which is processual and continually changes in the pictures. The urban settlement architecture is also taken up by the artist in an extended sense, as she works installatively in public space and shows her works on the street. Natália Šimonová received a recognition award of the STRABAG Artaward International 2021.