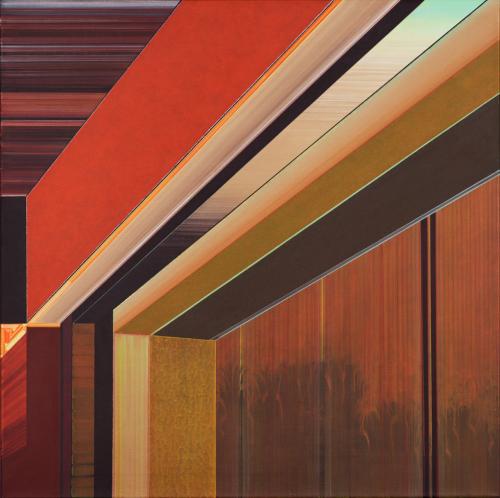 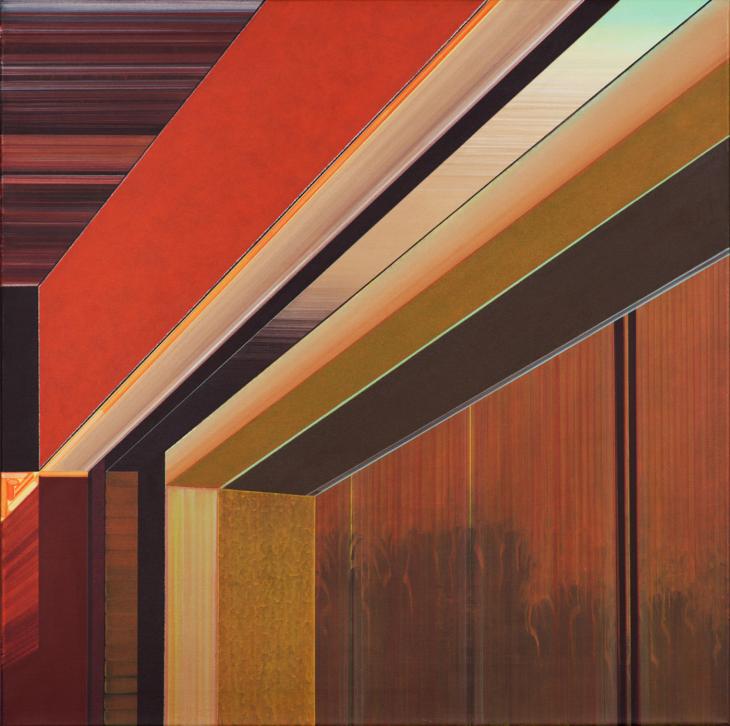 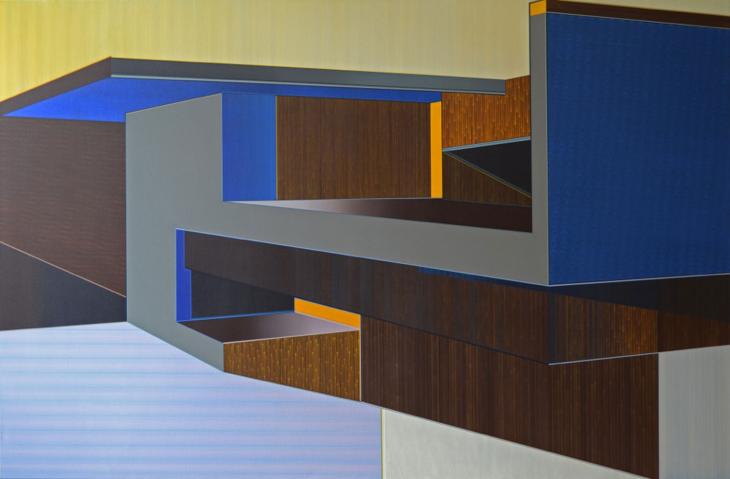 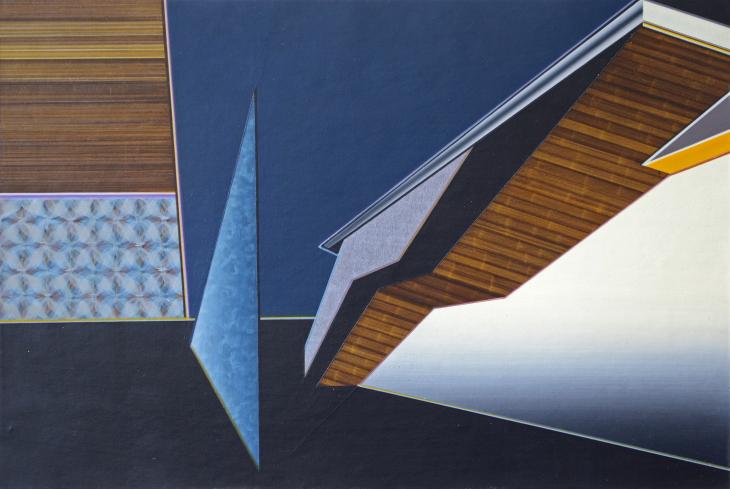 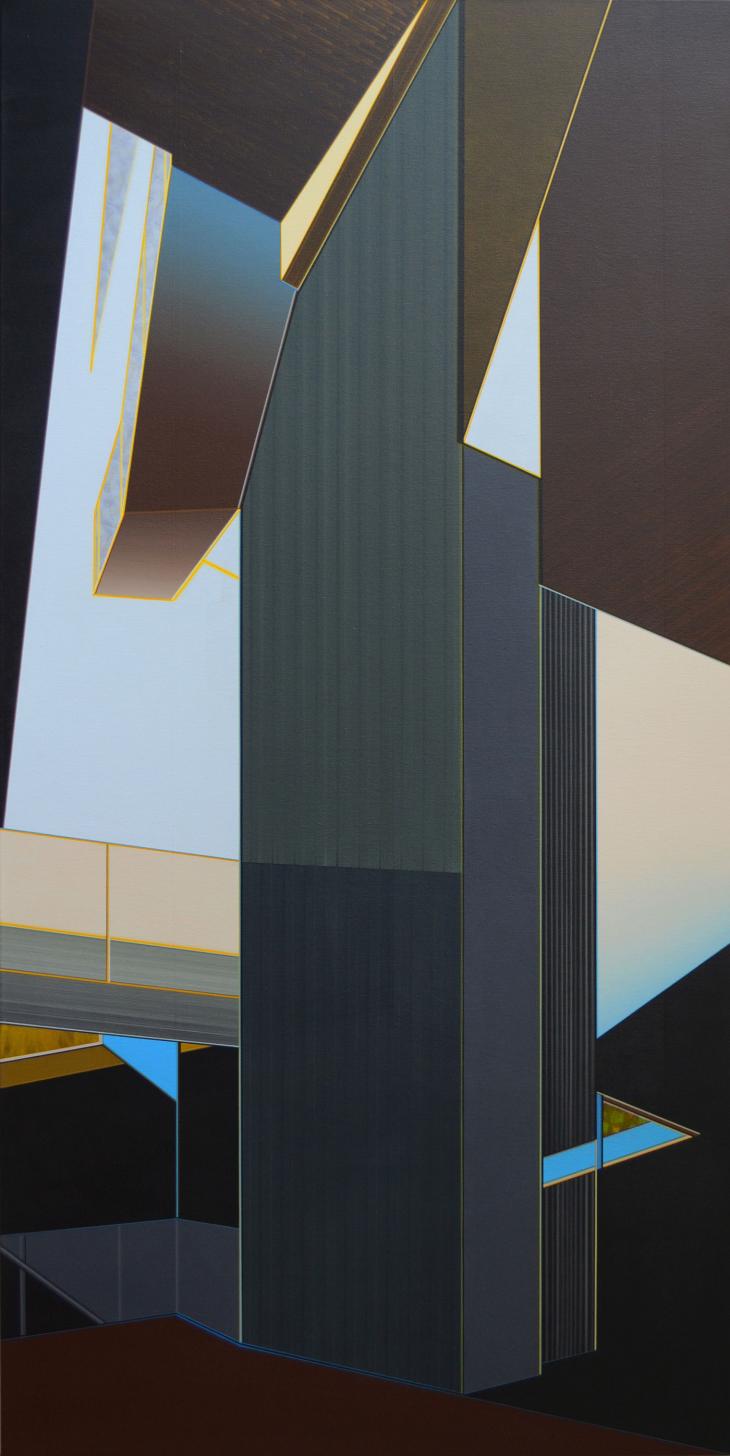 Aurelia Gratzer (Hartberg 1978) studied painting and graphic arts at the Academy of Fine Arts Vienna. She was the winner of the STRABAG Artaward International in 2010 and has been represented in the STRABAG Artcollection with numerous works since. Earthy colors dominate Aurelia Gratzer's paintings, interrupted only by the occasional flash of bright blue or yellow surfaces. At first glance, the paintings seem like a comprehensible system of surfaces, lines and structures. We think we recognize architectural details, rooms or objects. Only at second glance do the works unfold their irritating effect. Aurelia Gratzer plays with our and her own imagination. Everything in the pictures is deliberate and planned, nothing is left to chance, so that each picture forms a complex, self-contained system.