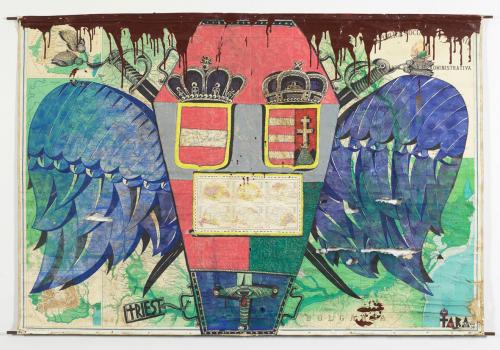 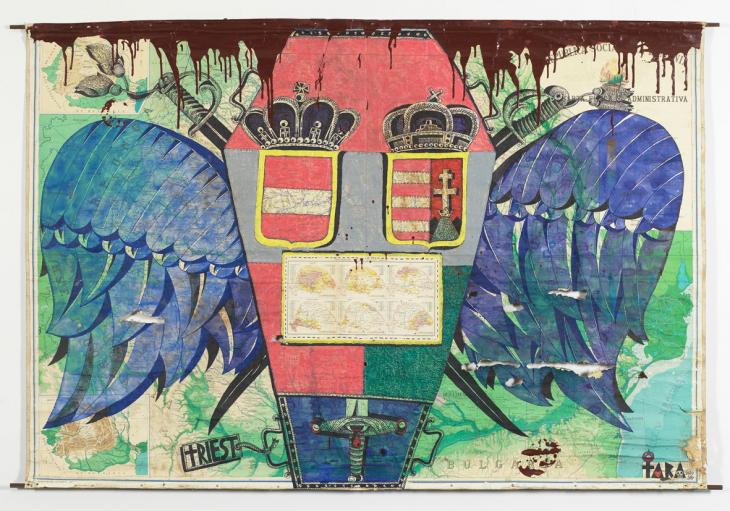 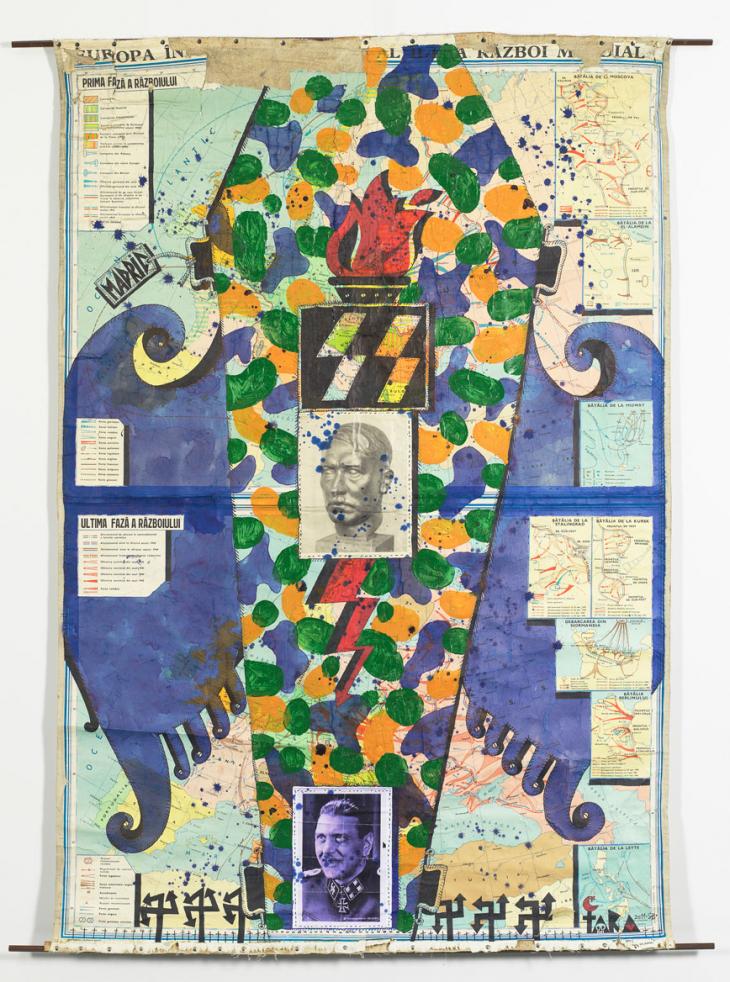 The Romanian artist Tara von Neudorf (Luduş/RO 1974) studied at the University of Art and Design in Cluj-Napoca. In 2012, he received a STRABAG Artaward International recognition award. Von Neudorf's strong interest in contemporary history always flows into his work, whether through depictions of well-known historical symbols, flags, and devotional objects or through images of historical figures. In doing so, the artist sets out in search of a Romanian identity that has been shaped over time by many different political ideologies and by the multi-ethnic population structure consisting of Germans, Romanians, Roma and Hungarians. Von Neudorf often uses old maps as support material to artistically bring together a conglomerate of historical events. The artist now lives in Sibiu, Transylvania, one of the most historically rich areas of Romania.